City may expand restaurant patios across Toronto to help with social distancing this summer - TRNTO.com
Skip to content 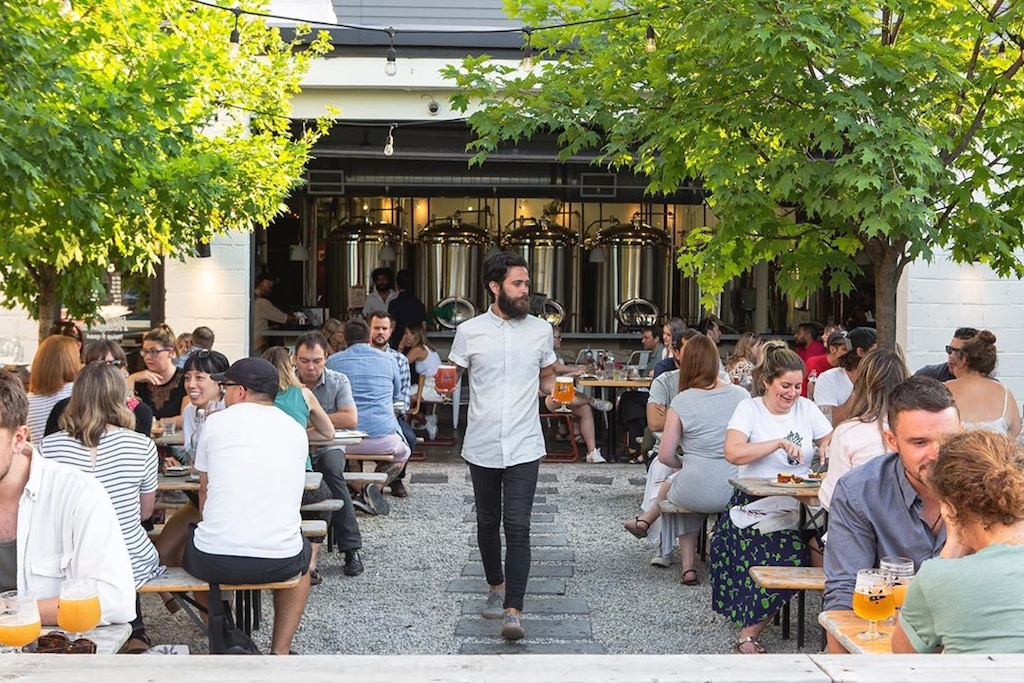 Toronto’s patio season might be back with a bang this summer as the city looks for creative ways to support the restaurant industry while it recovers from losses incurred during the pandemic.

In an interview with CP24 this week, Mayor John Tory said that he’s evaluating the possibility of expanding restaurant patios in some areas of the city, as the province inches closer towards reopening.

Dates and guidelines for restaurants and bars reopening have yet to be set, but most are already preparing to operate at reduced capacity so diners can continue to practice social distancing.

Expanding restaurant patios is one option that could allow restaurants to cater to more diners and boost their revenues, while still maintaining appropriate space between tables.

It’s a strategy that’s already being implemented by many European cities emerging from the pandemic, including Lithuania’s capital, Vilnius, which is operating as a “giant outdoor cafe,” with restaurants permitted to set up tables in plazas and streets.

In Canada, Calgary and Winnipeg have already introduced temporary measures that make it easier for restaurants to establish outdoor dining areas, and similar policies are being considered in Vancouver.

I will be presenting this motion Wednesday designed to assist dining districts and restaurants across the city w room to expand outdoors. We want to be ready to serve when the time comes. pic.twitter.com/sPu9vO98Jv

In Hamilton, ward 2 councillor Jason Farr is putting forth a motion this week that calls for the creation of “outdoor dining districts.”

Farr suggests these areas could be set up in streets and parking lots near groups of restaurants, acting as open-air food courts.

“I think not only could it provide us with a source of more enjoyment this summer after all we have been through this winter and spring,” said Tory in his interview with CP24,  “but also I think that it could be a lifeline for some of the restaurants, especially in light of the fact that they will probably be required to have tables further apart inside and outside.”

Tory’s staff are reportedly putting together a list of possible locations in the city where restaurant patios could potentially be expanded.

“I think we can sweep away some of the red tape and get this done as a way of making the city friendly for everybody but also our friends in the restaurant business,” he said.