How Toronto’s Michelin-starred chef went from $500 per person sushi to an affordable delivery menu | TRNTO.com
Skip to content 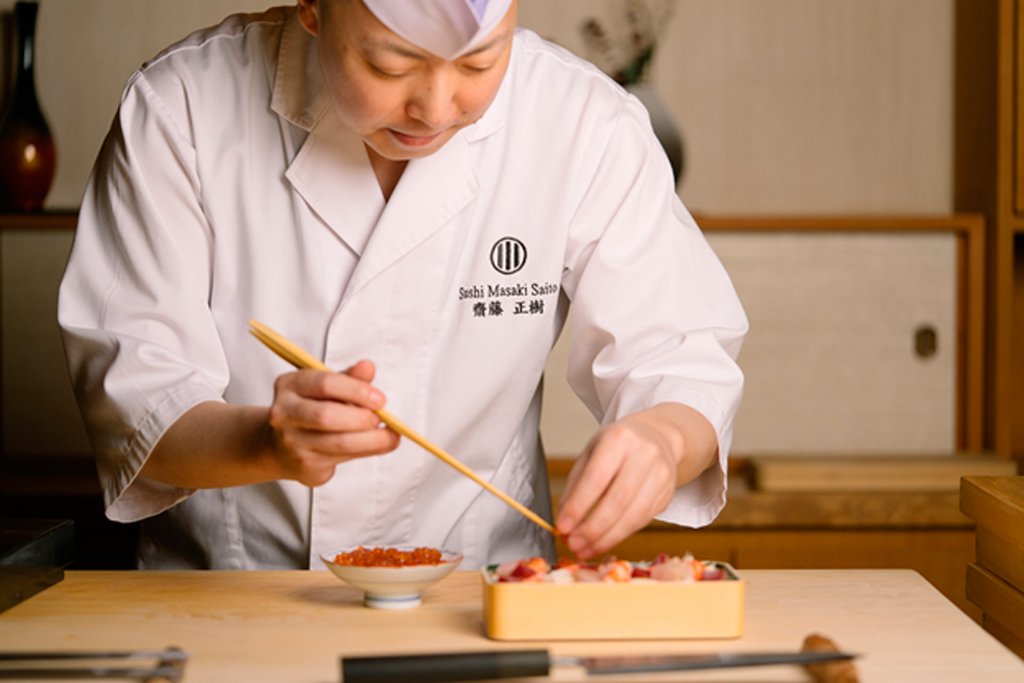 If you’ve been upping your delivery orders since the COVID-19 outbreak, you’ve probably been discovering that not all takeout food is created equal and some meals survive the transport better than others. Many of the city’s high-end restaurants have had a steep learning curve as they adjust their menus and create delivery meals worthy of their considerable price point.

One of the most interesting and ambitious restaurants to take on the challenge is Sushi Masaki Saito, which launched a new delivery program this week. The unparalleled dining establishment has captured headlines since it opened last year for its exceptional cuisine, hard-to-get reservations, and its prix-fixe menu which goes for an eye-popping $500 per person.

Like Blueblood Steakhouse, another high-end restaurant that recently reopened for delivery, the Sushi Masaki Saito team’s decision to start offering delivery came down to keeping their staff employed. “We thought it’s just going to be one or two months, but the situation has been prolonged,” says Kamen Sun, COO of the restaurant group behind Sushi Masaki Saito, which also owns Shoushin and Tachi. 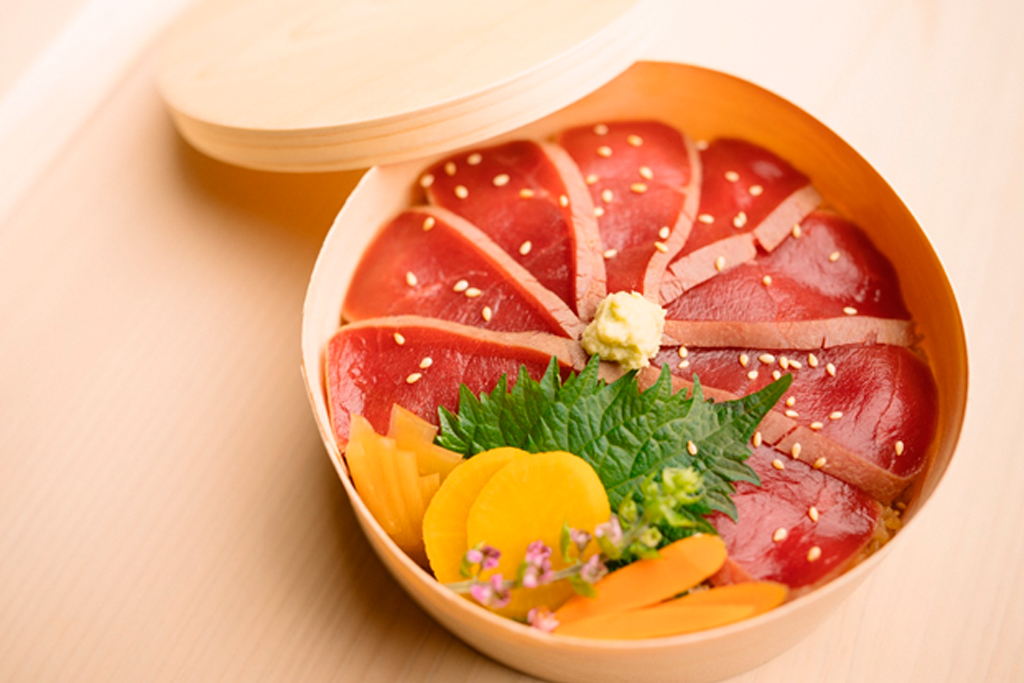 When it became clear that dining rooms were going to be closed for several more months at a minimum, Sun says they didn’t want their employees to continue being out of work for the foreseeable future.

As with Blueblood, dropping their prices to reflect an at-home experience versus a restaurant dining room one was part of the strategy behind Sushi Masaki Saito’s new menu.

Deliver to the comfort of your home. Personally made by the Two Michelin Star Chef, Masaki Saito.

Instead of a set $500 dinner, the Masaki Saito delivery menu features dishes priced as low as $58. “It’s not about making money now,” says Sun. “It’s more for our chef to enjoy making something for people who are staying at home.”

It’s not cheap, but when compared to what you would normally pay for a meal prepared by a Michelin-starred chef, it could be considered a bargain.

Saito is preparing all the food for delivery personally, which means that although getting in your delivery order might not be as tough as snagging a table at his restaurant, there’s still a certain exclusivity to these meals.

The brief menu features only four items, and each is capped at 10 orders per day. Orders must be made by phone one day in advance and delivery charges vary based on your location. 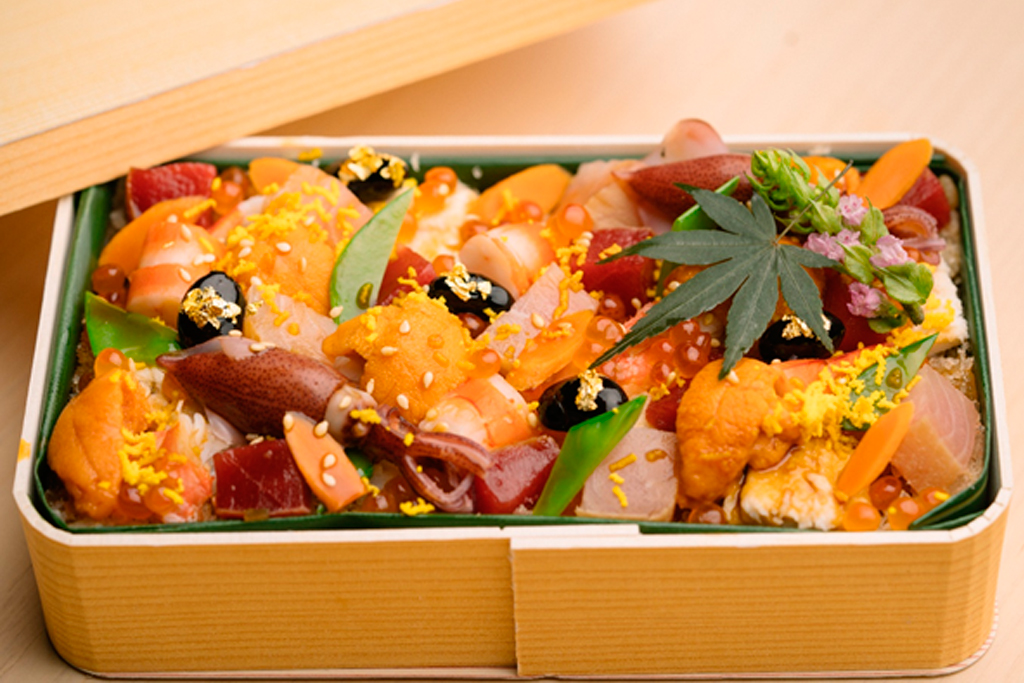 The name probably tipped you off that Sushi Masaki Saito typically specializes in sushi, but shifting to delivery also meant veering the menu away from the dishes the restaurant is known for. “We always say that sushi has to be enjoyed when it’s fresh. You have to eat it right away, says Sun. “So he [Saito] designed the menu items for takeout, so it’s high-quality and won’t be compromised by delivery.”

Although the menu focus has changed, dishes are still based on seasonality and what the restaurant is able to import fresh from Tokyo. Saito is known for his edomae-style sushi, a technique that involves marinating the fish before serving it, and he’s bringing a similar culinary approach to the new menu items.

“It’s still the same as when he prepares sushi,” says Sun, describing how various ingredients can take multiple days to make. For example, Saito’s signature monkfish liver, which is served as part of a special Chef’s Selection box, is slow-cooked in red wine for three days.

Sun says the team plans to continue the delivery program until the restaurant is able to open again. “That’s our goal, to keep people employed and hopefully continue to bring the public different selections,” says Sun. “Especially people celebrating birthdays and anniversaries who are thinking: we can’t go out but how can we have a nicer meal?”