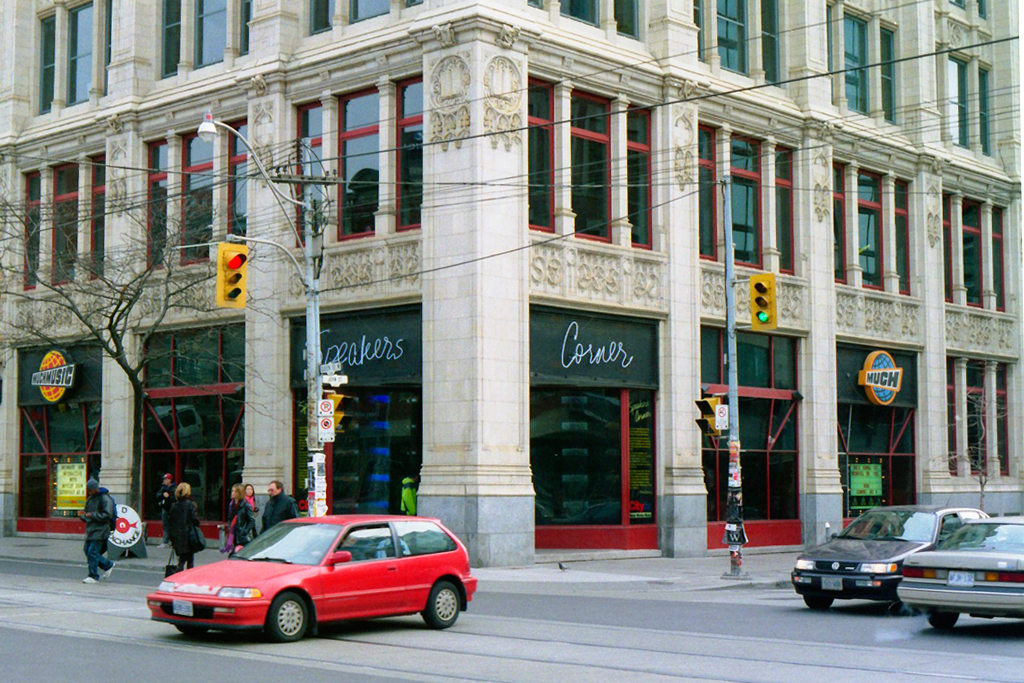 Drake. Joni Mitchell. The Weeknd. Rush. When you think about it, Toronto actually has produced a huge amount of musical talent. But there is so much more than most people are currently unaware of, and a new online exhibit hopes to remedy that unfortunate situation by introducing people to groundbreaking talents from Jackie Shane to Michie Mee.

Sounds Like Toronto, which launched on Feb. 4, was created by Heritage Toronto, in collaboration with Plank Multimedia, and is the largest project the agency has ever created.

The online exhibit, three years in the making, includes 35 stories recalling the city’s artists and venues, complete with old photos, exclusive audio and video interviews, interactive tours and even a 3D interactive model of the famous Speakers Corner booth.

Some prominent bits of local lore include Michie Mee’s rap battles at the Concert Hall, Buffy Sainte-Marie’s protest songs at Yorkville coffeehouses, and Drake’s record-breaking hits that spotlight “the 6ix.”

It is organized into four “narratives” that cycle through the city’s musical past, from “Beginnings” that features artists such as Barenaked Ladies and Rush, to “Making It,” where Toronto acts like Drake and The Weeknd went international.

The website also shows how Toronto’s music has played into social activism, both in the city and abroad. Toronto artists have been pushing for causes way before it was fashionable, from Buffy Sainte-Marie representing Indigenous rights to Lillian Allen giving Black people a voice and Fifth Column, an experimental Queercore punk collective.

“The social justice movements of the past 65 years in Toronto have a soundtrack,” Heritage Toronto executive director Allison Bain said in a statement. “Sounds Like Toronto features artists whose music provides messages of hope and healing, calls to resist and for social change. Their work resonates today. Sounds Like Toronto highlights how music can keep us connected to our city and to each other.”

Sounds like Toronto doesn’t forget about the city’s famous venues either, and has collected old photos and documents that date back to as early as the 19th century for venues such as Massey Hall, El Mocambo and the Horseshoe Tavern.

Check out the website to appreciate all the city has offered, with much more to come.