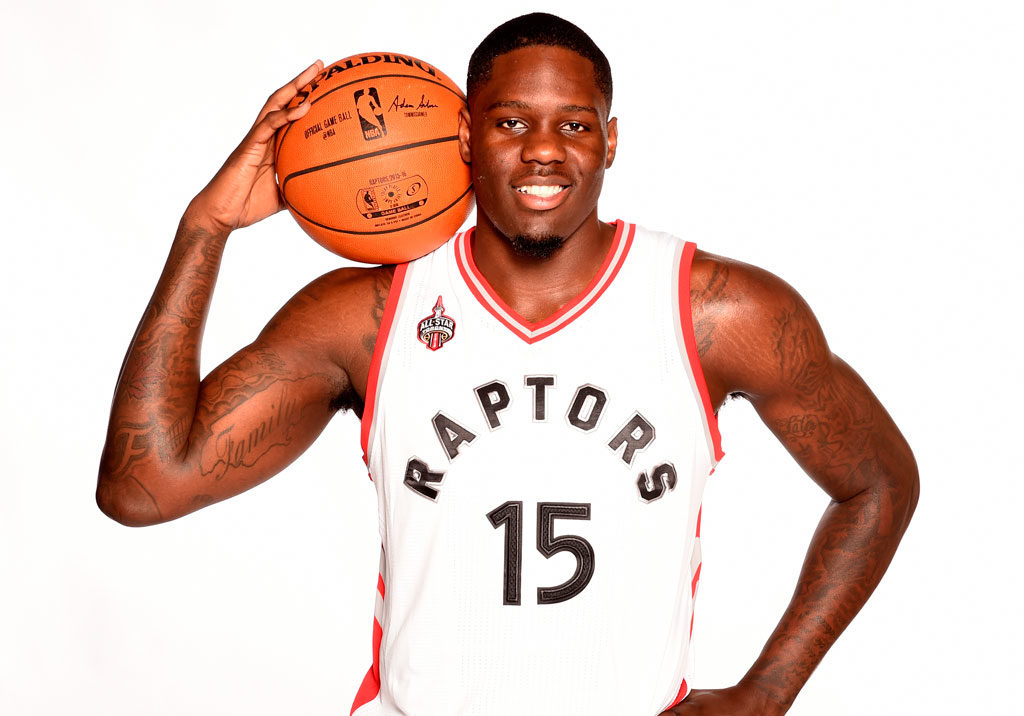 Anthony Bennett is a powerful six-foot-eight-inch and 245-pound basketball player who was selected by the Cleveland Cavaliers as the number one pick in the 2013 NBA draft, after completing a stellar and single year for the storied Runnin’ Rebels of the University of Nevada, Las Vegas. A familiar story to be sure, until we find out that Bennett is … from Toronto? Bennett was the first of two local players selected as the top draft pick in back-to-back years, which announced to the world that the city is a budding basketball hotbed. After an injury plagued two of his NBA seasons, Bennett signed with the Raptors and headed home to get ready for the new NBA season that kicks off on Oct. 28 at the Air Canada Centre.

After a stint with the Minnesota Timberwolves, how does it feel to be back in Toronto?
You know, back home family, friends, all the great fans here in Toronto and even in Canada … it’s just a great opportunity.

You were the first selection in your draft year, and it seems like a coming out party for Canadian hoops in general. How did it feel?
Definitely a huge stepping stone in my career because I’m from Canada. You know, it’s a lot of work, and I’m working every day to get better.

When you were starting out playing ball around Jane and Finch, who were your idols?
I always watched Vince Carter, you know, because he played here for a while. I used to watch his games, and you know, everything about his game is just so crazy, so he kind of influenced the whole community to play basketball.

What’s the mood of the team at training camp so far?
Everybody is on the same page, you know, winning attitude. Everybody wants to get better and for the most part everybody’s focused: the players, coaching staff, we are making sure everybody’s on the same page so that we can reach our goal.

How do you feel you fit in best with the team on the floor?
You know, every time I go out there, I just try and do all the little things well: run the floor, rebounds, defence, top on defence. Offence will take care of itself.

You’ve had a few injuries early in your career. Are you healthy now?
You know, it’s been pretty nice. I’ve had the whole summer to work out, and I haven’t really had that in the past … with the other injuries. I feel in shape, conditioned with all the Team Canada stuff I’ve been doing, and I’m really excited for this season coming up.

How important is it for you to foster the young talent in the GTA and get them to follow your lead?
Just pretty much helping them stay outta trouble, you know, with anything, be it with school or sports or boys and girls clubs. But for the most part, personally for me, it was basketball and the boys and girls club that had me stay out of trouble in a rough neighbourhood. There’s different situations for everybody, so staying out of trouble is the best thing.

How do you like to spend your free time in Toronto?
I mean, since I’ve been back, I’ve been spending it pretty much with family. I haven’t really had a chance to do that in the past, because I’ve been in Cleveland, but I’m here in Toronto now, and it’s only like a 30-minute drive to my mom’s house, so I’m always over there.

How incredible is that to have two Toronto guys, you and Cory Joseph, playing for the Raptors?
Definitely a great experience. A great feeling for both us, you know. He was pretty excited once everything happened with him, but we’ve been playing on Team Canada with each other. He’s real cool, down to earth.