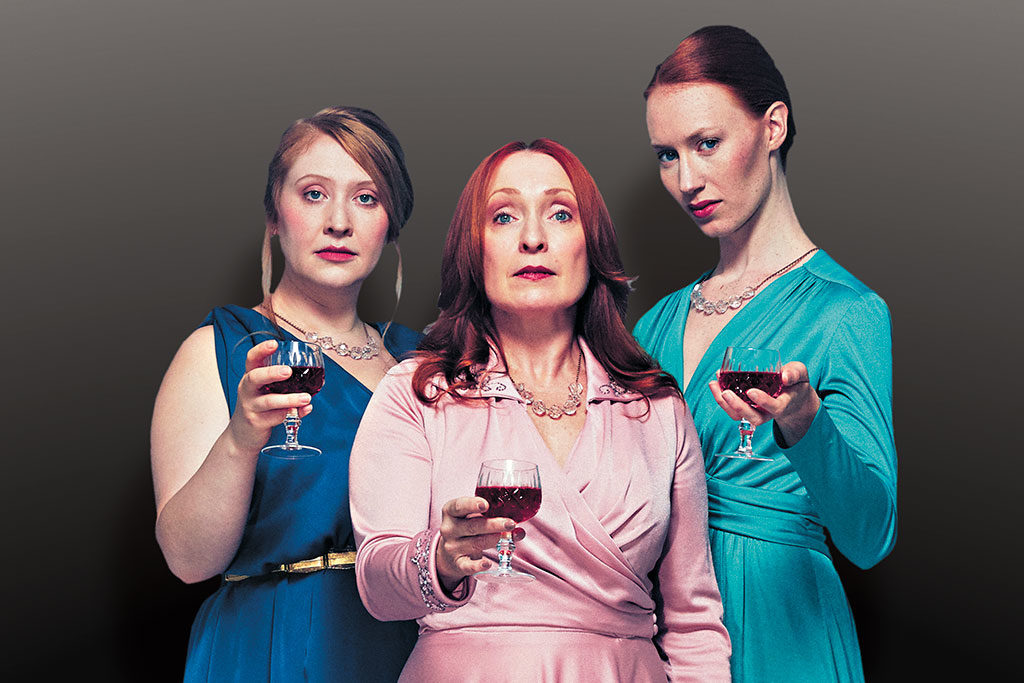 Upon entering historic Heliconian Hall this month, audience members will not only partake in an evening of musical theatre, they will also join a cult and witness the funeral of its leader. This is immersive theatre unlike any performed in Toronto. Who knows what might happen?

Dr. Silver: A Celebration of Life, which opens Sept. 13, is the latest offering from the city’s premier purveyors of this artistic fare, Outside the March, in a collaboration with the Musical Stage Company.

The production was created by Toronto musical theatre dynamos (and sisters) Anika Johnson and Britta Johnson, who responded to Outside the March’s call for submissions with their wild tale of the funeral of a cult leader.

“It’s a pretty fun task to make our audience feel as though they are members of a cult,” says Britta Johnson.

Immersive theatre is one of the most popular new trends to develop in stage works as a way to compete for attention with all the streaming services and such keeping the posteriors of potential patrons plunked on couches in the comfort of their own homes.

“The music is very evocative and puts you in the mood right away.”

But don’t worry, nobody will be asked to sacrifice a virgin or drink anything beyond possibly some Kool-Aid.…

“The conceit, the assumption is we are there to perform a ritual and sometimes the audience might sing along,” says Anika Johnson. “They become the congregation of the funeral. Nobody has to improv or anything.”

In Dr. Silver there is no dialogue and music is a constant.

“The music is very evocative and puts you in the mood right away,” says Britta Johnson. Much of the background music is courtesy of the cult’s own choir,  the Silver Singers, made up of students from Toronto arts high school Wexford Collegiate, where Britta has been a guest artist for a number of years.

“It’s a really cool partnership to work with the kids,” she says. “The commute is a little rough (the school is located in Scarborough), but they’ve been doing an amazing job.”

Dr. Silver is directed by Mitchell Cushman of Outside the March.

The Johnson siblings, who wrote the book, music and lyrics for the production, were born and raised in Stratford, Ont., home of the Stratford Festival.

“Our parents were pit musicians at the festival, so we kind of grew up in theatre,” says Anika. “We would see musicals 14 times because our parents were playing in them and didn’t know what else to do with us.”

With musicians as parents and grandparents (and another sibling in opera), it is no surprise musical theatre was their calling.

“It is a huge part of our shared language and world, says Britta.

“It was kind of like being raised in a musical cult,” says Anika. “Not as serious as this one, though.”