How can the city implement change with the Toronto Police outside public control? - TRNTO.com
Skip to content 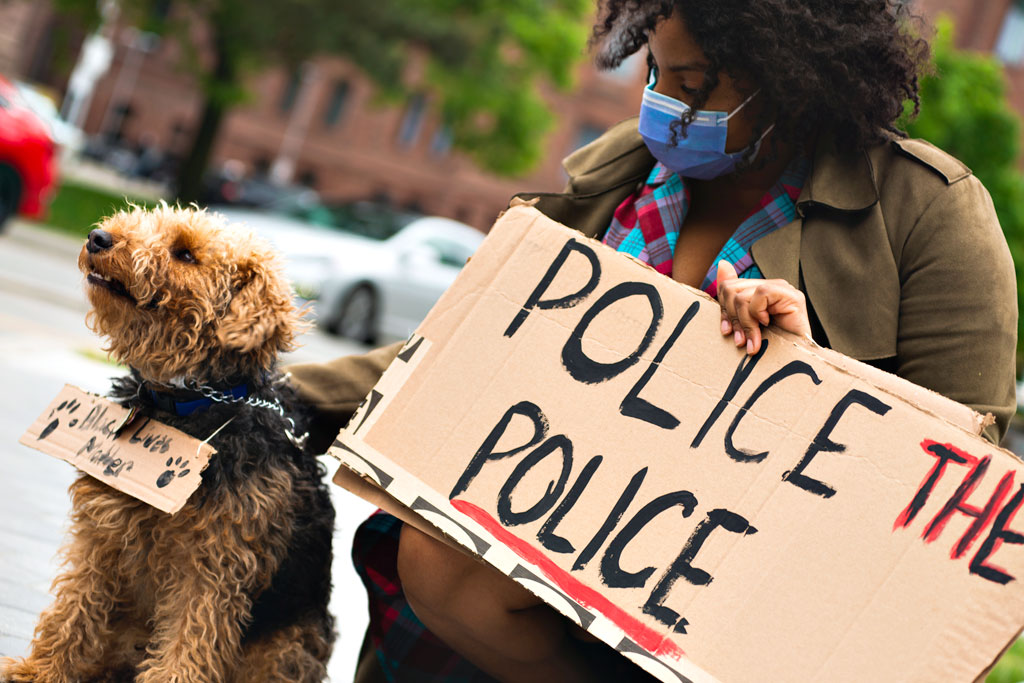 The Toronto Police Service is a hard nut to crack. It seems impervious to progressive change.

And the body which governs it, the Toronto Police Services Board, is simply an enabler, confirming the worse characteristics of the police. On the surface it looks like the board is a civilian control body — Mayor John Tory, councillors Frances Nunziata and Michael Ford, Jim Hart who is the chair and is appointed by Toronto City Council and three provincial appointees — but it simply rubber stamps what the police service wants.

I wish, at this time, when change in the way policing is done has so much support, that things were different, but that is wishful thinking. Policing is an organization that is systemically out of public control.

The police practice of carding involves stopping and questioning people, but Black, Indigenous and people of colour were stopped three times as often as white people. For six years the board defended this discriminatory practice from those who wanted it stopped. Finally, the provincial government intervened with a regulation that has ended carding. The board and the service were never part of the solution: they always defended this kind of discrimination.

Also consider the police response to those in mental crisis. For the last decade the board has refused to make first responders the unit of a plainclothes officer and a mental health nurse, rather than armed and uniformed officers. The results have been fatal: four of the last people who have died after interactions with Toronto police were in mental crisis. And they were Black, Indigenous or people of colour.

In August 1979, Albert Johnston, a Black man who was mentally ill, had been chased into his home and shot to death by police in front of his children. I was the mayor, and I brashly said the police had to change policies so this did not happen again. I was publicly vilified and called a cop hater. No change has been made in 41 years to prevent police killing those in mental crisis. It is a systemic problem.

A third example: strip searches. A 2001 decision of the Supreme Court of Canada in 2001 stated strip searches by Toronto police were demeaning and degrading and should only be done rarely. The Toronto Police Service has continued for the last 19 years to ignore the court’s decision. The board has been asked on many occasions for the last decade to reduce the number of strip searches, but it has never agreed. In March 2019 a provincial agency stated that Toronto police strip-searched 40 per cent of those arrested. Other police forces in Ontario strip-searched one per cent. It asked the Toronto police to change its policies to reduce that number. The board has refused to take action.

The fourth example is the budget. For decades people have been asking for better budget information from the police service, but it has constantly refused to provide it. For the 2020 budget of $1 billion, the service and the board provided a four-page document.

The board and the police service have a history and a system that is against making useful change. Hoping that they will change now is wishful thinking. To expect a new chief to make meaningful change is a cruel joke.

We need to disrupt the system. The best way to do that is to ask a small group of Black, Indigenous and people of colour to appoint a larger body of 12 to 15 people to chart a way forward for the police service and to put that group in charge in place of the Toronto Police Services Board to create the agenda for change. That is something that Toronto City Council might be willing to agree to rather than arbitrarily chopping the police budget by 10 or 20 per cent.

We need to make serious changes to policing and now is the time to do it.