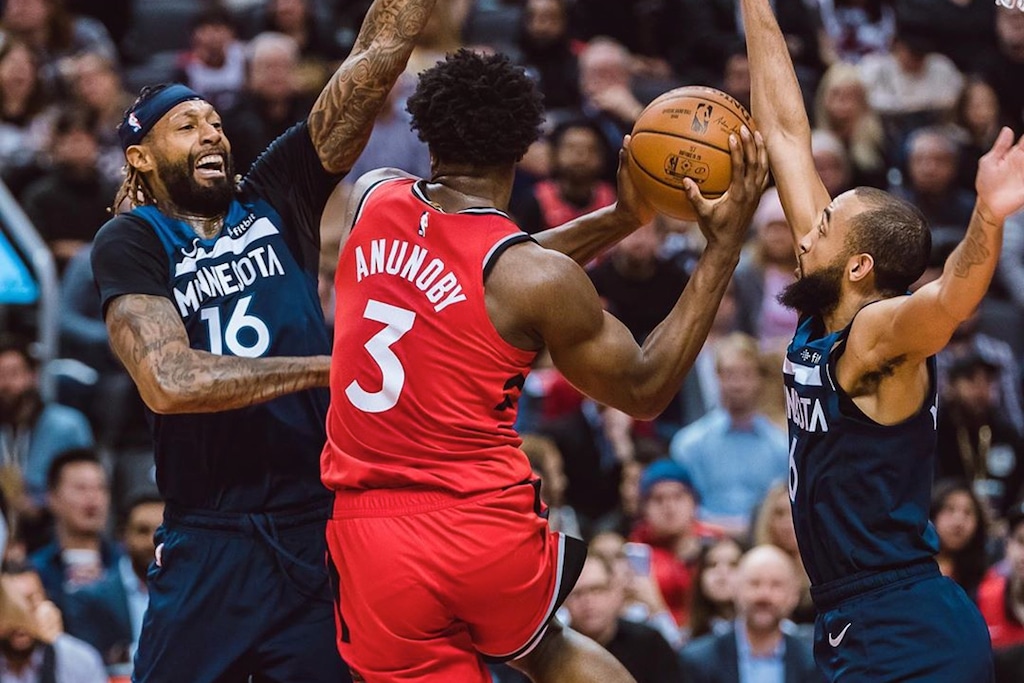 Not only was it the team’s 15th straight victory, but it also broke the record for the longest unbeaten streak, not just in basketball, but in any Canadian professional sport. The previous record of 14 was set by the Calgary Stampeders of the Canadian Football League.

15 STRAIGHT WINS FOR THE RAPTORS 🔥 pic.twitter.com/vJ9CCy1bJe

What makes the record even more impressive is that the team has made it happen despite numerous injuries to key players including starting centre Marc Gasol and energizing sixth man Norm Powell, who have both sat out the last few games.

Last night, the team played a poor first half by their standards at the Scotiabank Arena versus the lowly Timberwolves, who are newly revamped after trading GTA basketball star Andrew Wiggins to the Golden Stage Warriors for big-time shooter D’Angelo Russell and an assortment of picks and secondary players.  The Raps cranked up the defensive pressure in the second half and rode one of OG Anunoby’s best games of the season to score a decisive victory.

The Raptors are currently sitting second in the Eastern Conference, 6.5 games behind the NBA’s top team, the Milwaukee Bucks.

The team has one more game on Wednesday night in Brooklyn versus a Nets team that the Raptors narrowly defeated by one point after a wild finish just last Saturday night at home. So, they’ll need one last big effort as the Nets will surely be looking for a little revenge on their home court.

After that, the Raps, or most of them at least, get a break as the NBA All-Star Weekend takes over Feb. 14-16.

But, there will still be a Dinos presence over the weekend as both Kyle Lowry and Pascal Siakam will make appearances playing for Team Giannis Antentokounmpo when they take on Team Lebron James for the 2020 All-Star Game on Feb. 16.

Siakam was selected second by the Bucks star and Lowry was selected ninth. Siakam will also participate in the Skills Challenge. It will be Siakam’s first All-Star appearance and Lowry’s sixth.