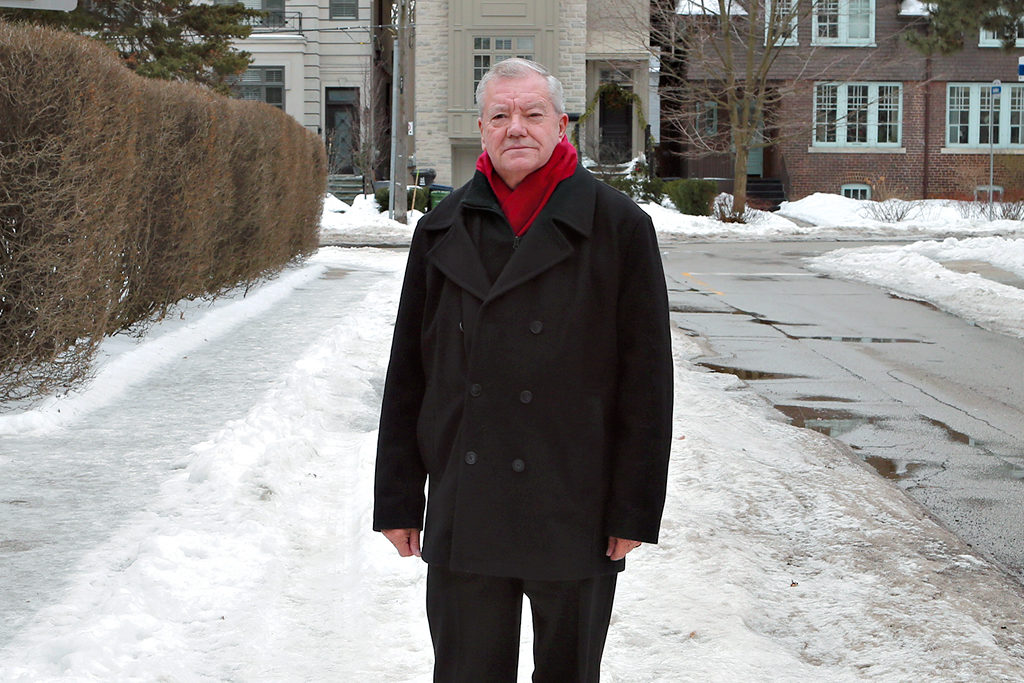 This winter Toronto will embark on a limited pilot project to test clearing the snow from select sidewalks in the old city of Toronto, despite a consultant’s report suggesting a pilot covering a greater area.

On Oct. 17, the Toronto City Council’s infrastructure and environment committee voted to adopt a report by transportation services on the city’s winter maintenance practices, which currently see residents in many areas of Toronto having their sidewalks cleared of snow by the city, while residents in old Toronto do not.

The report directed staff to undertake an equipment test to mechanically clear snow from sidewalks in areas of the city not currently serviced. It also noted the importance of prioritizing locations that are currently part of the senior sidewalk clearing program that allows seniors and people with disabilities to apply to have their sidewalks manually cleared by the city at no cost.

According to a statement released by the city on Nov. 13, the pilot will involve testing new smaller machinery to clear snow from 150 kilometres of sidewalks.

The trial equipment is due to arrive after Dec. 1.

“We were very disappointed. We felt that it was just being deferred for another period of time even though they’re doing a small pilot,” said John Plumadore of the Deer Park Residents Group, which is campaigning for the city to harmonize its snow clearing service.

“We thought that wasn’t necessary. We know what needs to be done and the equipment is available. Other cities use it, and I believe the city has a couple of new pieces of equipment that fit the order for narrow sidewalks, so we were very disillusioned. We thought the mayor was behind us on this.”

The move comes after a winter maintenance program review was undertaken by HDR consultants at the behest of transportation services.

This came after council requested a review of winter operations services in March of 2019 at the request of Mayor John Tory.

HDR recommended that transportation services conduct an inventory of the 1,400 kilometres of sidewalks not currently cleared to confirm their measurements, and conduct a trial snow-clearing program on 250 kilometres of the sidewalks to assess program feasibility, staffing, manual clearing, equipment and cost.

The transportation services report adopted on Oct. 17 says the 250-kilometre trial is unfeasible due to limitations in the amount of available testing equipment and said it was only feasible to test equipment in a more contained fashion.

“I think they’re trying to do what they can with existing equipment and not have to go out and get new equipment,” said councillor Mike Layton.

“But the reality is we’re always going to need sidewalk-clearing equipment, whether or not it’s in the downtown core or elsewhere. Why not make the investment a little bit early and then see if we can actually pull this off?”

Layton also questioned the logic of conducting a pilot project to learn if equipment that he said is already used around the world will work on Toronto sidewalks.

Layton put forth a motion that sought to have the general manager of transportation services report to council on the feasibility of implementing the larger pilot contained in the HDR report, but it failed to carry.

The councillor said he will bring the issue up again during the budget process, but that won’t be until February of 2020.

“I don’t know what difference it’s going to make for this winter,” he explained. “

Maybe we can get something on track for next winter, but that’s just another winter that goes by where we have two different levels of service in this city.”