Popular French bistro the latest target in a string of break-ins at restaurants across Toronto - TRNTO.com
Skip to content 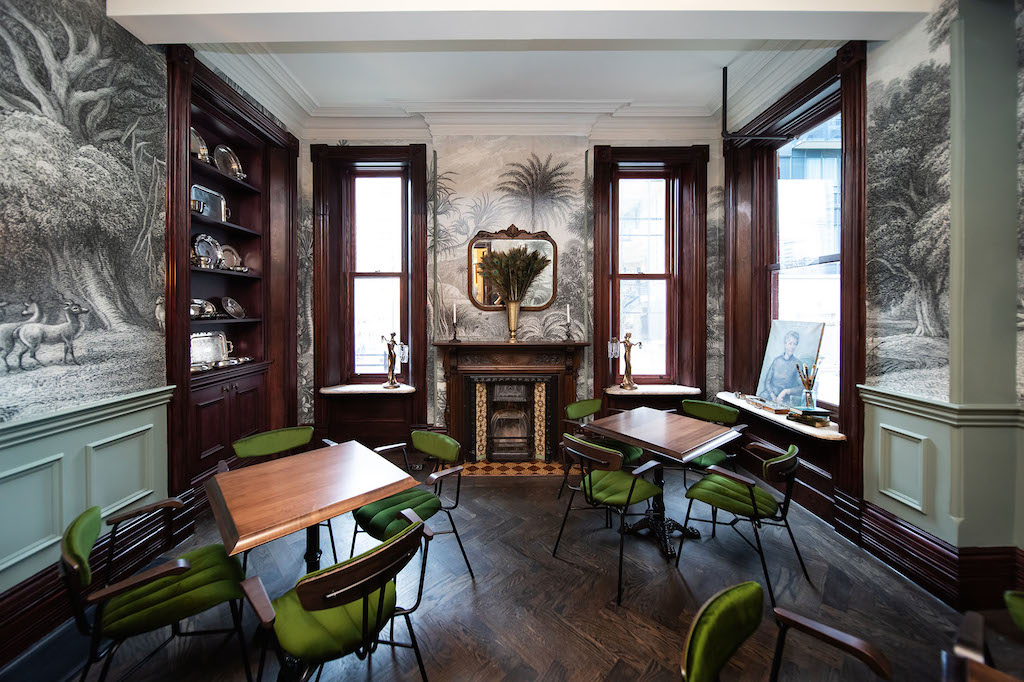 While it is no secret that the restaurant industry in Toronto has been hard hit due to the coronavirus pandemic, another unforeseen consequence is making things even harder. As restaurants continue to sit unoccupied on quiet city streets, many have become easy prey to burglars.

Maison Selby, a popular French bistro just south of Bloor Street, is the latest restaurant to be ransacked by intruders. According to Andrew Oliver, president of Oliver & Bonacini (O&B), it’s the group’s fourth location to be hit in the last two months.

“In the last 10 years, I can think of one other time we’ve been broken into. And in the last two months, we’ve had four break-ins now,” Oliver said. “It’s definitely kicking you when you’re down, and it’s unfortunate.”

Maison Selby had initially planned to reopen Friday for takeout and delivery. Sadly, last night’s break-in has derailed their plans. The reopening will now prove especially difficult, as Oliver said thieves made off with the restaurant’s laptops, iPads and supplies. And while Oliver’s team are still doing inventory on what was taken, he said they’ve gained some knowledge of what transpired.

“There was a group of four that had been staking out the place. They went in three or four times,” he said. “Luckily for us, they didn’t smash the place up, albeit obviously they broke the back door, which was already reinforced.”

Oliver said the group also went after a lot of the restaurant’s alcohol — or what they might’ve mistook for alcohol.

“The only saving grace is they took a lot of display bottles that are part of the decor. They’re actually dummy bottles — they don’t have alcohol. So when they try to use them or sell them, they’re going to realize they’re actually just stolen bottles of water,” he said.

According to Oliver, other outposts under the O&B umbrella have also been broken into in the past two months. Bannock restaurant was hit at the Eaton Centre, as well as Liberty Commons in the Liberty Village area and R&D in Chinatown.

At Liberty Commons, Oliver said thieves not only stole food, but actually stuck around to cook it.

“They turned on our kitchen equipment and started making food. Oddly enough, they were seen eating it on the patio,” he said.

Some restaurants have boarded up their establishments in an effort to deter robbers. But others like Maison Selby require access for their takeout and delivery programs. And while Toronto police said they’d increase their presence in the area, Oliver said there is not much more they can do.

“There is a massive problem in the city right now. Houses are much harder to be broken into, given that everyone is home. And with so few people around urban centres, I guess that’s where they’ve decided to conduct their business of robbing people,” he said. “I don’t know how you solve this problem, without putting police on every corner, given the damages and fees involved.”

Although the province has begun to slowly reopen, the restaurant industry’s future still remains unclear. Premier Doug Ford has extended the state of emergency order until May 29. And as of Friday, coronavirus cases are once again on the rise with 441 new cases reported across Ontario.

“Not that I’m sympathetic to people causing this damage, but presumably it’s happening because they’re also not getting the help they need on the other end. So hopefully we’ll all be able to get out of this sooner rather than later so things can go back to normal,” Oliver said.

Moving forward, all Maison Selby can do is plough on. The restaurant hopes to continue its reopening this weekend, with orders placed directly through their website.

“The best way the general public can help guys like us, and everyone else, big and small, is to order directly from the restaurant,” he added.