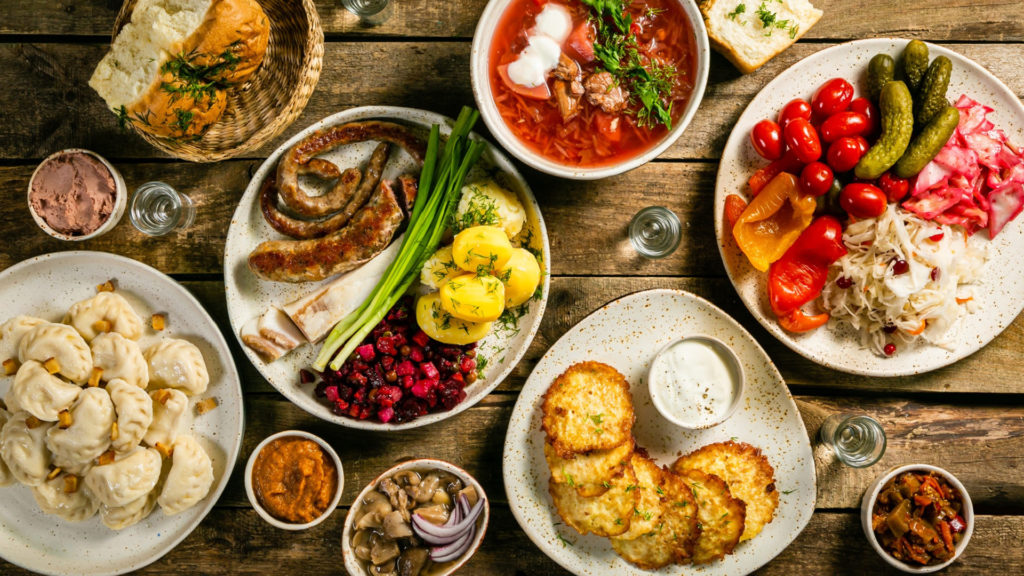 Midtown is now home to the first Toronto outpost of Abyssinia YYZ. Specializing in Ethiopian and Eritrean food, the former of which is known for its plentiful vegan options, the restaurant’s menu includes an abundance of stews and stir frys served with injera, a sourdough flatbread used to scoop up delicious bites.

Fattoush Levantine Diner finally has its own brick and mortar location after operating out of the Depanneur for half a year. Fattoush serves locally sourced, Middle Eastern breakfast favourites like manakeesh, tahini pancakes and mint labaneh.

Hot Dip is now open for takeout at 1186 Queen West. You can take the name literally, as all four of their offerings (roast beef on a pretzel roll or baguette, portobello on rye and breaded chicken on a baguette) are meant to be dunked in dips like sharp cheddar, classic au jus, Russian dressing or alfredo.

Cabbagetown has a new spot to satisfy your hunger and beat the summer heat with the opening of Pastor Taco. The menu features tacos with your choice of pork, bean or chicken, plus helado (vegan ice cream) and poletas (popsicles).

Piccolina Gelato E Altra Roba’s King and Portland location is officially open for the summer. No word yet on when their Queen East outpost will reopen. Serving what they describe as “roundhouse-to-the-mouth, dazzlingly superb handmade Italian GELATO,” their rotating flavours include banana, pistachio, Nutella, raspberry and mint chocolate chip.

Parkdale’s iconic Skyline Restaurant has finally reopened. Tired of waiting for the official go-ahead for patio dining, they’ve decided to open from 2:00 – 6:00 p.m. every weekend with a limited takeout menu.

Tacos 101 is moving in with Fruta Libre in Kensington Market at 178 Baldwin Street. Stay tuned for their official launch date, and to pick up your carnitas tacos.