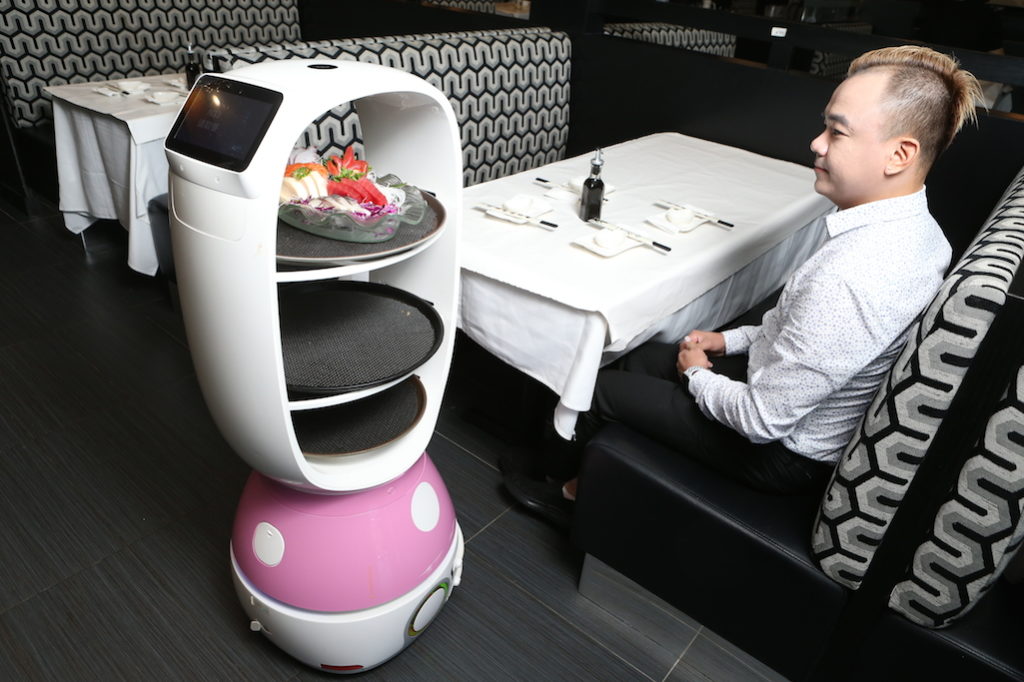 At this point in history, in Toronto, we can have a Jiro Ono–esque sensei lay glossy morsels of fresh-caught toro tuna one by one on a clean mat, and can also have a literal walking, talking robot glide over with a dazzling array of sashimi on ice. This is on top of our regular bento box take-away options.

It’s still raw fish, but two new sushi restaurants are really changing the game: One is a cosy new Ossington spot that distills fresh ingredients into their purest form and forges a direct relationship between chef and patron. The other is Robo Sushi, a large AYCE eatery that opened in September to curious diners, cellphone cameras ready.

Will we be more enticed by the automated future of food or cling to the human comforts of simple food, prepared right?

Automated all-you-can-eat
The AI apocalypse is drawing ever nearer, but adorable three-foot sashimi-delivering robots admittedly make the decline of the human race a bit more bearable. 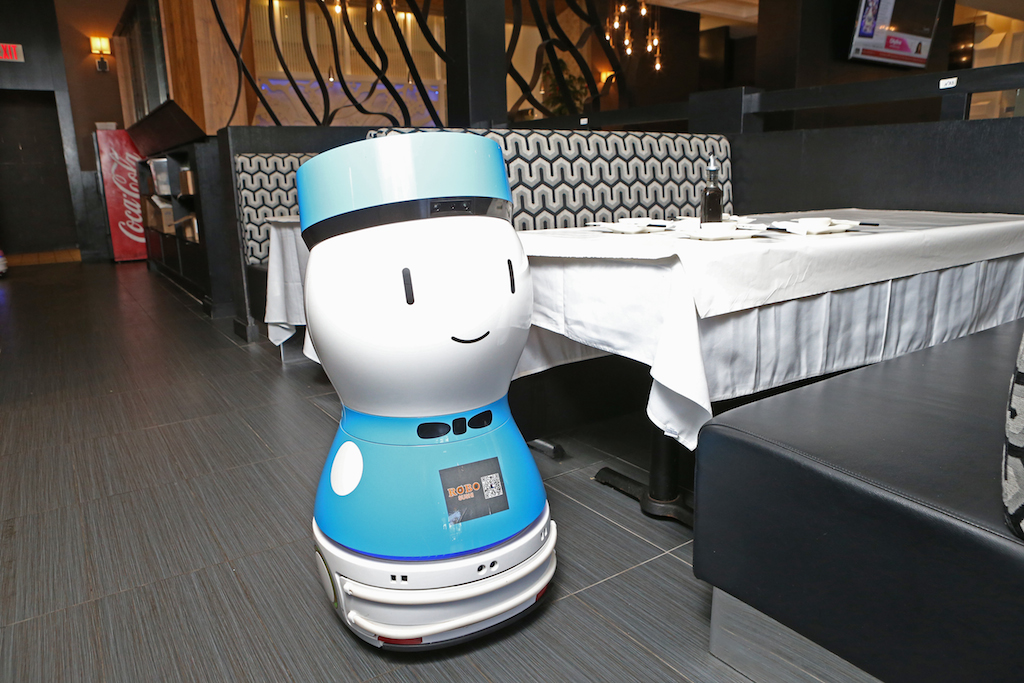 Small blue bots lead you to your table

“Death was sweet, death was gentle,” Mark Twain wrote in his posthumously published Letters from the Earth. He likely wasn’t referring to the sweet, creamy custard baos that come out of the kitchen of Robo Sushi, the new all-you-can-eat Asian fusion restaurant on York Mills, but how apt his words turned out to be.

Animatronic kimono-clad ladies greet you at the door; a perpetually smiling robot guides you to your table; selections are chosen off a digital tablet; and dishes are served by a mix of humans (soon to be obsolete, no doubt) and self-guided shelves on wheels.

The food plays second fiddle to the concept at a place like Robo Sushi, but it still holds up. All your pan-Asian faves are there. The sushi menu offers a range of sashimi and maki rolls, as well as torched aburi and sushi pizza, but they also have pages for dim sum, noodle soups and fried rice. You can get fried wontons stuffed with cheese, bulgogi and okra teriyaki –– all without actually talking to a human.

Perhaps the robot takeover won’t be so bleak after all. 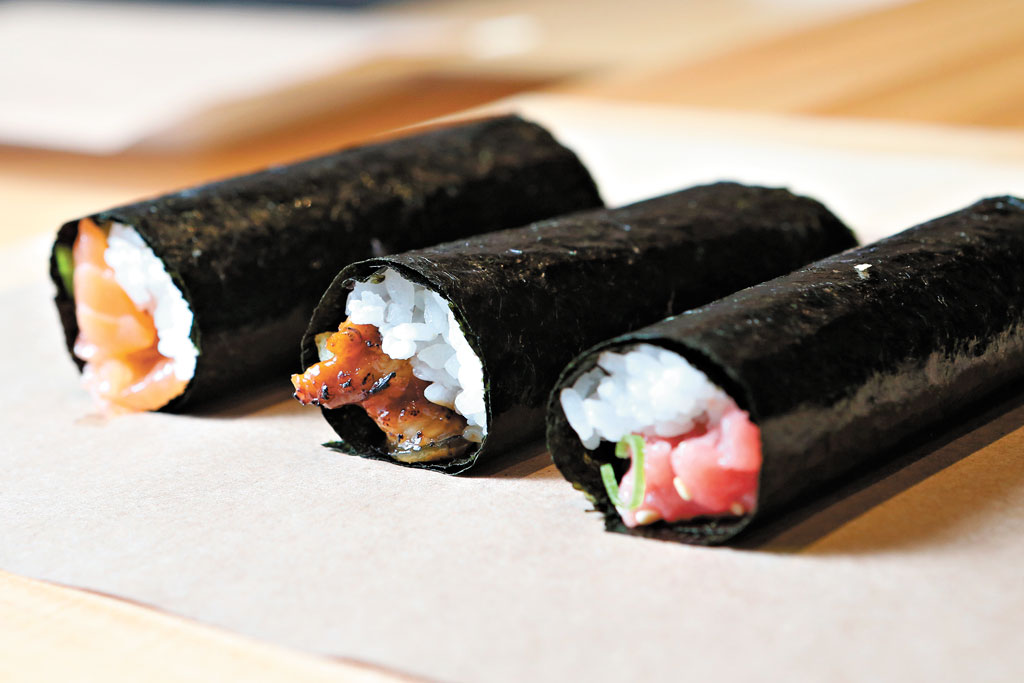 Getting handsy
If Robo Sushi is about all-you-can-eat, whatever-you-want-to-eat and food service devoid of the inconveniences of human intervention, Narami is its diametric opposite.

The new Ossington boîte relies on the belief that sushi is an art and meant to be enjoyed in less time than one has to take the phone out for a food shot. There are no individual tables, just a long 28-seat bar wrapped around a chef’s prep station, drawing the focus to the preparation and the presentation, which are both deliberately simple. Hand rolls, priced between $4 and $7 a pop, are distributed one by one by the chefs themselves. Each roll, they explain, should be eaten in under 60 seconds, the time it takes for the nori to get damp.

Their tight menu promises no duds in the lineup: There are 15 hand rolls, most highlighting one ingredient, like salmon, crabmeat, unagi, lobster and avocado, on a bed of seasoned sushi rice. Appetizers are also similarly simple and fresh, including the standout takowasa, a cool and satisfying bowl of diced raw octopus mixed with wasabi, served alongside crisp sheets of nori. Although drinks are on offer,

Narami’s environment doesn’t encourage lingering. With 60 seconds for each course, customers can be in and out with their bellies sated but not stuffed in less than an hour.