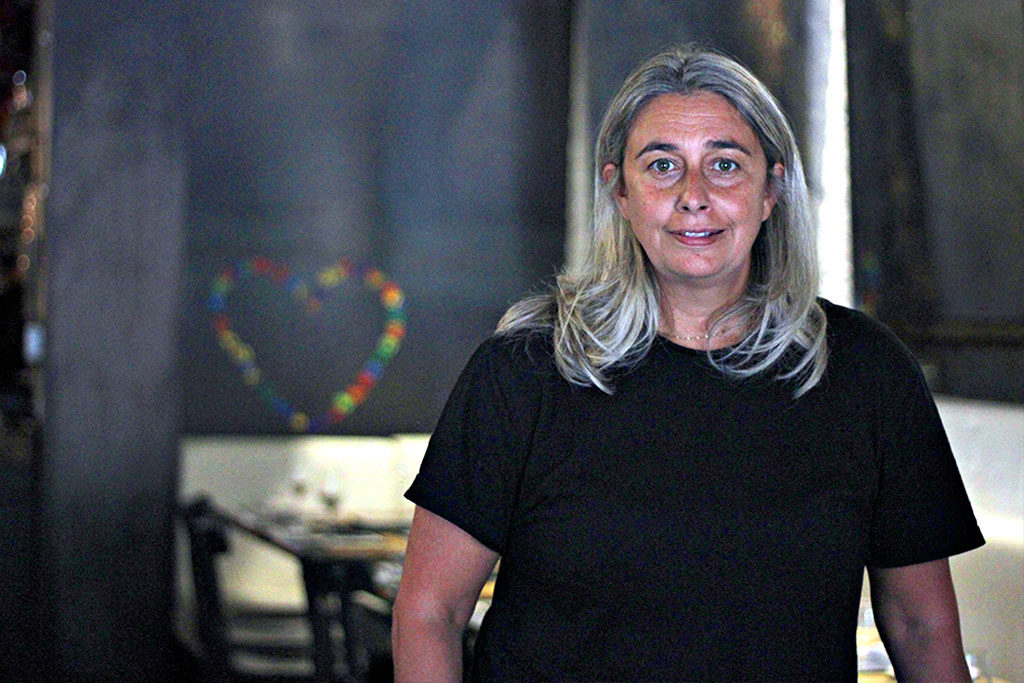 Everywhere Renda Abdo goes in the village, she’s recognized. The Rosedale resident has been a stalwart of the Church and Wellesley village scene for nearly 30 years — longer, if you count her years as a teenager behind the counter at Chez Cappuccino, an old neighbourhood post-club hangout in the area.

“I remember every one of these being a little row house,” she says, approaching Charles Street and Church, pointing to a small row of newly built condos, one so shiny it still looks like a rendering on a computer screen.

“In the last 10 years, six of these have gone up. Charles Street is huge for that. This is hot real estate right here.”

We’ve just left Smith, her restaurant at Church and Wellesley, the first stop on our tour of her three restaurants, and now we’re approaching Wish Restaurant, which she opened in 2001. The restaurants are wildly different: Wish is a soft, feminine ground-level brunch spot with tables and couches draped in white linen, in an airy dining room awash in the natural glow from the street-facing patio.

Smith, by contrast, is housed in a three-storey row house that was previously a nightclub, with a solemn colour scheme and mid-century accents. But the unifying feature of all her restaurants is the rustic homespun streak: tables made from restored wood, charming bric-a-brac obviously purchased from some flea market or another, patio seats padded with homey throw cushions.

It’s easy to see what led her to her latest project, the Lakeside Inn, a two-acre motel overlooking the water in Wellington, Prince Edward County, near her parents and closer to Kingston where she grew up. She’s at the Inn half the week now, overseeing renovations and slowly restoring the old motel (it’s currently open for bookings).

“I never thought I’d ever move home. You know, [being] 17 and moving to the city, loving it, I thought, ‘That’s it, no turning back.’ And I’ve made a great life here. I’m very proud of what I’ve done,” she says. “But more and more, those drives home, the peacefulness, the calmness that comes with this small town, never really leaves you.”

The Lakeside Inn is a small unassuming white-washed building squarely situated between Wellington Main Street and the shoreline. The esthetic is, like Abdo’s restaurants, modern country — sparsely appointed but deliberately so, with wrought iron and wood and touches of vintage whimsy: a teddy bear here, antique hurricane lanterns there, all set against the peaceful, unobstructed expanse of Lake Ontario.

But back in her rapidly intensifying old stomping grounds in the village, she walks briskly, sidestepping construction sites and pedestrians, stopping for a quick “hello” to passersby who recognize her, making comments about this neighbourhood, which now looks so different from the one she arrived in over 30 years ago.

Her former lives are scattered across this downtown ‘hood. Each of her restaurants represents different stages of her life. In 1991, she was 21 years old and fresh out of her first and only semester in business school before she opened 7 West — she never even told her parents. The restaurant was open around the clock, pumping out penne chicken and lasagna at 3 a.m. She was working all day, every day.

“I joked that, for the first 15 years, I didn’t see my bed until six in the morning,” she says. Back then, she rented out a little apartment unit in a row house connecting to the building and spent her days going between her home and the restaurant.

“There was a period where I counted 20 days where I never actually went outside,” she recalls. “I just went from door to door, connecting within the building.”

Ten years later, she opened Wish Restaurant, which suited the sophisticated cool of her 30s. Straight, a now-shuttered nightclub, which she opened in 2008, was partially a reaction to the wave of club-goers heading west to Queen Street West.

“Somebody said to me, we’re losing our village,” she says, “And I just thought, ‘This is home to me, this little pocket. We’ll open a club, and we’ll just call it Straight, meaning nothing at all, just whatever, whoever.”

In 2011, she was burnt out from the late nights and the club scene. Straight was renovated and turned into Smith, a quieter, more family-friendly restaurant. And what does the Lakeside Inn say about where she is now?

It means relaxing a bit and letting her team, some of whom have been with her for almost 20 years, start to take the reins. It means extracting herself from the daily pressures of Yelp reviews and the challenge of being a woman in the industry, in favour of driving off to Wellington to see her parents and run her inn. It doesn’t mean retiring to the country — her home is still Rosedale, she says, and she’s the first to admit that she can’t sit still — but it does mean spending more time there.

“It’s just kind of nice,” she says. “I can still feel like I’m going to the cottage or sitting by the lake. I feel settled or calm when I’m there. I’ve lived here for 35 years. That’s a long time.”