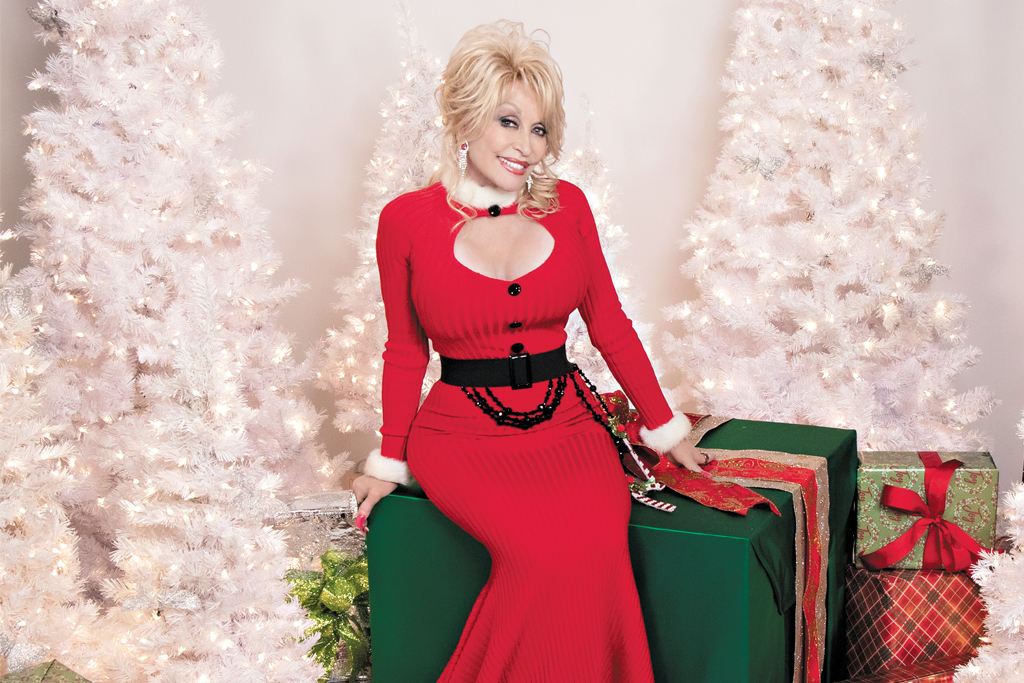 Of course the pandemic has resulted in the cancellation of the actual Santa Claus Parade, but CTV came up with a way to bring Santa into everyone’s home — which includes Dolly Parton as part of the Santa Claus parade of stars. On Dec. 5 at 7 p.m., families can watch a televised two-hour nighttime parade at Canada’s Wonderland along with remote guest performances from Parton, Kelly Clarkson, Meghan Trainor, Ruth B., Shaggy and the Toronto Symphony Orchestra.

Parton also recently made headlines when she found out she was one of the sponsors who partly funded Moderna’s promising COVID-19 vaccine. Back in April, she donated $1 million to the Vanderbilt University Medical Center’s COVID-19 research efforts, which contributed to the vaccine trial. So she’s bringing Christmas joy in all directions this year.

Along with the special performances from Parton and other special guests, the televised parade will also include holiday greetings from celebrities such as Tyra Banks, Sting, Sam Smith, Pentatonix, Paris Jackson, Ty Dolla $ign, Bebe Rexha, Ryan Seacrest, Kelly Ripa, and Toronto’s own Giacomo Gianniotti.

A post shared by The Santa Claus Parade (@tosantaparade)

The parade will feature 25 floats and eight marching bands all on a closed parade route at Canada’s Wonderland. The amusement park will be decorated for the holidays with dazzling lights and more to get viewers into the festive spirit.

“Without a live parade this year, it’s been a labour of joy to create even more magic for children of all ages,” says Pat DiVittorio, the vice-president of programming, CTV and specialty.

The parade will also be hosted by The Social‘s Melissa Grelo and Your Morning‘s Kelsey McEwen. The two-hour event kicks off at 7 p.m. this Saturday, and for those who miss it, there will be an encore presentation on Dec. 12 at 1 p.m. on CTV.