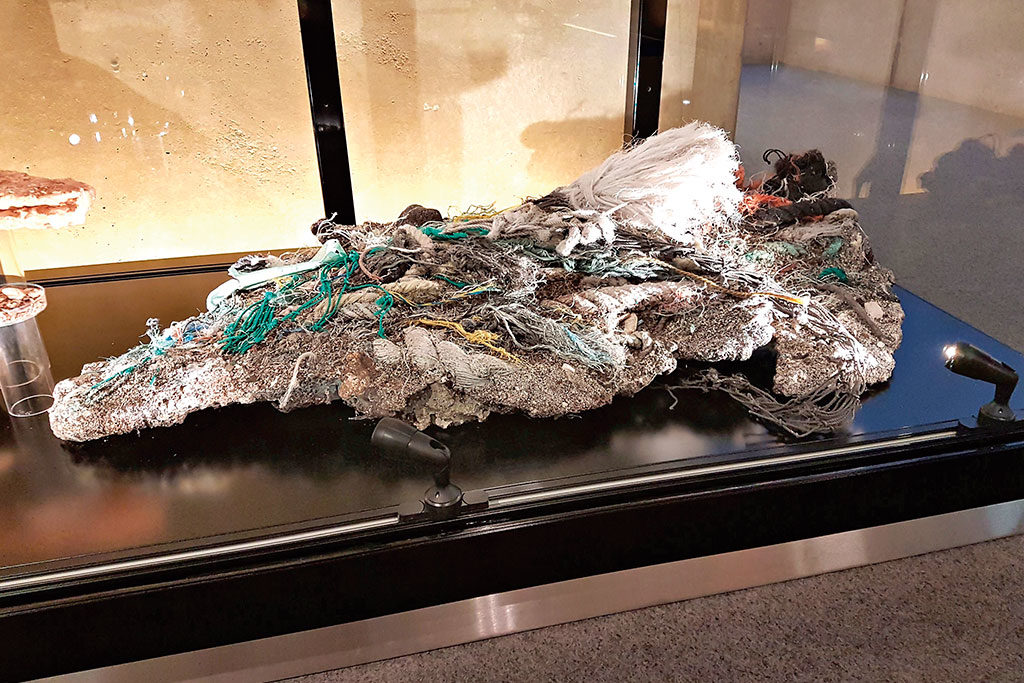 People in Canada discard about 57 million plastic drinking straws every day. In my hometown of Vancouver, we toss out 2.6 million disposable cups every week.

It’s a global problem. Plastic products are choking landfills and waterways and causing devastation in the oceans.

In 2014, scientists even found a new kind of stone in Hawaii, made of sand, shells, coral, volcanic rock and plastic.

Only about nine per cent gets recycled; although, the figure is higher in countries like China, which produces the most plastic but recycles about 25 per cent.

That’s why Vancouver is set to join cities and countries worldwide in banning single-use items made from plastic and other materials.

The ban, which will begin to take effect in the fall, will cover plastic and paper shopping bags, polystyrene foam cups and takeout containers, disposable hot and cold drink cups, takeout food containers and disposable straws and utensils from all city-licensed restaurants and vendors.

The city says it costs about $2.5 million a year to collect single-use items from public waste bins and parks, streets and green spaces.

Plastics are durable, which is both a benefit and a problem. Products made from plastics can last a long time but most are discarded after a short time — very short in the case of single-use items — and take a long time to break down.

When they do break down, they don’t biodegrade; rather, they break into increasingly smaller pieces, many of which end up in the oceans as microplastics that harm aquatic life and birds.

From manufacture to disposal and beyond, these items wreak havoc on the environment.

Almost all plastic products are made from chemicals sourced from fossil fuels. Producing them requires a significant amount of resources and pollutes air and water with toxic chemicals.

“Exxon is both the gas in your car and the plastic in your water bottle.”

When they’re thrown away, they litter landscapes and clog landfills.

Often they’re carried by wind and waterways to the oceans, where they can be found everywhere, including in massive swirling gyres and in most of the animals that live in or on the seas.

Additives in plastics can also leach into food and beverages, harming human health.

Plastics haven’t been around long, and their use only took off after the Second World War, mirroring the boom in fossil fuel use.

People have produced more than nine billion tonnes of plastic in less than 70 years, more than half of it over the past 13 years, according to a study in Science Advances.

We’re showing no signs of slowing down.

According to research by the U.S.-based Center for International Environmental Law, the boom in cheap shale gas production is fuelling “a massive wave of new investments in plastics infrastructure in the US and abroad, with $164 billion planned for 264 new facilities or expansion projects in the US alone, and spurring further investment in Europe and beyond.”

Companies are marketing plastic packaging and other products to countries that haven’t been as reliant on them and are not always as aware of the problems. That could drive production up by a third.

Center staff attorney Steven Feit notes, “Fossil fuels and plastics are not only made from the same materials, they are made by the same companies. Exxon is both the gas in your car and the plastic in your water bottle.”

He noted that plastics will account for 20 per cent of total oil consumption by 2050 if consumer and production trends continue.

Plastic can and has been made from other sources, including plant-derived molecules, fibres and starches, but fossil fuels are still relatively plentiful and inexpensive, and plant-based products also come with environmental baggage.

The best way to avoid the massive damage that comes with plastics and fossil fuels is to stop using so many.

We can avoid overpackaged products, bring reusable bags and containers to stores and coffee shops and use alternatives.

For example, people who need to use straws because of disabilities can carry straws made from biodegradable paper or reusable metal, bamboo or glass.

Cities like Vancouver and the 60 countries moving to ban or impose levies on single-use plastic products are taking a step in the right direction.