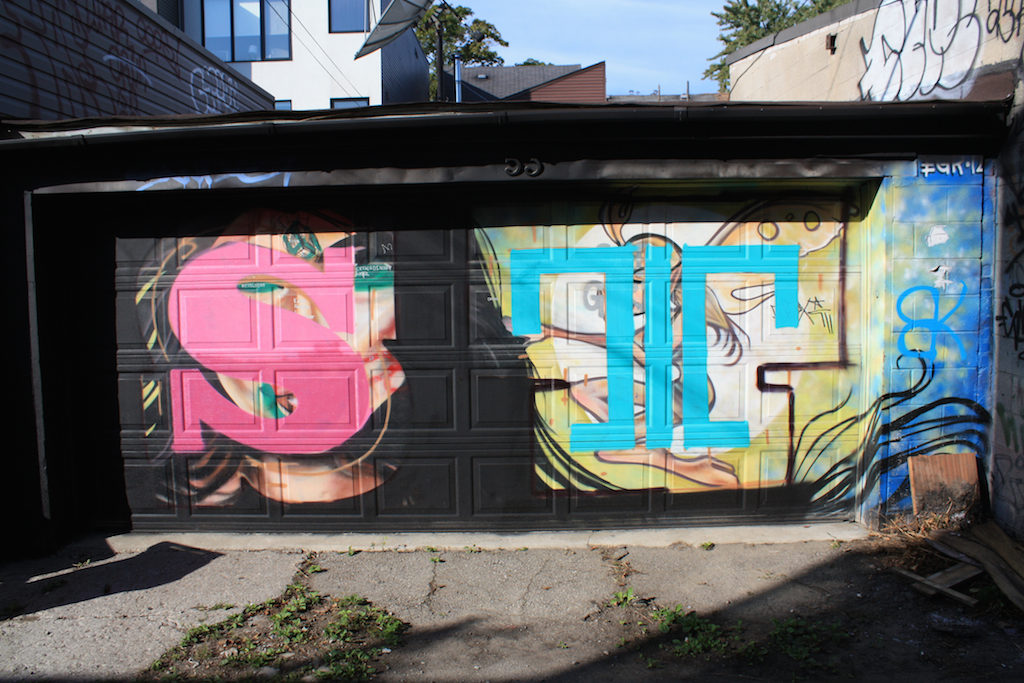 An initiative to beautify a street-art-filled laneway northwest of Queen and Ossington has left an iconic art space unrecognizable.

For the past seven years, the Ossington Laneway was one of the city’s go-to strips for local street art. Recently, 26 murals along the alleyway were painted over in black and covered with letters of the alphabet, from A to Z.

“I was pretty pissed off when I saw what happened,” said Erin “Rock” Zimerman, a local graffiti artist who had his mural painted over. Zimerman said it is uncommon, but not unheard of, to have your work painted over. But the etiquette in the street art subculture is to reach out to the artist and explain the situation.

“Otherwise it is seen as an insult, and I can assure you no one contacted me prior,” he added. “I have been painting in Toronto for 25 years and I am easy to find.”

So what happened? The revitalization of the laneway is part of a multi-phase initiative headed by The Laneway Project. Their original vision was to revitalize the alleyway with new lighting fixtures, urban greening and street art murals.

According to Michelle Senayah, co-Founder of The Laneway Project, the approved mural work was only limited to seven properties. But 26 were painted over in the laneway running just west of Ossington between Queen and Humbert.

“A project map showing where the different improvements were to be located, and a spreadsheet detailing the addresses, approved surfaces, and property owner parameters for the seven murals were provided by us to the Curator that was hired to manage the mural installations,” Senayah said.

“We are as frustrated as those whose property has been affected, the artists whose original mural work was covered, and community members who’ve appreciated their work.”

Instead of proceeding as directed, she noted that the artist contracted by the curator proceeded to paint 26 murals. In so doing, disregarded the wishes of local residents, and the existing work.

The artist in question is Ben Eine. A world-renowned street artist who is frequently commissioned to carry out bold typography known as Alphabet art.

Eine and a team of artists painted over the iconic murals of the laneway with black backgrounds and letter art.

Zimerman said someone should have reached out to the artists.

“I don’t know what the organizers were thinking, painting over a good section of Toronto’s graffiti community without thinking someone would be mad,” he said. ”From my perspective, both the artist and the organizers should have done the legwork to ensure things were proper.”

Senayah said her team is working to resolve the issue. First, they fired the curator of the project. Next, they plan to repaint the affected areas to a uniform colour, and artists will paint new murals on the garage doors to replace the ones that were “illicitly” begun in mid-September.

Zimerman is up for a mural jam – if there is an effort to invite all the artists who previously participated.

“I wouldn’t be surprised if they have a hard time securing enough spaces for all the artists, as there are probably property owners who have lost trust in the process,” he said. “I am also expecting a formal apology from those involved.”