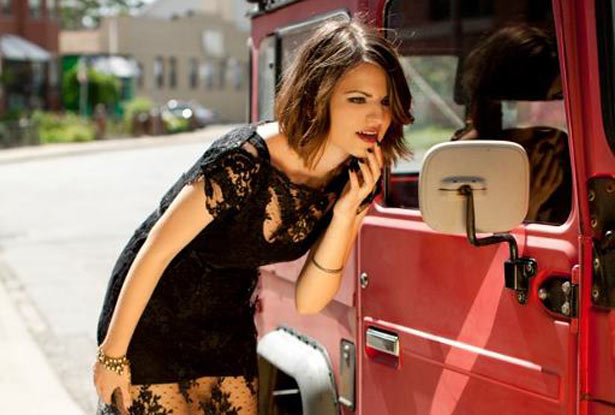 Every week, we round up the best events from the city’s fashion scene. In this edition: Bloc Party and Plaid team up for an after-party, Jenny Bird makes room for the new by selling off the old, Pinky's officially launches, and more.

Where: The Hoxton, 69 Bathurst St.
When: Tuesday September 11th, 10pm-3am.
Details: After two nights of back to back shows at The Danforth Music Hall, Bloc Party members, Matt and Russell, will be throwing it down on DJ decks at their official after party, hosted by Plaid Magazine. $10 reduced list with RSVP to rsvp@plaidmag.com.

Where: 174 Spadina Ave., studio 508.
When: September 12-13th, 12-8pm.
Details: Awesome sample sale alert! Toronto’s queen of accessories, Jenny Bird, is making room for her new designs by clearing out her studio with a sample sale. Score her fabulous pieces, ranging from earrings to handbags, at up to 70% off.

Where: 688 Richmond St. West.
When: Thursday September 13th, 5:30-10pm
Details: The ultimate beauty trend, over the past few years, has been outlandish nail art. The cray cray-er, the better. Toronto has finally got its first professional nail art studio, which comes in the form of cuter than cute Pinky’s Nails. Although they opened in the summer, they’re finally kicking off their opening with a huge celebration. Join them for an evening of drinks, prizes, nail art and friends.

Where: Lomography Gallery Store, 536 Queen St. West.
When: September 14-16th
Details: Cool-looking cameras that produce even cooler-looking photos – what could be better? Don’t miss your chance to score your very own Lomography camera at up to 60% off this weekend during their huge sale.

Where: 171 East Liberty St.
When: September 14-16, 11am-6pm
Details: MOON Apparel is celebrating the launch of the their new online store with a three-day pop-up shop over the weekend. Shop over 30 new styles from their new fall collection at 20% off. Their colourful and tailored designs are perfect for your working wardrobe.

Where: Notion Style, 3333 Yonge St.
When: Saturday September 15th, 3-8pm.
Details: Celebrate the official opening of new Toronto boutique, Notion Style, founded by artist and designer Bisa Bennett and her daughter Tijana Bennett. Be the first to sport their elegant designs while taking advantage of their special promotions on opening the night.

Grace Carroll is a Toronto-based freelance writer whose work has appeared in ELLE UK, ELLEcanada.com, Plaid magazine and FILLER magazine. Keep up with her daily blog at www.graciecarroll.com.