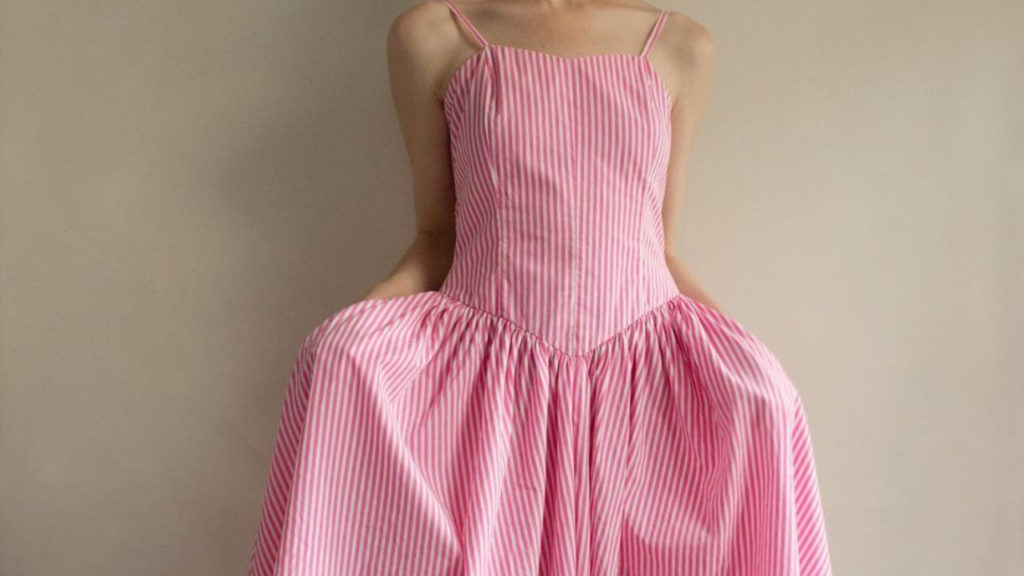 For the owner of Dundas West boutique CHOSEN Vintage Melissa Ball, scouring the racks for the best vintage pieces was a passion long before it was considered “cool.” Growing up in Vancouver, she and her friends made a hobby of digging up the most unique vintage finds, and her interest in the pastime hasn’t waned since.

“Vintage clothing was something my friends and I embraced,” Ball says. “We were into dressing grunge and wearing things like Power Rangers t-shirts with my dad’s golf pants. Our money went a long way so that sparked my interest, and then I eventually started working at a vintage store in Vancouver.”

During her twenties, Ball worked other jobs in restaurants and offices, but the vintage fashion world was always in the back of her mind. After moving to Toronto, she landed a job at the Black Market as a buyer, which helped her refine her personal style and learn the tricks of the trade.

“Eventually, I kind of saw what I liked and didn’t like, and I started fine tuning and growing my collection,” she says.

Later, Ball opened her first pop-up shop in a gallery at Shaw and Queen Streets near OddFellows, the restaurant chef Matty Matheson helped to open early on in his career. Amidst the local art, music and food scene, the area was ripe with creative activity, contributing to a sense of community for Ball and the shop.

“It was like a little hub, there were bands playing and art galleries opening all the time,” she says. “That’s what started me on my journey. I thought, ‘I could do this on my own, and I have an idea of what I’d want for a vintage store.’”

Through her work at the gallery, Ball met other vintage shop owners who encouraged her to continue expanding her business. A series of baby steps eventually led her to open her own store on Queen St. W., where she stayed for years until the area began to gentrify and she was ultimately forced to find a new location.

“When Queen West was declared one of the hippest areas in the world, I knew that was the kiss of death,” Ball says.

Since 2016, CHOSEN has been located on Dundas West between Brock Avenue and Sheridan Avenue. Ball says she’s amped up her online presence since the move, and she’s glad to see vintage fashion becoming more of a staple in people’s wardrobes, especially among younger generations.

“People are starting to see the value and the quality of vintage fashion as well as its environmental impact, so that’s been an amazing change in past few years,” Ball says. “It’s been a positive reinforcement especially during COVID, just realizing that what I’m doing is relevant and appreciated.”

Here are five unique pieces up for grabs at CHOSEN Vintage:

Channel your inner candy striper with this cotton dress from the 1980s.

Get reddy to rock in this fabulous crimson number.

This ethereal peignoir from the 1960s can be worn around the house as a lounge piece or over a summer dress for a feminine touch.

With its ruched neckline, yellow bow and dainty floral pattern, this 1970s midi sun dress is as sweet as can be.

Go green with this lace-trimmed frock perfect for frolicking in the garden.