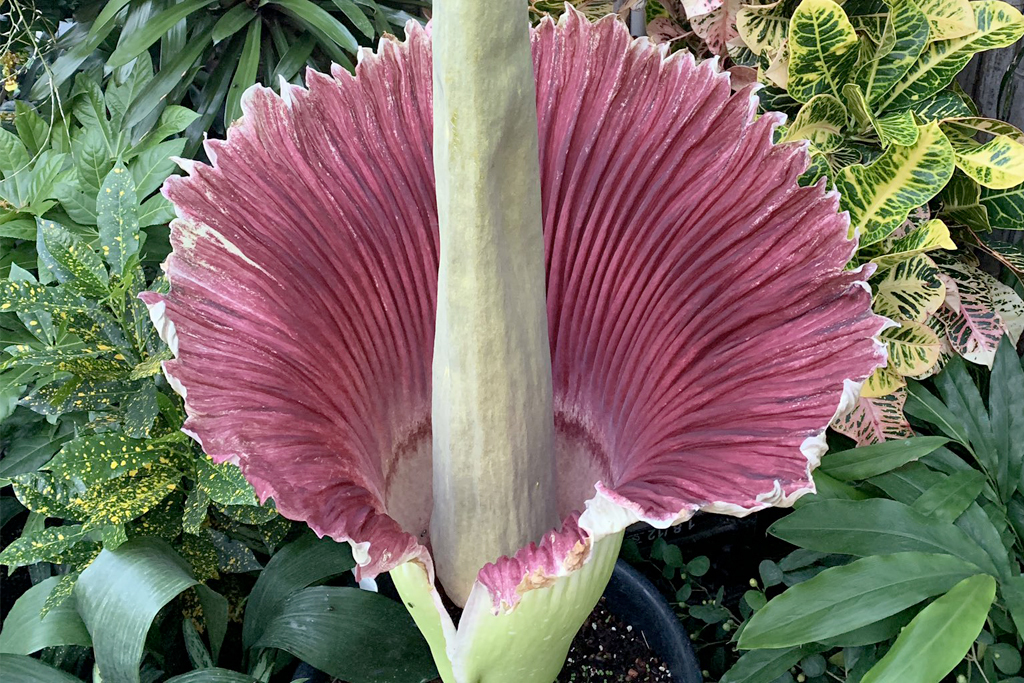 For the second time at the Toronto Zoo, the corpse plant — amorphophallus titanum — has hit peak bloom. The plant is known for its two unique features: it only blooms for eight to 36 hours, and when it does it gives off a particularly unpleasant smell (hence its nickname).

The Toronto Zoo took to Twitter on Sunday to notify fans of the plant that it was beginning to open. Spectators were invited to see — and smell — the plant on Sunday evening. Tickets were being sold online for $5 to enter the corpse flower special exhibit, and did not include access to the zoo itself.

Vincent Van Gross Presents: Stinky Night 🌱 Join us tonight from 7:00pm-11:00pm as our corpse plant begins to bloom and take in that signature scent 👃

This plant has been named Vincent Van Gross. Its predecessor, Pablo “Pe-ew” caso, bloomed two years ago in September 2018. The amorphophallus titanium plant can take anywhere from six to 10 years before it produces a flower, and then it can take a number of years after that before the flower blooms. Hence the fanfare surrounding the flower’s bloom as it’s not a common occurrence.

The zoo created a “Stink-o-meter” to chronicle the progressing smell of the flower as it bloomed. Throughout the day on Sunday it progressed from funky to foul to disgusting, and as it reached peak bloom it hit rancid and then downright offensive. For those hoping to catch a whiff, head to the zoo as soon as possible as the bloom is not expected to last much longer.

Ticket sales for the flower exhibit will go towards the zoo’s outdoor orangutan habitat project. Also, the exhibit is indoors and all visitors are asked to wear face masks as part of the City of Toronto bylaw.