The top five brewery patios that are now open in Toronto | TRNTO.com
Skip to content 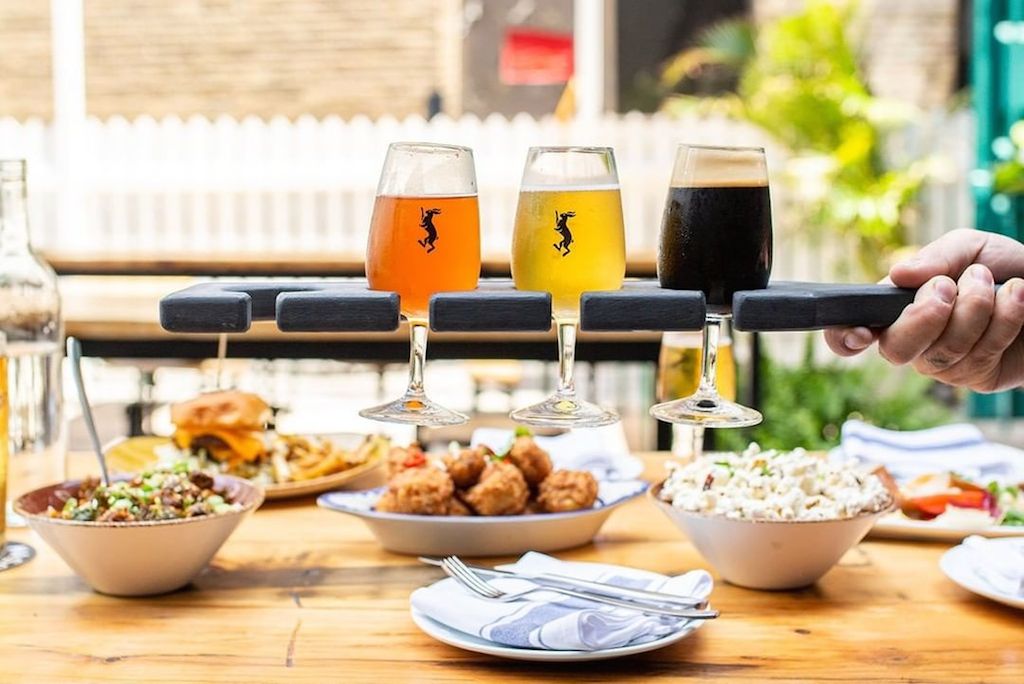 Whether the summer sun has you craving an easy-drinking lager or tongue-tingling sour (or maybe both), these Toronto brewery patios have you covered for beer sampling and sipping.

This Leslieville brewery aims to produce beers that strike a balance between flavourful and drinkable, making it an appealing spot for summer patio sipping. Rorschach’s 18 rotating beers on tap range from hop-forward IPAs to complex farmhouse-style brews.

The brewery’s pair of patios — a dog-friendly front patio and a leafy rooftop space — are open on a first-come, first-served basis.

Beer flights feature four different 5 oz. samples or you can opt for the giant 32 oz. stein if you already have a firm favourite brew.

Rainhard revamped its Stockyard-area patio in preparation for open-air dining resuming. The wood-clad space now features a dog-friendly area, as well as plenty of tents and umbrellas for providing shelter from the sun and rain.

Current brews on tap include the Daywalker, a low-alcohol micro IPA that’s perfect for those who want to enjoy a few afternoon drinks without overdoing it.

Mascot Brewery’s picturesque King West beer garden is open and taking reservations. The crisp Sun Sipper Kolsch, which features subtle fruit and hop character, and the juicy Haze IPA are two beers that should be on your hit list at this brewery.

A long-running brewery set at the corner of Eglinton and Mt. Pleasant, Granite features around a dozen beers on tap. Reservations are available for their back patio, while the front patio is open for walk-ins.

Brews here tend to be more traditional-style ales, such as the New Forest Red IPA, a recently-released English Table IPA with a slightly bitter finish.