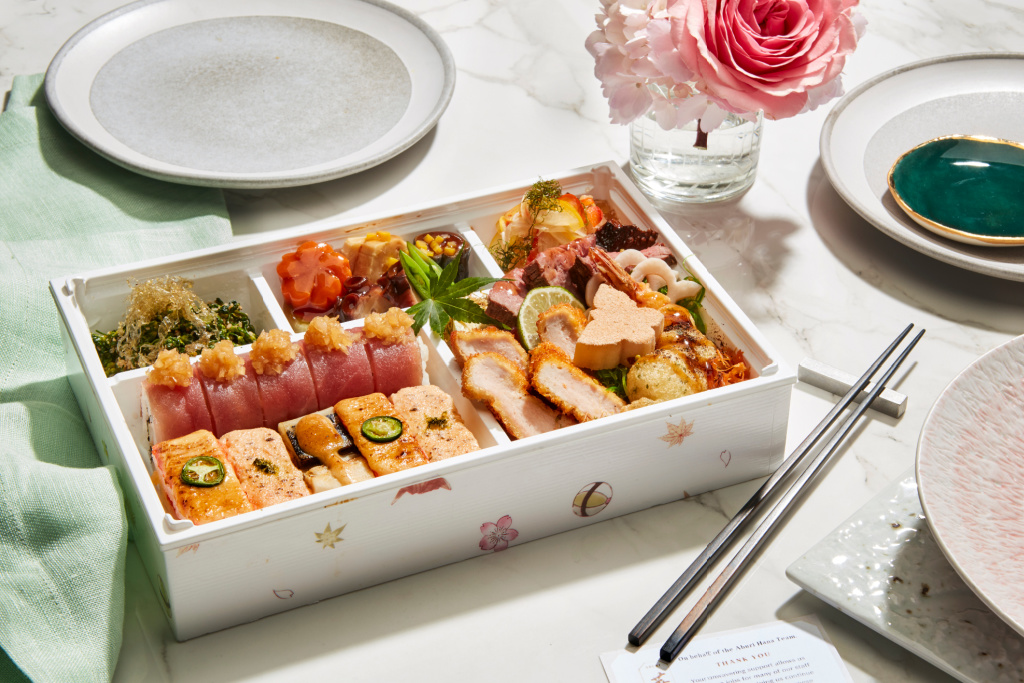 With the recent announcement that indoor dining rooms in Toronto will be closed for at least the next 28 days, it’s more important than ever to support local restaurants by ordering takeout. One bright spot for diners is that restaurants across the city have been continuing to adapt their menus to create takeout-friendly formats over the past few months, which means our to-go dining options have never been more varied. Here are some of our new favourite offerings to add to your takeout night rotation.

This casual concept from the team behind acclaimed restaurant Dreyfus aims to be Queen West’s new neighbourhood go-to for lunch and dinner. The menu at Taverne Bernhardt’s, which changes daily, features beautiful salads bursting with local veggies, which are made to be paired with the restaurant’s pièce de résistance: rotisserie-cooked White Rock chicken served with coleslaw, pickles, a sesame milk bun, and gravy, as well as a choice of fries or roasted potatoes. The menu was developed with takeout in mind, so you can rest assured that everything travels well.

Posh pub the Parlour recently expanded its takeout offerings with a new vegan menu called the Game Changer. The menu features veganized versions of some of the restaurant’s most popular pizzas, including the Goldmember, which is topped with cashew burrata, caramelized onion, roasted mushrooms, yukon gold potatoes, truffle oil and mushroom dust. The Parlour also offers gluten-free dough or you can stick to their standard dough, which is made in-house daily through a 36-hour process that results in a light, crispy crust.

The Chase Fish and Oyster has rebranded as Planta Cocina, a new plant-based concept that’s cooking up easy-going Mexican eats. The menu includes brightly-flavoured dishes like wild mushroom and spinach quesadillas, and sweet corn and poblano tacos that are sure to break you out of a takeout rut. All of the dishes are vegan-friendly, but fans of Planta restaurants know that their fare is equally beloved by omnivores.

Nuit Regular’s pop-up in the Kiin space has allowed the chef to experiment with playful riffs on classic Thai dishes. By Chef Nuit‘s unfussy menu merges bold Thai flavours with comfort food favourites. The result is soul-warming mashups like pad Thai chicken wings and a pad gra prow burger made with holy basil, aged cheddar, and a fried egg.

Apres Wine Bar chef-owner Jeff Kang has already made a series of pivots amid the pandemic, including hosting the successful Kang Bang Furaidochikin pop-up and making the tough decision to permanently close sister restaurant Canis. The chef’s newest pop-up concept inside Apres, Ikune by Apres, focuses on Japanese cuisine, including sushi and chirashi bowls, as well as hot dishes like Japanese-style sandwiches and savoury dumplings.