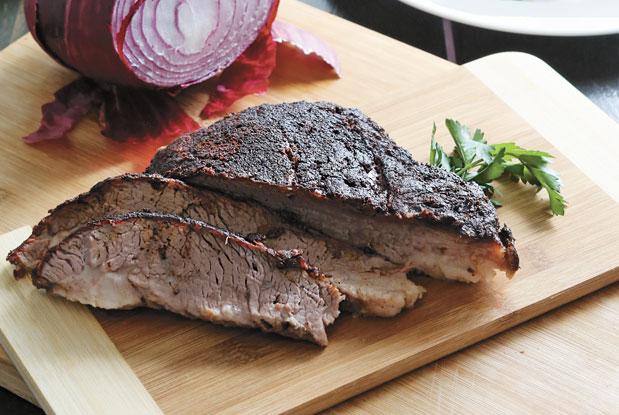 We rounded up the city’s top southern BBQ briskets and sat Grant van Gameren down with meat maestro Zane Caplansky to suss out who knows their beef.

GRANT’S PICK
AAA BAR, 138 Adelaide St. E., $15
Both chefs eye the huge hunk of brisket hungrily. “Points off for us having to work more!” jokes van Gameren, as Caplansky cuts into the meat. “It has a lot of flavour on the outside,” van Gameren says. “There are definitely some delicious pieces here.” Caplansky agrees: “There’s a nice real warmth in your mouth after you eat the spice.” 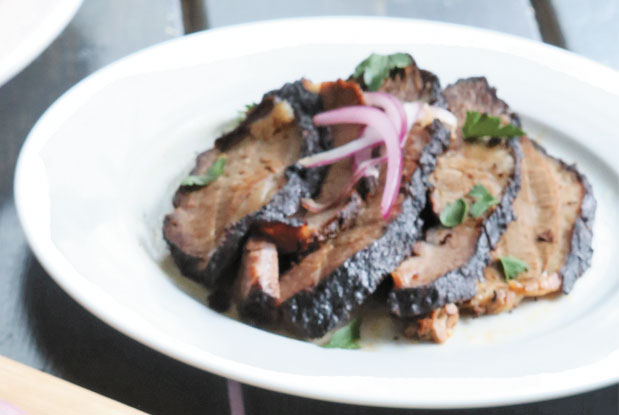 ZANE’S PICK
Stack, 3265 Yonge St., $10
“I like the smoky bark and the texture a lot,” Caplansky says. “It’s got some nice juice to it.” Van Gameren agrees: “That’s juicy. It’s good.” This pick gets Caplansky’s vote: “It seems like the complete package. It’s just a good example of a solid BBQ brisket.” 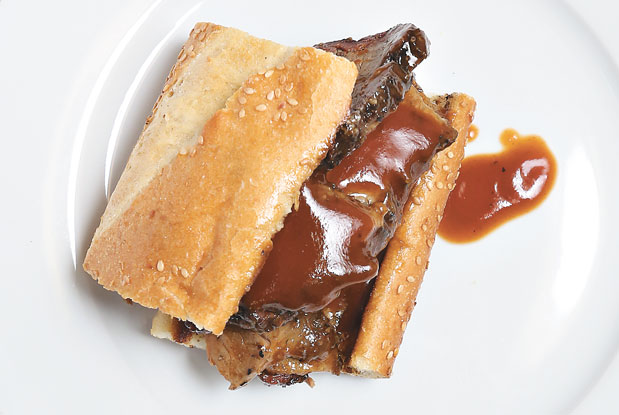 SMOKIN’ RING
The Stockyards, 699 St. Clair Ave. W., $12
“Now this has a beautiful smoke ring,” says Caplansky. “You can see the red that travels around the outside of the meat.” Both chefs find that the meat has more of a chew. “The term ‘falling off the bone’ is not a good thing,” notes Caplansky. Van Gameren: “The flavour’s nice with that peppercorn — it’s not super-aggressive.”

SAUCE-STRVAGANZA
Big Bone BBQ, 207 Eagle Et., $9.95
“Barbecue is such a personal thing, right?” says van Gameren. “A lot of the same way a deli is,” notes Caplansky. Both wish for a bit more flavour in the meat but are quite taken with the sauces. “They’re both solid,” says Caplansky. 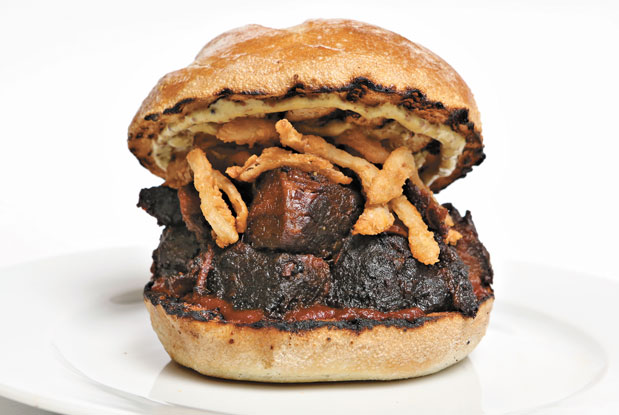 COOL COMBO
Leslieville Pumps, 929 Queen St. E., $8.18
“Now interestingly, this is kind of how I serve my brisket, with the onion rings on it,” says Caplansky,  whose deli goes through over 2,000 pounds of brisket a week. The chefs like the big chunks of brisket, though wish there were a touch more fat going on in them. 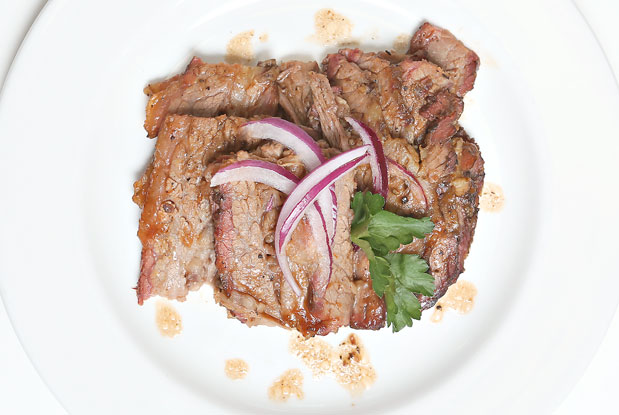 FANTASTIC FAT
Barque, 299 Roncesvalles Ave., $13
“This looks like a nice fatty portion,” says van Gameren. “You can see the smoke ring on this one, too,” Caplansky observes, though he doesn’t get a heavy hit of smoke. Although the meat is a touch sweet for van Gameren, he’d be more than pleased to take it home. 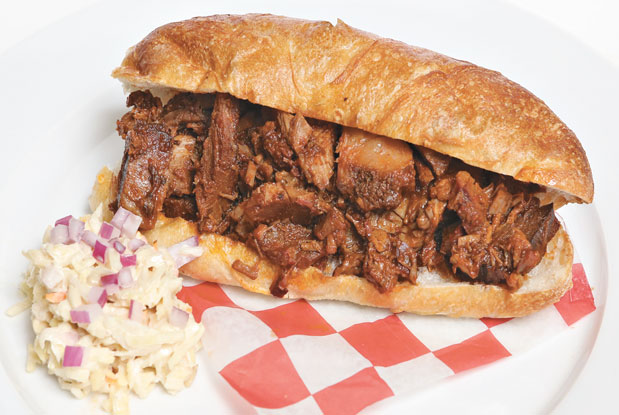 TERRIFIC TEXTURE
Lou Dawg’s, 589 King St. W., $9.95
“The textures are great; the moisture — terrific,” notes Caplansky. “Is this tomato sauce?” asks van Gameren. “It’s pretty classic,” says Caplansky, of adding the veg. “My mother’s brisket was tomato based, but she used Coca-Cola as well for some extra sweetness.”

Chefs Grant Van Gameren & Zane Caplansky, of Caplansky’s Delicatessen, joins our resident chef in tasting brisket. What does the deli man look for? “I like brisket that you can slice. I like it when it doesn’t totally fall apart and there’s still some connective tissue. It shouldn’t be like old person food that you can just gum with your dentures out.”