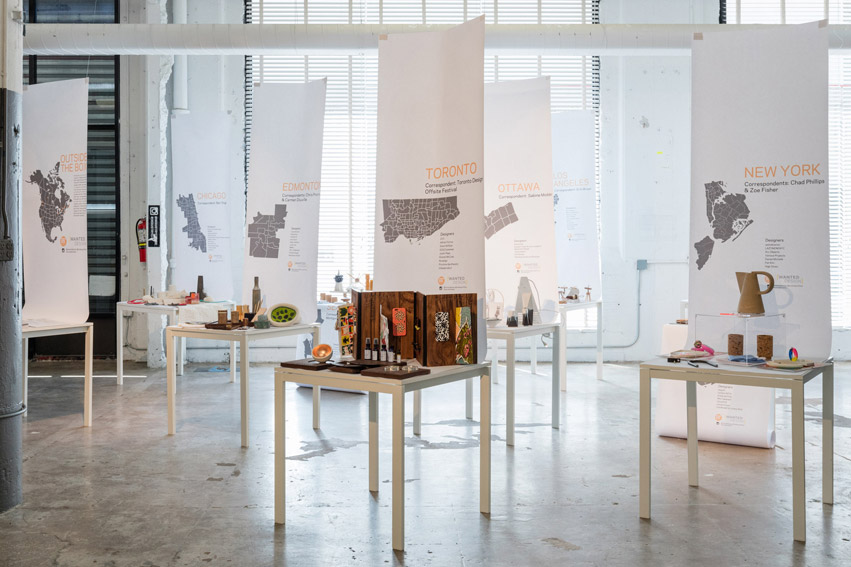 Toronto has a fine tradition of arts and culture in all the wrong places, from basement movie houses to spoken word events such as Trampoline Hall in the backs of bars. And even in people’s front yards like the wonderful tiny little art galleries from Open Field Collective or the giant white elephant at 77 Yarmouth. It’s everywhere in this city, so why not a doughnut shop?

Although a crumbling pastry shop might not strike most people as an ideal place for an art exhibition, the artistic directors at the Gladstone Hotel jumped at the opportunity to temporarily take over the recently vacated spot at 1181 Queen St. W., formerly home of the Gladstone Cafe. The time-worn spot — and the land it sits on — was recently purchased by a developer,  and in May 2017 it will be turned into a condominium sales office and will eventually be replaced with yet another highrise condo. The Art Hut, an ad hoc gallery space, will inhabit the space in between these two phases.

“Art Hut is a way to engage the neighbourhood as it’s transforming,” said Chris Mitchell, creative partnerships and special projects manager at the Gladstone Hotel.

The condo planned for the Art Hut site is just the latest in a rash of highrise developments in the Queen Street West and Dufferin Street area. Local artists and arts organizations are increasingly being pushed out of this neighbourhood as studio space becomes more scarce and housing less affordable.

Art Hut, Mitchell said, is the Gladstone’s way of temporarily reclaiming space for artists and their work. Local artist Justin De Lima — whose parents, both immigrants from the Portuguese island group the Azores, grew up in the neighbourhood — will kick off the project with an installation of sculptures created from local reclaimed materials and inspired by the intersection of gentrification, immigration and his own first-generation identity.

De Lima’s work will be followed by that of 12 additional Toronto-based artists and collectives. The installations will range from sculpture to screen prints to performance art and even wrestling. Many of the featured artists have found inspiration for their work in themes such as gentrification, the urban landscape and artist displacement.

“We’re trying to spark conversations about how to create neighbourhoods in these new vertical communities,” said Mitchell.