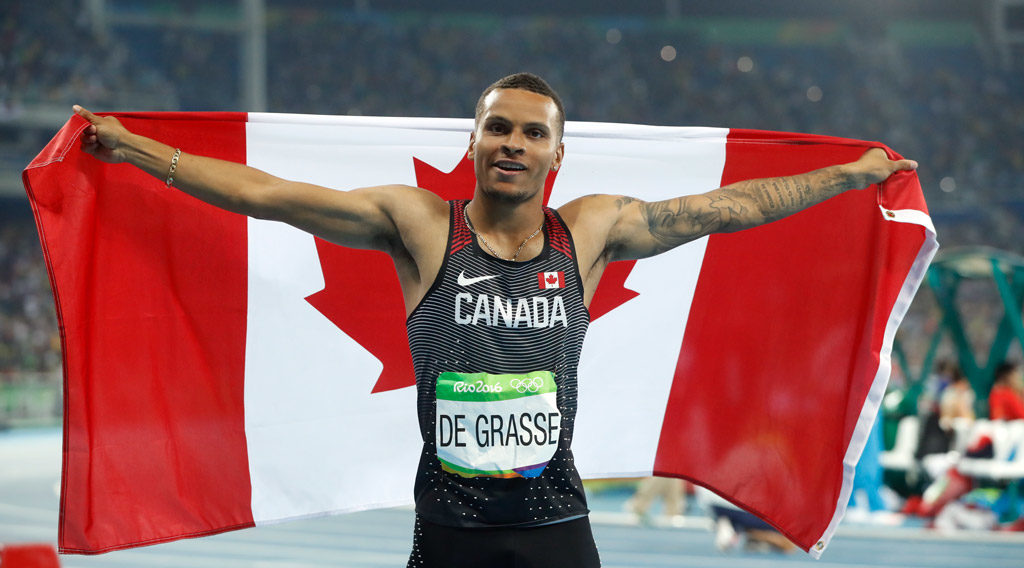 The bar is pretty high for him to reach, and it’s very clear that he’s well on his way there. Andre De Grasse is definitely in the right place, and for his first Olympics, to make it to the podium is a great achievement.

I’m very excited because Andre is working with my old team, and we’re making sure that everything is done for him to be successful. He’s coached by one of my closest friends. I communicate with his coach quite often. Andre knows that I’m a great resource for information, and he knows that I’ve got his back.

I think every athlete has their own unique personality, and I love the fact that, when I competed, I was someone who took things easy, and I made things look easy. Usain Bolt has done the same thing, and with Andre, he’s following those footsteps. He trains hard at practice, and when there’s a competition, he wants to win. He definitely has a killer instinct beneath all of that.

I don’t know how many people in Canada understand what it means to be one of the top three on the planet. Track and field is not a regional sport. It’s not hockey or baseball. It’s a sport that every single country in the world has a horse in the race. So if you’re in the top three, you’re actually competing in a global professional sport. So I definitely think that Andre deserves to be there.

Andre is the second Canadian sprinter in history to get to the Olympic podium. His next goal is to get the gold and to break some more records, so I really hope and want him to get to that place, to join me.

Donovan Bailey is a former world record holder for the 100 m. This is the seventh story in our multi-part series on the most inspiring Torontonians of 2016. Friday's was medical researcher Dr. Molly Shoichet.