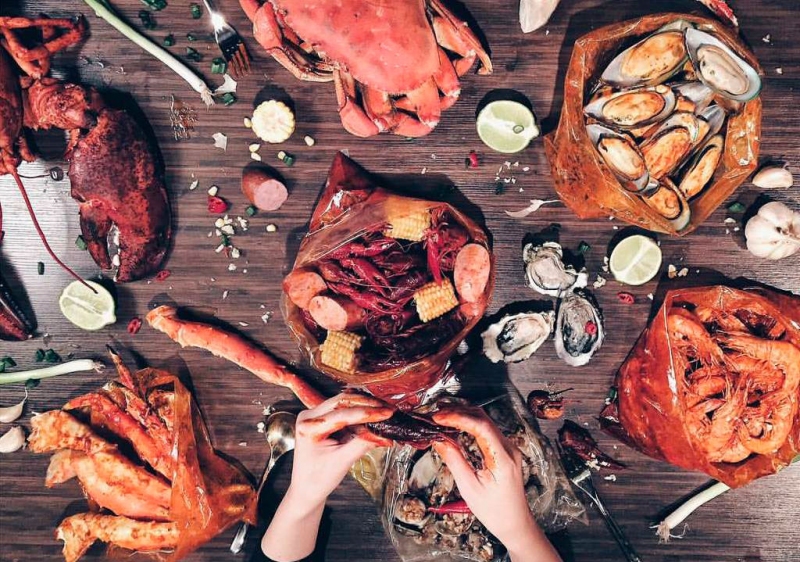 Do you love seafood? Then I have some bad news for you. The Captain’s Boil — a new seafood restaurant that piles copious amounts of seafood into plastic bags, drowns it in sauce and drops it on your table — is expanding rapidly in Toronto.

Do you really love seafood? Then you know it’s pretty much perfect as is. Oysters and clams are best consumed raw and unadorned. Fish does not need more than a spritz of lemon as seasoning. Lobster is fine on its own, or with a bit of butter. Simplicity is paramount with seafood, but The Captain’s Boil goes with obnoxiousness instead.

The Captain’s Boil opened its first location in North York in 2015 and has expanded ridiculously since then. There are currently four locations in Toronto, with at least five more in the works for Toronto and the GTA. There are also locations slated for Waterloo, Vancouver and Montreal.

This is how it works: pick which seafood you want; it’ll be crammed into a plastic bag and will look more or less like garbage on your table. Pick the sauce; there are no good options, and whatever you choose will be the only thing you will taste. Pick other stuff to go into your bag, such as corn on the cob or sausage; that’s to kill whatever seafood flavour might be left. Stuff your face, make a huge mess and get out.

The gluttony is nauseating. So is the quantity of plastic waste. It’s everywhere. Plastic bibs. Plastic cups. Plastic gloves. And of course, the bags. Everything about humanity’s horrifying love affair with overconsumption is on display. The unsustainability, the unadulterated sloppiness — it’s all here.

Seafood boils are a thing in Louisiana and other parts of the U.S. Years ago, before overfishing was a pressing concern, fisherman would catch a lot of stuff. They would make feasts out of lobster, crawfish and shrimp by boiling it and seasoning it with bay leaves, cayenne pepper and lemon. I’ve never had a traditional seafood boil, but if it’s anything like what The Captain’s Boil is doing, it’s a tradition that should end.

Maybe it makes sense to eat a lot of seafood when you live by the sea. But in case you missed it, Toronto is not a sea town. This stuff is getting shipped in from far away. Plus, most seafood will probably be extinct soon. It does not make sense to be piling it onto tables and then leaving a tower of plastic as waste. Do you somehow like the garlic sauce? Just pour it on tofu instead. It’ll taste the same, and you’ll still burp up the acrid tang of raw garlic for the rest of the day, if that’s your thing.

Things are about to get worse, because there is a copycat joining the scene. The Boil Bar has opened in Scarborough and has two more locations opening soon.

How is this happening? Maybe it’s the novelty, or maybe there are lots of people out there who have never tasted good seafood. Whatever is going on, it isn’t good for the city’s food scene or for the environment.