Toronto's own electro-pop star, Lowell's imperfect past is an inspiration | TRNTO.com
Skip to content 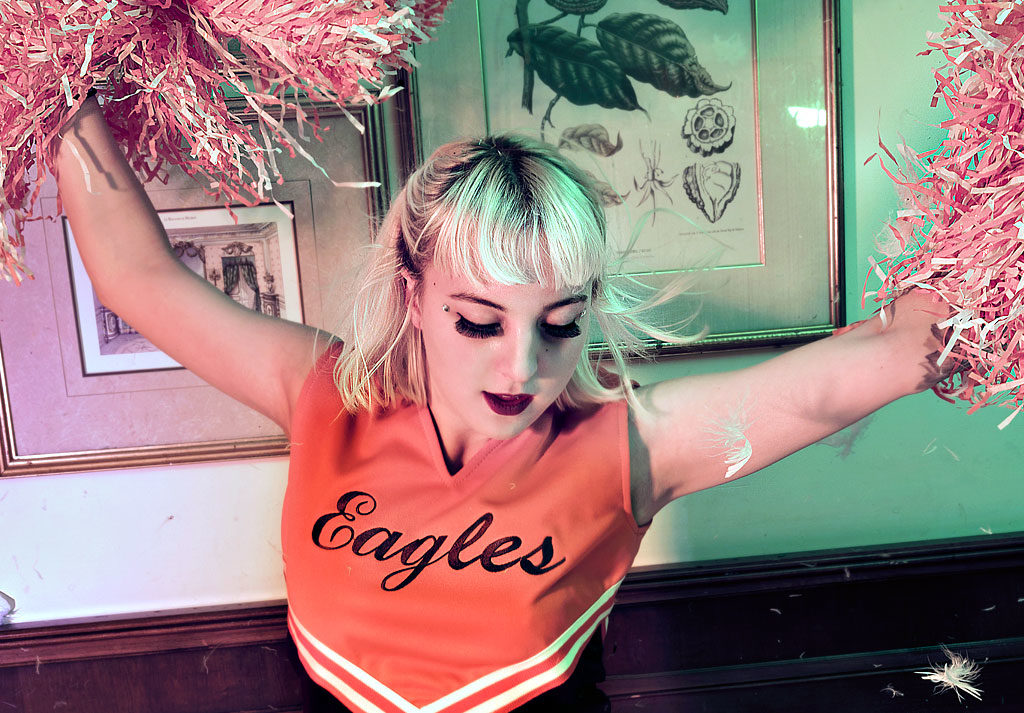 Lowell has been anointed as the next big thing in Canadian music and for good reason. She has songwriting cred, including work with such big names as the Backstreet Boys. She signed a record deal with whiz-bang Toronto indie record label Arts & Crafts. Her first live concert appearance was in front of a horde of 50,000 strong at the Roskilde festival in Denmark. And the album title of her debut EP, I Killed Sara V., refers to her killing her former stripper self. Not a bad back story.

What separates Lowell from the pack could be her confidence or her considerable talent, or maybe she just wants it more. But she makes one thing quite clear: she is serious about doing it her own unique way.

Lowell wants to be a positive role model, and she wants to talk about things in an open and honest way that we as a society don’t like talking about.

Sure, her electro-pop music is way catchy, her beats assured, and her musicianship at a high calibre. And she’s cool. The kids will love her. But she’s also writing about her own experiences with women’s rights, gender politics, rape and her former life as a stripper. It’s big and it’s bold, and with the release of her highly touted full-length debut album, We Loved Her Dearly, Lowell has arrived just in time.

“I think my biggest thing is that this record is an example of what I’m trying to do,” she says, on the phone from her home in Toronto.

“I’m just trying to be open and honest and show people that it is not necessary to be ashamed of your past.… For example, I feel like I’ve probably never heard a pop star say, ‘I’ve been raped. I’m not afraid to say it out loud.’ The coolest people in the world, the most well-spoken, the strongest, most fierce people — and I’m all of those things — but they are still human beings, and they have had really horrible things happen to them, and it’s not their fault, you know.”

Lowell was born in Calgary and spent time in a number of different locales before moving to Toronto to study classical music at the University of Toronto.

“It was my parents’ first choice, but I also saw going to U of T as this new music scene,” she says. “Yeah, I’d be going to school, but on weekends, I’d go out to shows and try to meet people. I didn’t really know much about the Toronto scene at the time.”

She lasted a couple months, then dropped out. But before she put out her own music, before she put together her first band, Lowell was already writing songs with musical heavyweights such as producer Martin Terefe (KT Tunstall, James Blunt, Jason Mraz) at Kensaltown Studios in London, England.

“I was invited down there to write a couple sessions, and people were really impressed by my writing, and so I ended up staying longer,” says Lowell. “I ended up living there for a year and writing for other people, and in my spare time writing for my own record.”

Earlier this year, Lowell released her debut, five-song EP, I Killed Sara V. The Sara V. in question is a reference to Sara Victoria, Lowell’s stage name when she worked for a short time as a stripper.

“At one point, I was dancing just to make money for demos and other complicated reasons, with a fake name,” she explains. “And when I started writing and being encouraged more to do music, realizing I was super-talented, I quit that life and moved forward. But I’m not at all ashamed of that part of my life. It makes me who I am today. Also, Sara V. was kind of badass and awesome.”

Lowell plays the Garrison in Toronto on Dec. 5. For more information, visit her website.