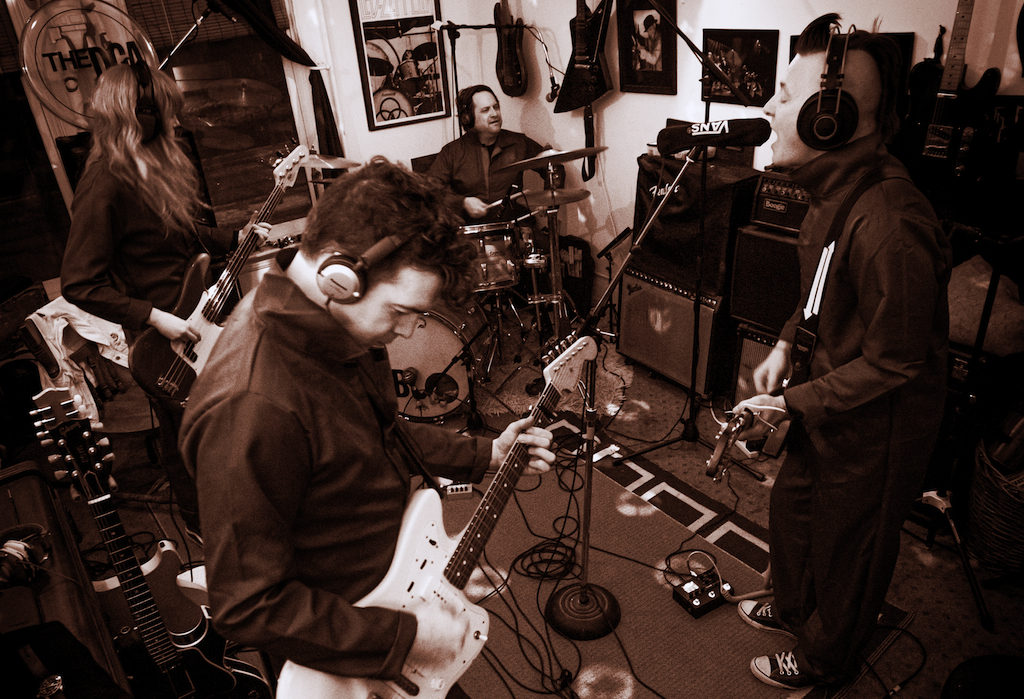 Ron Hawkins has done a lot in the music industry. The Lowest of the Low lead singer has played everything from arenas to the dingiest of bars to garages. He thought he’d seen it all. But we all know how this story ends. Along came COVID-19 and a global pandemic right when the music veteran was readying his latest album along with his other band the Do Good Assassins. Although the album, 246, has taken a new and very DIY shape, it is set for release on Aug. 28, and it is fantastic.

“We did sit on the idea of maybe we wait until we’re on the other side of whatever this might be,” says Hawkins, of this past winter contemplating supporting a new album with no live shows and no idea when physical albums would be made. “I think a lot of things came into play, but given that this is my 17th or 18th record, I thought, well, ‘Hey, let’s do an experiment. Let’s see what happens when you release a record in a pandemic.’ ”

Although a major record label was keen to release the album, Hawkins decided to keep with the indie vibe that the album took on early in the process and carry it through to his loyal fans.

It was recorded on a 1985 Tascam 246 4-track cassette recorder — which Hawkins used to use to record demos in his parents’ basement back in the ’80s — in drummer Jody Brumell’s living room with an ethos of “no digital tomfoolery.” If the songs weren’t good enough, there would be no hiding it.

“I had full confidence that this band would create that kind of vibe in a room together, you know, like an old school vibe,” Hawkins says. And why shouldn’t he? The Do Good Assassins is a serious mix of local musical talent including Jody Brumell (drums), formerly of the band Lorded and currently of Ace of Wands; Lee Rose (bass), also of Ace of Wands and formerly of Rival Boys; and Stuart Cameron (guitar) who also currently plays with Crash Test Dummies and the Matthew Good band.

It’s a band that sets itself apart from Hawkins’s other well-known project. It’s the soulful and dynamic yin to the beer-soaked, working-class yang of the Lowest of the Low.

Lowest of the Low was a stalwart of the indie rock scene back in the ’90s. The band’s debut album, Shakespeare My Butt, which is found on a fair share of best album lists, landed the Low in the Canadian Indies Hall of Fame.

The Do Good Assassins actually came about when Hawkins was under the impression that the Lowest of the Low had broken up. A familiar scenario that played out more than once. But the formation stuck.

Now, he has two fantastic Toronto bands, in addition to his solo work. And Hawkins is using his rather catchy platform to push for positive political change. The new album has a few tunes that are, if not an outright call to action, at least a message to reconnect with that rebel you were back in high school.

“My belief is that the art itself is meant to be kind of like vitamins, you know, or fresh air,” he says. “It’s to make you feel more fully human, so that when you wake up in the morning, it’s like, ‘Yeah, I want to go and do my activism in the street where it’s going to have an effect.’ ”

HEARTBREAK IN HOPPER STREET from Ron on Vimeo.

In addition to a new album, Hawkins has also been entertaining his fans with a weekly live stream he has dubbed Tommy Douglas Tuesdays, after the pioneer of single-payer, universal health care in Canada. He doesn’t ask for money during the shows, although those in attendance would be more than happy to oblige. But what he does do is highlight a cause each week that does need funding. He’s a good egg that way, and it’s part of the reason those that have followed his career have stuck with him.

“What I love about those shows is that, well, first of all, I love the solidarity. When the pandemic first hit, suddenly there were no live gigs. But once I started doing this every Tuesday, I was, like, ‘Oh wow, we can still kind of do this. The community is all here,’ ” Hawkins says. “And they’re chatting with each other and chatting with me. And it was very, very inspiring to me. Especially early on, I got a lot of great notes from people like front line workers and stuff like that. They were saying, ‘My life is hell right now all week, and I really look forward to Tuesday night because I can kind of just get into the music and talk to people.’ So it felt like a political act as well as an act of solidarity with a fan base.”

Hawkins has dipped a toe into live shows once again. Recently, he and Do Good Assassins bandmate Brumell played a rooftop gig in the west end of Toronto within a geodesic dome. So who knows what the future will look like. But as long as Ron Hawkins and company keep making music, whether, on cassette recorders or high-tech studios, I think we’ll be all right.

For more information, go to ronhawkins.com.