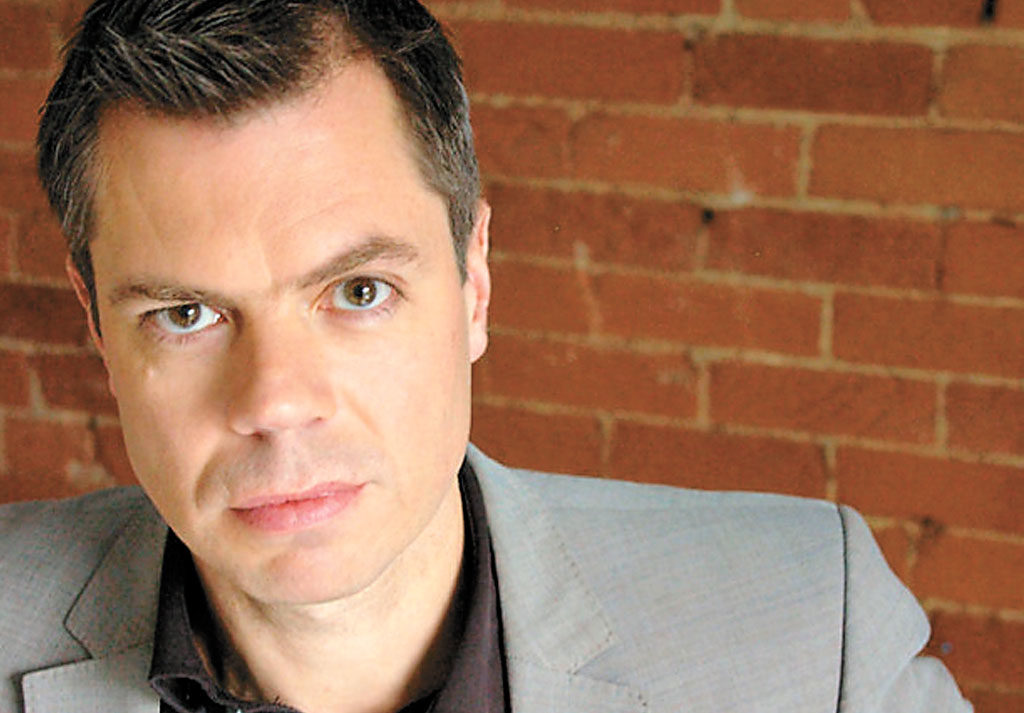 If you’re from Toronto and are well read, chances are you’ve come across the works of highly regarded writer Russell Smith. From his weekly column in Saturday’s Globe and Mail arts section to his novels, his literary writings, his book on men’s style and even his work on DailyXY.com — an online men’s magazine he co-founded — Smith’s writing has gotten around over the past 20 years, just like his characters have. So much so that his writing has become synonymous with the Toronto lifestyle — the good, the bad and the very, very ugly.

For those of you who have read him, chances are you have an idea of the man behind the words. He comes off as eerily confident, bold, a bit harsh and abrasive and definitely opinionated.

He isn’t afraid to say it like it is, a trait hard to come by for writers these days who fear inevitable online backlash in comments, reviews, et al.

And yet, on a sunny, weekday spring afternoon in Toronto, he was anything but expected. In fact, the guy with a whole lotta backbone spoke openly and honestly about avoiding all book reviews and online comments on his pieces, and also about where he is in his career and where he wished he would be at this stage in life.

“A novelist. Fiction writer. That’s my vocation. I do everything else just for money,” he says, admitting he’d live a happy life if he could “just sit and write novels all day.”

His 10th and latest book, Confidence, a book of short stories, came out May 1 and is something he composed between his other writing gigs.

“One thing that links all these stories together is that everybody has a secret of some kind. Not only the men. The women have secrets as well. That comes from my belief that everyone is keeping something from their spouse,” says Smith about Confidence.

And though in it he makes fun of high-society types in Toronto — most notably in his short story “Fun Girls” — he admits that the so-called glamorous life appeals to him.

“I like glamour. It’s very taboo for a Canadian artist to say that,” he admits.

Yet he describes the pressure that comes with fitting in with the fun girls as “fabuphobia,” something to which many of us can relate.

“In ‘Fun Girls,’ the character is an academic and going out with her beautiful friends, and she doesn’t want to be in a place where the beauty is competitive and the grooming is competitive. She feels threatened by places like that, and that’s very common for my literary friends.”

Smith tackled similar issues and characters in his previous works, including one of his early and most notable novels, How Insensitive, which was nominated for the Governor General’s Award in 1994, and the followup, Noise, published in 1998. His last short story collection was 1999’s Young Men.

If you’ve read his other fictional work, you would be familiar with some of the characters that make cameos in Confidence. But these characters are just treats for the trained Smith reader and it’s not essential to know their background.

That’s the thing about Smith. You don’t need to know the myth behind the man to get him. If you do, you do, and if you don’t, that’s all right by him.