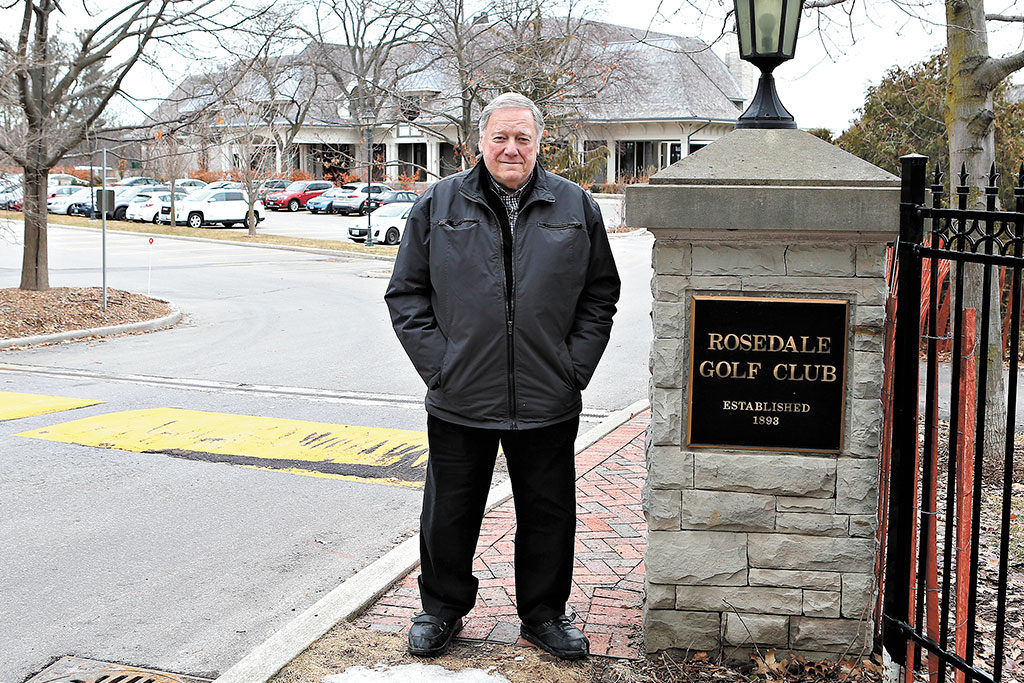 Is everyone in the city paying a fair share? That was the question last month, as the City of Toronto was once again deliberating over the Toronto budget.

Are homeowners paying enough or too much? Are small businesses paying too much? Should arts facilities get a special tax class?

There is a movement to keep the city affordable and diverse and not let it become a playground for the rich and fabulous.

So what of old-timey institutions such as private golf clubs? Shouldn’t such places pay their fair share?

Local residents might be surprised to learn that some of the wealthiest enclaves in the city get special tax breaks dating back decades — agreements that are unbreakable, according to City of Toronto officials.

Take Rosedale Golf Club for instance. This very private golf course in central Toronto dates back more than a century. It has ranked as one of the best golf courses in the country.

Membership, if it is offered at all, runs upwards of $90,000. But since the creation of metropolitan Toronto in the 1950s, the club has enjoyed the benefits of a fixed assessment agreement, meaning that property taxes are paid on a historic pre-determined amount. The difference between that amount and the amount payable under the current assessment value is deferred, as is interest on the deferred amount.

Maybe it’s time the playing field was levelled so that the community exacts some sort of benefit, and allow kids or adults from priority neighbourhoods to use the course once a week.

Other clubs that cater to a very exclusive clientele, such as Oakdale Golf & Country Club and the Toronto Hunt Club, get the same deal.

“As it turns out now, the guy who washes the floor in the locker room at these clubs is subsidizing the members of the club,” said Howard Moscoe, a former Toronto city councillor who tried and failed to beat the agreements numerous times over his long career in politics.

His battles over the private golf club dealings are chronicled in his new book released late last year.

“Most people don’t even know of these agreements,” he said.

There were 12 private clubs that got these sweetheart deals, and only nine remain. Moscoe estimates that monies owed to the city could be as much as $41 million. But there is more to it than simple tax breaks.

When the agreements were struck with different metropolitan Toronto areas, such as Etobicoke, Scarborough and North York, the fear was that without them the large tracts of land would become housing developments.

“They are still active contracts that we are bound by today,” said John Longarini, manager, operational support for the city.

“The guy who washes the floor in the locker room at these clubs is subsidizing the members.”

“And they were designed, from what I gather, to preserve green space in the development era when large tracts of land were being used up for housing.”

Should a club ever be inclined to cease being a club and the membership cash out and head straight to the Grand Cayman Islands, the club would first need to pay back its deferred taxes and accumulated interest.

The concern is that without the protectionist agreements the free market forces would prove too strong and the golf clubs would sell off the land to a developer.

There is precedent, and it is happening with greater frequency as of late. In Markham,  members of the York Downs Golf Club up and sold their massive 417-acre plot of land, which will soon become a massive residential development destroying the majority of the cherished green space that provided many environmental benefits.

The Ladies’ Golf Club of Toronto in Thornhill sold a slice of its land to a developer to allow for the continued existence of the club.

And the same thing is happening in Oakville where Clublink is trying to plunk a development with thousands of units overtop the historic Glen Abbey golf course. The town is fighting hard against the Glen Abbey development, attempting to use a heritage designation, but it could be lost.

In the blink of an eye, massive green spaces will be paved over.

The seven municipally owned golf courses in Toronto have been losing money for years, and the city is reviewing their operations.

It is unlikely the city would carve up the Don Valley Golf Course and parcel it up for development, but stranger things have happened.

The trouble is golfing isn’t as popular as it once was. Combine that with a strong real estate market and a shortage of large plots of developable land, and that’s a recipe for disaster.

That’s what worries Toronto member of provincial parliament Mike Colle, author of the Ontario Greenbelt legislation, who has heard talk of the private golf club tax issue come around every few years, usually around budget time.

“The bottom line is that this isn’t going to mean any kind of end to poverty or housing shortages or fix the Toronto budget,” he said.

“We are just getting flooded by people and condos. The last thing we should be doing is jeopardizing green spaces. And as much as these golf courses are sometimes seen as privileged places, if they weren’t golf courses, they would be condos right now.”

The only way to get the private golf clubs in Toronto to pay taxes at current rates, according to Longarini, would be to amend the provincial legislation, and it doesn’t seem likely.

Given the current demand for housing and the tenuous nature of golf in general, the best move might be to strengthen protections and to exact some additional community benefits. Why not let the public to play on the courses once per week?

“I don’t want to look at [amendments] that in a way jeopardize [green space],” said Colle. “We have to be very careful especially in the centre of the city with Rosedale and these courses in very sensitive spaces.”

Rosedale Golf Club did not respond to a request for comment.