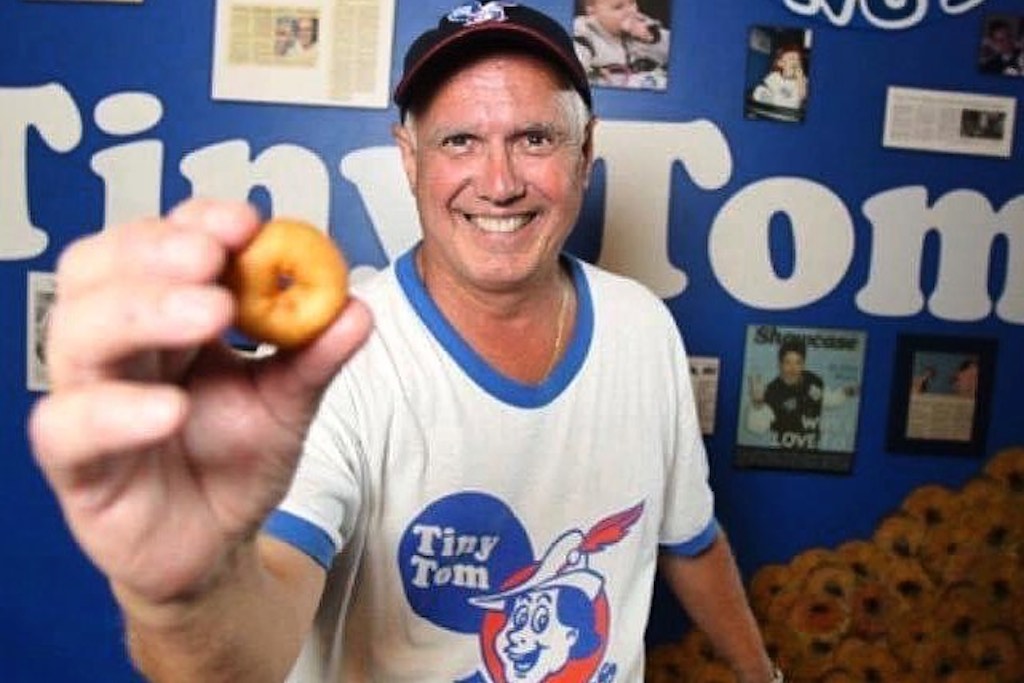 Tom Brazier, 73, the founder of Tiny Tom Donuts, which would have celebrated its 60th anniversary at the CNE this year, and 27th at Canada’s Wonderland, has died, the company announced via a post on social media today.

“It’s with great sadness that we share the passing of a beloved figure in the city of Toronto. Tom Brazier, of Tiny Tom Donuts has passed away,” a statement read, in part. “Tom’s family would like to thank the city of Toronto for making us a part of their summer tradition every year. The Brazier family will be carrying on Tom’s legacy and looks forward to serving you his famous Tiny Tom Donuts again soon.”

It’s with great sadness that we share the passing of a beloved figure in the city of Toronto. Tom Brazier, of Tiny Tom Donuts has passed away.
Tom was beloved by all who were blessed to know him. He was looking forward to celebrating his 60th anniversary at the CNE and the 27th pic.twitter.com/icX9XCluEL

Many Torontonians have taken to social media to express condolences and share memories and thoughts of appreciation for Brazier and the local institution he created.

“Sadness. I have so many fond memories of scarfing as many as possible at the CNE. When this is all over I’ll find a local food fest and raise a bag in his memory,” wrote one commenter.

“It is a rare and special thing to create a legacy that is truly woven into the fabric of a city. Tiny Tom Donuts IS the Ex,” wrote another commenter.

The family-run business also has a storefront location in Markham on Woodbine Avenue, although it is also currently closed due to the COVID-19 pandemic.