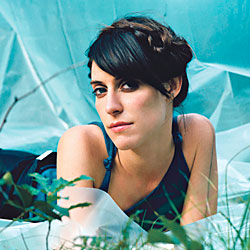 “1234” FEIST — brilliant in its simplicity and exuberance for life, Feist’s international hit changed it all: how commercials influence music, how Canadian music is perceived, not to mention starting a Sesame Street revival.

“100 Watt Bulb” THE INFIDELS — although we love the jazz diva routine, it is important to remember that the legendary Molly Johnson could, and likely still can, rock out with the best of them.

“Angel Eyes” JEFF HEALEY — one of the greatest guitar players, bluesmen and righteous dudes to call the Big Smoke home, this song represents the height of Healey’s popularity. He was a purist, and dedicated his life to his craft and to fostering the local music scene.

“Baiting the Public” F—-D UP — because Damien Abraham is the coolest f rontman in Toronto music today. Up next? The band’s rock opera, dubbed David Comes to Life, comes out June 7.

“Be My Yoko Ono,” BARENAKED LADIES — because it is nice to remember the good old days before the drugs and the big breakup when life was about a bunch of kooky kids crammed into a MuchMusic booth singing about Yoko Ono.

“Beltmaker” MCKENNA MENDELSON MAINLINE — incredible rock outfit that took the United Kingdom by storm in 1969 touring the clubs with the likes of Led Zeppelin. Could be one of the first raunchy tunes in T.O. history.

“Claire” THE RHEOSTATICS — artful, intelligent and vastly talented, the Rheostatics are a beloved Toronto institution with an influential style that can be heard in a myriad of new bands.

“Combat Baby” METRIC — ridiculously talented new wave quartet burst onto the music scene in the hipster revival of the late ’90s. This killer tune got it started.

“Come For A Ride” BY DIVINE RIGHT — played the first concert at the Air Canada Centre (opening for the Hip) with the ever-charming José Contreras on vocals. Introduced the world to little-known rock goddess named Leslie Feist on guitar. 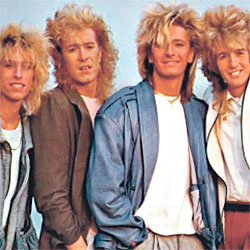 “Criminal Mind” GOWAN — sure it is pure ’80s pop, and Gowan had that hair…. But, it is also a beautiful song by a brilliant performer. Still strikes a chord.

“Doesn’t Really Matter” PLATINUM BLONDE — a great song from a great ’80s band. And, yes, we were as shocked as anyone when we realized these bronzed rockers were actually from Toronto.

“Down by the Henry Moore” MURRAY MCLAUCHLAN — McLauchlan managed to encapsulate a city coming into its own but unwilling to stop looking over its shoulder, in this iconic tune. 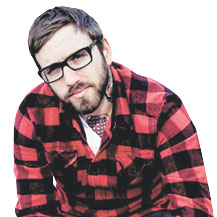 Dallas Green’s pick:
“Tears of Rage” THE BAND — They were looked up to as this band that revitalized Americana, but it was made by four Canadians (and an American). They changed the way people look at Canadian music. Richard Manuel singing that song, it could be Ray Charles, but it is this white Canadian singing this soulful, unbelievably beautiful song, you know.

“Echo Beach” MARTHA AND THE MUFFINS — is it possible to even contemplate blasting a better tune than this gem while driving north to the cottage for a long weekend? We think not.

“50 Mission Cap” THE TRAGICALLY HIP — because if you have to sing a song about the Maple Leafs, you might as well dig out the historical nuggets from back when the team actually won. And, yes, they’re from Kingston, but we don’t care. They’re ours now!

“Fly by Night” RUSH — it all began with the hiring of legendary drummer Neil Peart, who replaced John Rutsey for the band’s second album and helped take the Willowdale group to dizzying heights of musical complexity.

“Fred Victor’s Mission” THE DISHES — it wasn’t just punk rock in late- ’70s Toronto. There was also a vibrant art-rock scene located primarily in the area of the Beverly Tavern. The Dishes were one of the seminal bands of the era ushering in a slew of local acts such as Martha and the Muffins.

“Green Bottled Lover” SPARROW — one of the most innovative rock bands to come out of the thriving music scene in the late ’60s, the band recorded this song as their second single before moving to California, changing their name to Steppenwolf and hitting it big with “Born to Be Wild.” 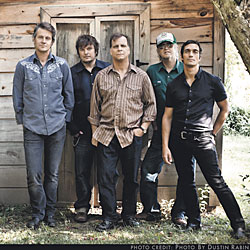 “Hasn’t Hit Me Yet” BLUE RODEO

— pioneers of the Queen West sound alongside bands such as the Skydiggers. “Hasn’t Hit Me Yet” was the best song from the band’s most successful and arguably best album, Five Days in July.

“Having an Average Weekend (The Kids in the Hall Theme)” SHADOWY MEN ON A SHADOWY PLANET — how can a band play instrumental rock, yet manage to craft one of the most recognizable tunes in the Toronto musical canon? Incredible talent.

“He Don’t Love You (and he’ll break your heart)” LEVON AND THE HAWKS — a musical group in swingin’ ’60s Toronto that established Robbie Robertson as the best guitar player in town and led to the formation of the Band.

“High School Confidential” ROUGH TRADE — one of the first explicit lesbian songs in the world, this ditty established Carole Pope as a groundbreaker and helped cement Toronto’s reputation as an incubator for creativity in music.

“Home” THE PHANTOMS — one of the greatest bands that never was fronted by Jerome Godboo with his wild stage antics and legendary harmonica virtuosity. Godboo can still be found holding court at the Delta Chelsea.

“If I Had My Way” BIG SUGAR — few bands approached the level of sonic assault produced by Gordie Johnson and Big Sugar on their groundbreaking Hemi-Vision album. The band is returning with their first album in a decade. 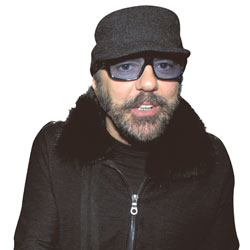 Daniel Lanois’s pick:
“There’s a Rhythm” RON SEXSMITH — He’s being celebrated in Toronto as the great songwriter he is (Luminato). I couldn’t make dinner, but we prepared a film. He’s one of the greats. If he’s not the most popular, he’s certainly one people should know about and enjoy.

“I’m an Adult Now” THE PURSUIT OF HAPPINESS — one of the tightest, most compelling bands to emerge on the Toronto scene in the late ’80s, fronted by the artsy and literate Moe Berg, helped demonstrate that rock was about more than just testosterone. Yes, that means you, Nickelback!

“It’s My Time” THE MYNAH BIRDS — because the thought of a 21-year- old Neil Young playing with Rick James in ’60s Yorkville is mind-blowing no matter how many times you say it.

“Let Your Backbone Slide” MAESTRO FRESH WES — because somebody had to come along and prove that Toronto could do more than just twang a guitar. We can rap and scratch records, or whatever the kids do these days.

“Lay It on the Line” TRIUMPH — a band that emerged from under Rush’s sizable shadow to prove that Toronto was more than a one-trick prog pony. 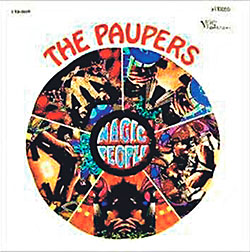 “Magic People” THE PAUPERS — Canada’s first big musical export to come out of the Toronto music scene of the ’60s, “Magic People” is the title track from the band’s seminal debut album.

“Mary Lou” RONNIE HAWKINS — sure he’s a transplanted American, but how could we ignore such a prominent figure in Toronto music. Without Hawkins, there is no the Band, and the entire Yonge Street scene would be altered. Long live the Hawk!

“New York City” THE DEMICS — although founded in London, Ont., the band moved to Toronto, added local guitarist Steve Kotch to the lineup and killed it with “New York City,” still considered one of the best songs in Canadian music history. Period.

“Nothin’” THE UGLY DUCKLINGS — psychedelic gem from a group of locals who met at Cedarbrae S. S. and ended up with a huge, international hit on their hands.

“Old Man” NEIL YOUNG — impossible to choose one song from Toronto’s own rock icon Neil Young, but this gem always reminds us of the historic ’71 concert at Massey Hall.

“Opportunity” MANDALA — one of the many great Toronto bands backed by the incredibly talented Dominic Troiano on lead guitar, a hugely influential figure in music who went on to play with the Guess Who among others before passing away in 2005.

“Paradise Skies” MAX WEBSTER — although garnering a cultlike following for the band’s first few albums, their fourth disc, A Million Vacations, provided a major breakthrough for Kim Mitchell and company, going platinum in Canada — led by this gem from the classic rock canon.

“Put Your Head On” BOURBON TABERNACLE CHOIR — straight outta Lawrence Park Collegiate Institute y’all. One of the Bourbon’s greatest song, it never fails to deliver a smile. We miss you, Kate Fenner! 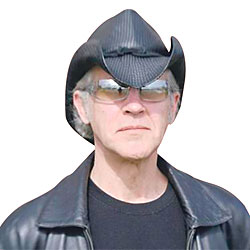 Men Without Hats’ pick:
“Tillicum” SYRINX — There was a band electronically influenced called Syrinx, featuring John Mills, who I believe is still making music today. It was in the soundtrack to a TV show called Here Come the 70s…. They had synthesizers and a sort of Tangerine Dream–ish, you know. Very influential.

“Rockabilly Girls” HANDSOME NED — a legendary Queen West figure brought a little twang to the scene, transforming the area through his weekly gigs at the Cameron House, inspiring local bands such as Blue Rodeo. 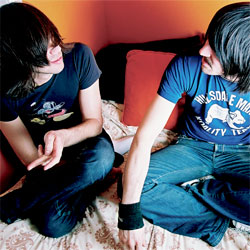 “Romantic Rights” DEATH FROM ABOVE 1979 — devastating, earth-shattering rock from one of Toronto’s most notorious (two-man) bands … ever. Reunion show at South by Southwest resulted in a mini riot, most popular band at legendary Coachella Festival this spring. Ripping up a stage near you.

“Save Your Scissors” CITY AND COLOUR — Dallas Green is one of the, if not the, finest singer-songwriters in Canada today. There, I said it. Deal with it.

“Screaming Fist” THE VILETONES — let’s not forget that during the ’70s Toronto had one of the largest punk scenes in the world and one of the most notorious bands was the Viletones, headliners of the infamous Last Pogo concert/riot at the Horseshoe Tavern. 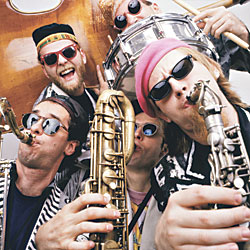 — “I want the 77B on the T-T- C.” The Shuffle Demons expressed their love of the city through this over-the-top fun song that still shuffles feet and cracks smiles today.

“Spinning Wheel” BLOOD, SWEAT AND TEARS — local great David Clayton- Thomas hit it big, really big with this song that made him an international superstar. But he never forgot the Toronto bars where he got his start.

“Strugglin’” K’NAAN — one would be hard-pressed to find a more talented songwriter and performer than K’naan who, in a few short years since this song launched his mainstream career, has become one of the most influential artists in the country, if not the world.

“Sunny Days” LIGHTHOUSE — because only a Toronto rock orchestra could start their career at the Rock Pile before a first year that included gigs at Carnegie Hall and a slew of pop festivals around the world.

“Sweet Jane” COWBOY JUNKIES — every Tom, Dick and Harry with an acoustic wants to play or record in a historic Toronto church, but Cowboy Junkies did it first and best when they recorded their seminal album The Trinity Sessions in the Church of the Holy Trinity in downtown Toronto in 1987.

“The East Wind” GORD DOWNIE AND THE COUNTRY OF MIRACLES — not a Hip song, so it counts.

“Under The Carlaw Bridge” LOWEST OF THE LOW — because amid the beer-soaked mayhem of a Queen West show by the Low, it felt great to realize someone was singing about our own city for a change. Currently, The Low is basking in the glow of the band’s reunion tour celebrating the album’s 20th anniversary. 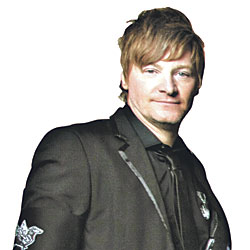 Ron Hawkins’ pick:
Smile (yes, the entire album) CHANGE OF HEART — Ian Blurton was a galvanizing figure to me. He was like-minded to me and Lowest of the Low guys in that he’s a lifer and he’d still be doing it whether anyone comes out or not. The album was recorded off the floor — if not, then very little overdubbing. That was very old school, but at that time, it was revolutionary.