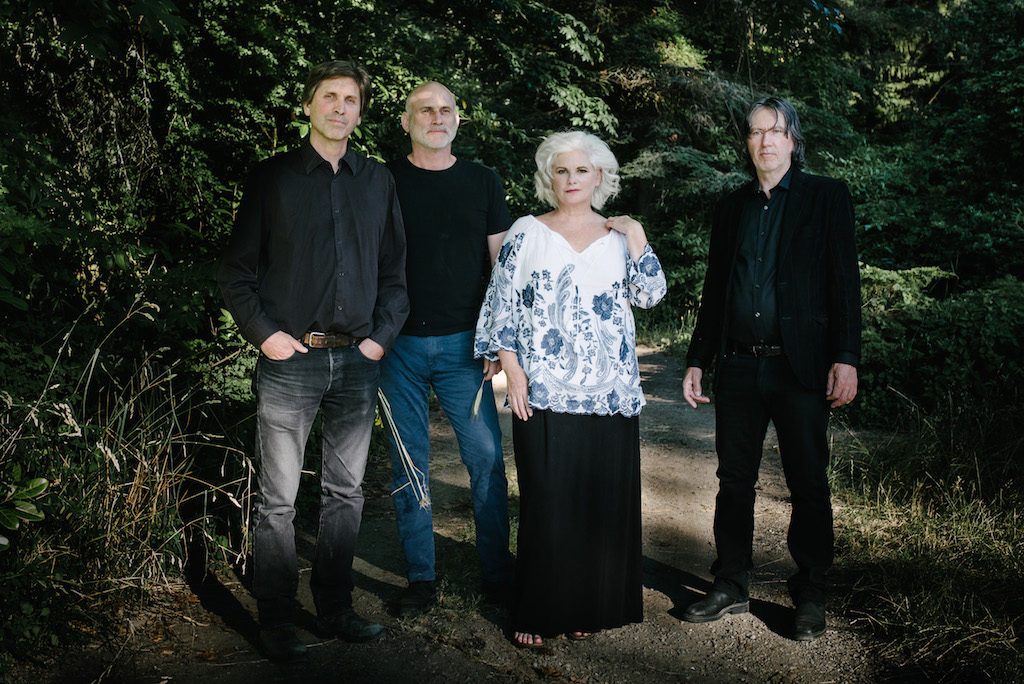 The Cowboy Junkies have quietly become one of the most important bands to come out of Toronto, and more than three decades deep they continue to turn gorgeously crafted albums that speak of the times in a way that is unique. Their latest, All That Reckoning, proves the band still has a lot to say. But it took some time to get there.

"It's always weird, when you're 15, 16 albums into your career, you've really gone over a lot of territory, so I think there was about a five-year gap between albums," says Michael Timmins, the band's songwriter and guitarist. "This album is really about a personal reassessing of where one is in one's life, and taking stock, and at the same time I think it parallels what is happening in the world these days with political and social situations, and institutions."

All That Reckoning actually took shape after Timmins remembered a line that he'd kept in a notebook for years. It read, "Welcome, to the age of dissolution."

"I had that line for years, and even considered calling this record that, and even a previous record, but it never made sense," he says. "I basically had to get the world to fall apart, and that's basically it, you now. I think we are in an era where disillusion is happening, there is this slow crumbling of institutions and beliefs and belief structures. And hopefully there is a re-building at some point and it's positive."

But in true Cowboy Junkies fashion, the thought-provoking lyrics are wrapped in this beautiful music with Margo Timmins' powerful vocals front and centre. It's kind of their thing, after all they did manage to turn out a pretty great record about the Kennedy assassination back in 2013 dubbed The Kennedy Suite.

"To me, if someone sits and listens to a record, or gazes at a piece of art, closes a book, and there is a little bit of introspection or thought that goes on, or maybe you evoke something, that's all you want," he says. "I don't really aim to get people to think in a certain way. I want people to get out of music what I do when I listen to it, and that's basically a turn inward and thinking a little bit."

The band, made up of siblings Margo, Peter and Michael Timmins along with lifelong friend Alan Anton, formed in Toronto in 1985, and in 1988 made their mark with a remarkable album called The Trinity Session, which was recorded inside the Church of the Holy Trinity. They've had highs and lows, done the American record label thing, and started and continued to run their own independent record label, Latent Recordings.

"Artistically, we still enjoy playing together and have fun doing what we do, that's the easy part," he says. "The hard part is trying to figure out how to survive and not get disillusioned by the business. I think that's the main thing and we've been good at that trying to chart our own path on that level, both artistically and on the business side."

For the Massey Hall concert, the band is bringing along a couple of great bands and members of their own musical community here in Toronto: The Skydiggers and Lee Harvey Osmond.

"It's nice that enough of us have survived and are still around and look to each other for inspiration and guidance," he says. "When one band has been down, the other can give a hand and there's a few bands like that we've known forever, Blue Rodeo is another one. It's a great thing."