Torquil Campbell on his journey with music, acting and fatherhood | TRNTO.com
Skip to content 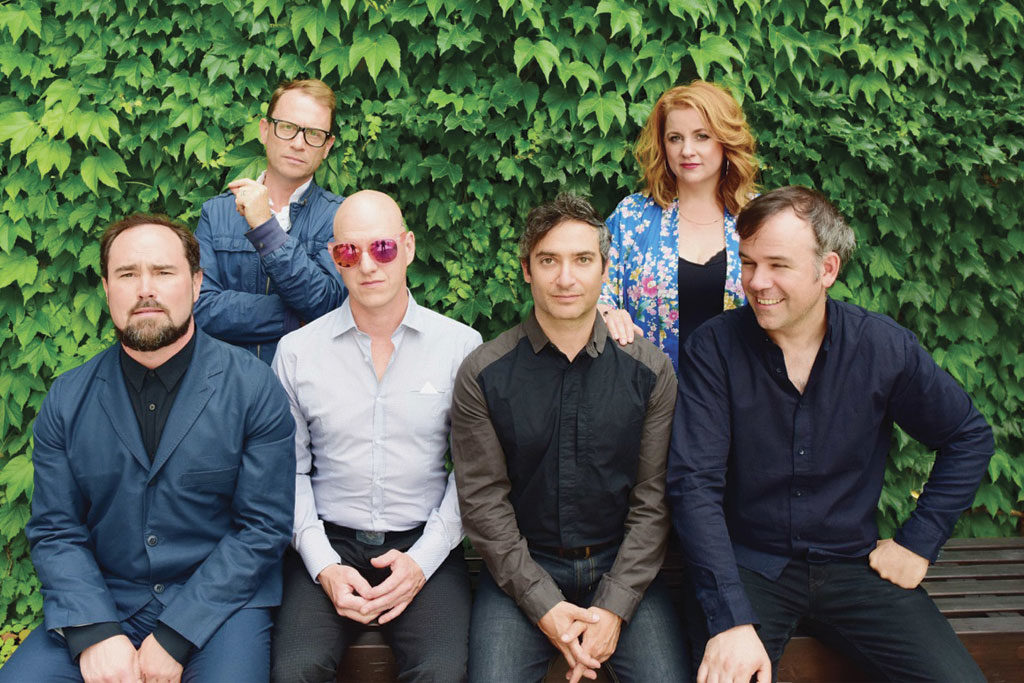 Canadian pop band co-frontperson Torquil Campbell can trace his roots and lifelong friendships with fellow Stars band members all the way back to grade school.

Born in Sheffield, England, Campbell has known Stars buds Chris Seligman and Evan Cranley since coming to live in Toronto when he was in Grade 3. From public school to high school, to today, they’ve been together 37 years. Campbell and Seligman even attended some of the same classes.

“It’s been a long time with those guys,” Campbell says.

Not until middle school did they become serious about music. Seligman wanted to be a classical musician. Campbell focused on acting. His parents were both actors.

Like many teens, high school was not the most positive life experience for Campbell. Attending Oakwood Collegiate Institute, he found a social circle was lacking for him. He didn’t know where to fit in. Looking back, he describes high school as “universally difficult,” although mostly being a teen was difficult. Campbell does feel later that in life people can find acceptance in the world.

Lyrics from the Stars song “Reunion” recall life and being 17 and high school and young love.

A pop music obsession would enter into Campbell’s life in his late teens. He and Seligman and James Shaw (who later created Metric and plays with Broken Social Scene) all moved to New York around age 19.

Campbell and Seligman wrote songs, wanted to form a band and play music. After recruiting Cranley, Amy Millan and Pat McGee, they formed Stars. Their first album, Nightsongs, was released in 2001.

“We had an amazing place when we first moved there [New York]. We had a three-storey apartment in midtown for $1,500 a month,” says Campbell. Expenses later forced them to move to Brooklyn. The band later relocated to Montreal.

Now with six EPs, eight albums (counting an October 2017 release) and countless hours on the road, Stars is still together. At the core of the band’s songwriting is love.

“People write songs about love because love is one the of the main motivators of human existence. Songs are an amazing way of talking about the details of music,” says Campbell.

The latest album from Stars, There Is No Love in Fluorescent Light, was released Oct. 13. Campbell describes the title as being about the person you are coming home from work as the real you.

Along with his love of music, Campbell has always been drawn to acting. In theatre class he once received an F. A teacher had told him to turn it down a notch or two. An irony, as he later appeared in Law & Order, Law & Order: SVU, Sex and the City and on stage as King Henry in Henry V.

Campbell is now preparing to return to the theatre in True Crime in early 2018.

The play already had a successful run early in 2017 and is the true story of Christian Gerhartsreiter, a.k.a. Clark Rockefeller. Campbell, who co-wrote the production, stars in the one-man show at Crow’s Theatre.

“She’s a big fan of theatre and musicals in particular,” Campbell says. He adds, “She gets to see a lot of art. She’s a very lucky kid that way.”