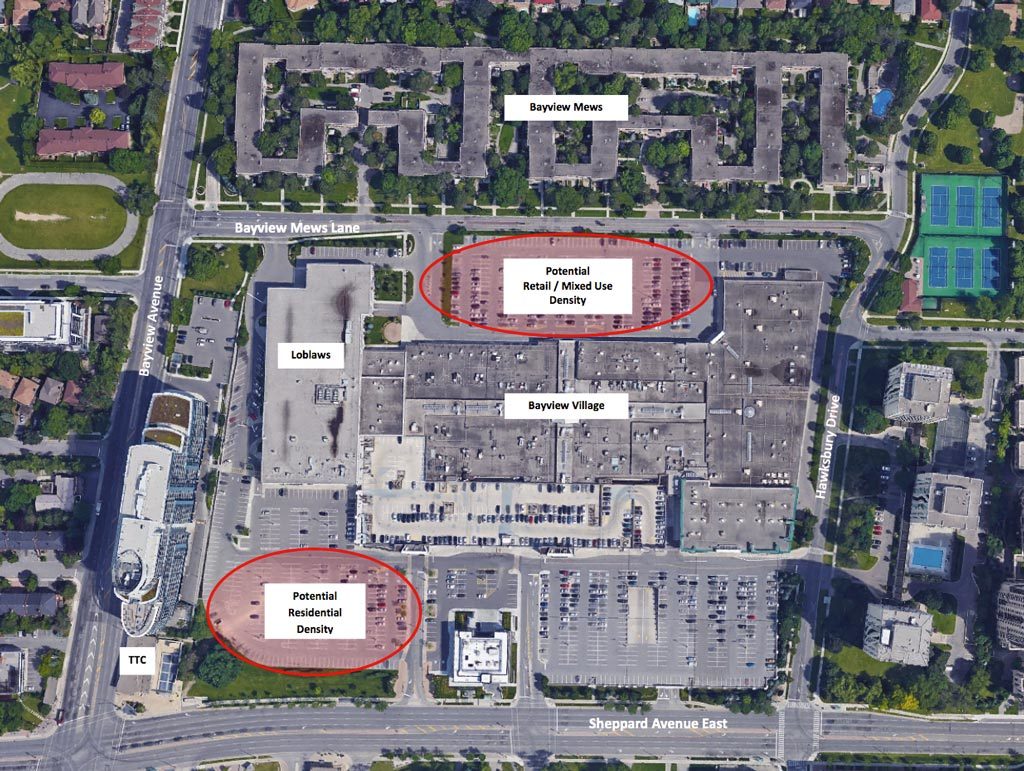 Two or three towers could be coming to the Bayview Village Shopping Centre property.

Bentall Kennedy, a real estate investment company that leases and manages Bayview Village, held a consultation meeting with the local community on June 14 to gain feedback on a redevelopment plan for the property.

The lot would be replaced with two or three levels of underground parking.

There are no plans to change the shopping centre, and the Bayview Mews rental property to the north will not be affected.

“It’s a very positive step,” said David Magil, chair of the Bayview Village Association’s municipal and government relations committee. “They’re reaching out … a lot earlier than most developers do consultations.”

The primary challenge facing the proposed development is traffic.

Bentall Kennedy is working with a traffic consultant to reach an agreeable solution with the community.

Magil said there was mostly constructive criticism at the consultation meeting but acknowledged there are some issues.

“People are concerned that this is sort of the thin [edge of the] wedge of bigger things to come, which will have a significant impact on the community,” he said.

“Until they have something firmer, those concerns are going to remain,” he added.

Hariri Pontarini Architects and Dialog Architects have been selected to design the buildings, along with landscaping and streetscaping from Janet Rosenberg & Studio.

A formal proposal has not yet been submitted to the City of Toronto.