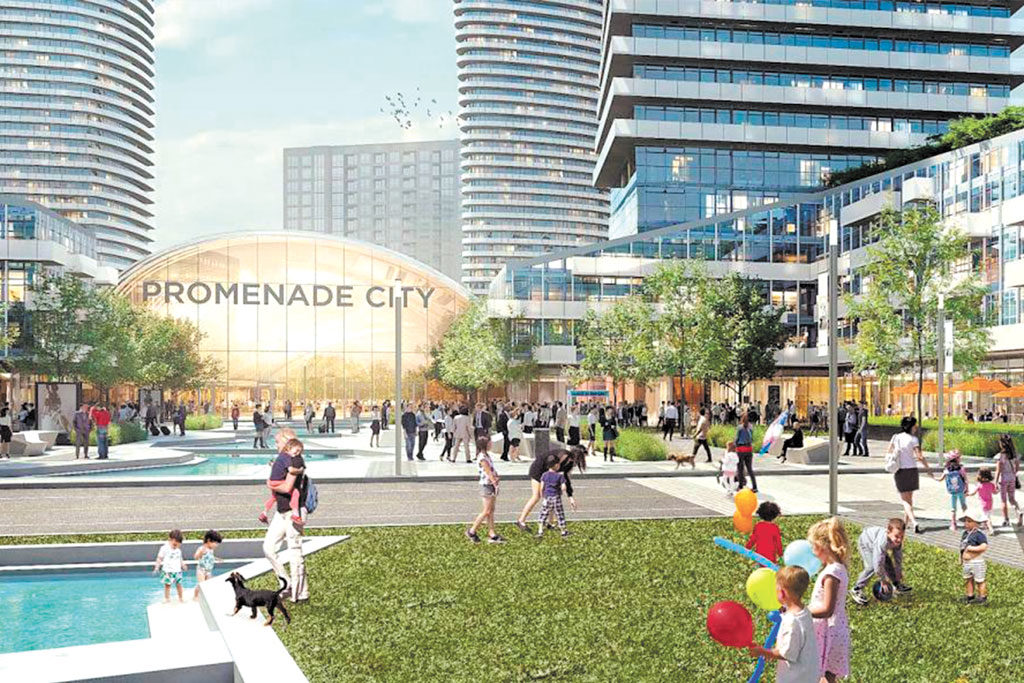 Since the Promenade mall was purchased in May 2017 by the Serruya family, the owners have kept mum about their plans for the Thornhill shopping centre.

Finally in August, in partnership with Liberty Development Corporation, which owns the surrounding land, the Serruya brothers have submitted their plans to expand the property to include three new residential apartment towers, with heights starting at 28 storeys and going up to 35. There will also be a fourth tower, standing at 28 storeys that will be used as office space and hotel rooms.

“My experience with the owners of the property is that they have taken a visionary approach to the project,” said Ward 5 councillor Alan Shefman. “At a time when many mid-level malls are closing, these people are taking a huge chance and spending a lot of money to turn the mall around by applying a variety of different approaches.”

The proposed revitalization would see a total of 1,066 residential units of varying size added.

“At a time when many mid-level malls are closing, these people are taking a huge chance.”

“In my discussions with [the developers], they are really quite concerned and quite focused on making their commercial facility more of a community facility,” said Shefman.

However, traffic has become a concern within the community.

“We all want to see the Promenade mall succeed, and of course development will be required, but it has to fit the community,” said Josh Martow, president of the Beverley Glen Ratepayers Association. “Traffic has been a mess in Thornhill for a long time, and the construction of the Viva Rapidway has exacerbated the issues significantly.”

Although Shefman recognizes the strain on traffic, he believes that the rapidway, upon completion in 2019, will take a lot of the pressure off the main arterial roads, including bordering Bathurst Street.

“The bus rapid transit system, which will connect you to a subway in literally 10 minutes,” he said. “That is clearly going to take some of the pressure off.”

Neither the Serruya family nor Liberty Development responded to multiple requests for comment.