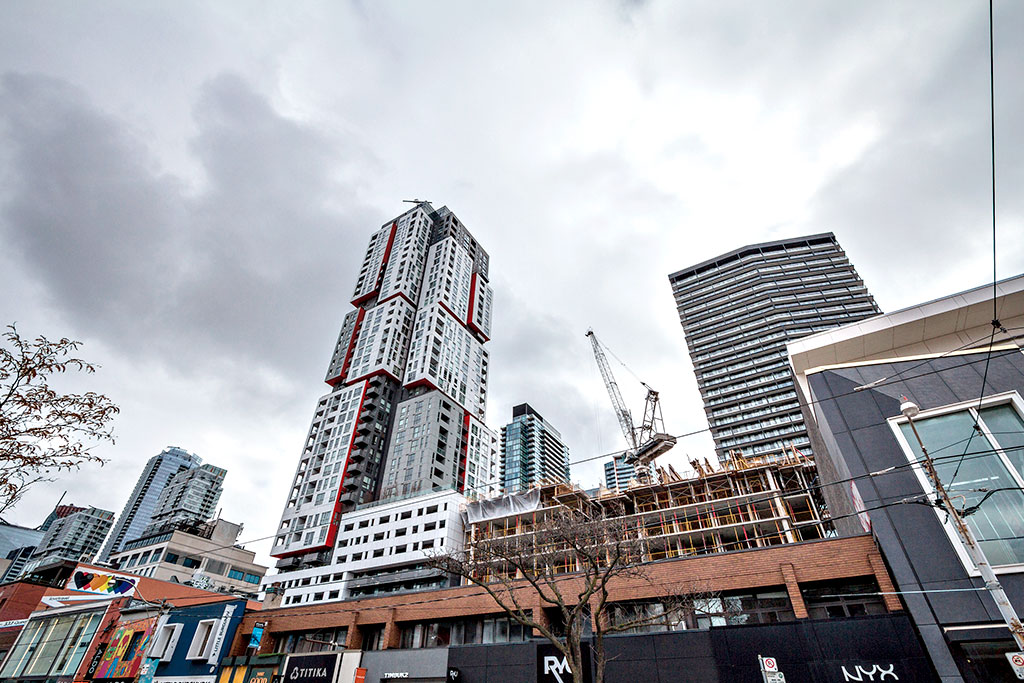 Reducing height restrictions around public transportation, like we have at Yonge and Eglinton and are starting to see at Yonge and St. Clair is a good first step. The city has increased its tolerance for height but not to the extent they should. I don’t believe the city supports density, so while they say there’s an affordability problem in Toronto, they are also saying, “Let’s slow down and even stop development.” I think they are sabotaging their own ideal of affordable housing.

In Toronto, the councillors working downtown are, in my opinion, anti-development.

They’ll say they’re not, but they won’t let our buildings reach their proper density. For instance, we just had an approval come in on a building on King Street East, and we asked for 32 storeys and the Ontario Municipal Board (OMB) granted us 32 storeys. The city was looking for 14.

We fought for two and a half years, and if the OMB wasn’t around, there’d be 100 units instead of 230. It’s the nature of any economy that those units would have had to cost more money, but since we can grow taller, the units are 10 per cent cheaper.

But they’re always fighting developers on housing. Councillors worrying about reelection cost the city thousands of units by creating policies that are anti-development.

City planners should ask developers for money to build purpose-built assisted housing that’s government run. Don’t make industry build the housing, extract the levies from us and use it to build the housing we know we need.

That’s why the OMB is important. It doesn’t only listen to the neighbours.

What happens is these Not In My Backyard (NIMBY) groups get together to fight development, and it’s irrational. We should be looking — together — at what’s needed in the city. How many housing units do we need?

We don’t want to have a crisis like in these American cities where they’re not building. They sold 5,000 units in all of New York last year, and that’s not Manhattan. That’s all of New York. In Toronto, we sold 20,000 units, so their problem is more acute than ours, and we’re not $4,000 per square foot like they are. We’re at $1,200. But how do we prevent reaching those numbers? Because we will reach them if we continue our current housing policy.

Last point I’ll make until the [Feb. 28 Rotman Post City Real Estate] roundtable: Here’s the thing about building, once you build a condo, it’s there for life. So if you make a mistake, like I did in 2005 with a building called Glass, when the councillor said I could only build 16 storeys, I was naive and didn’t fight. A year later, they approved 40 storeys right next door. My building should have been 35 floors — 400 units instead of 160, and that’s 240 more people with homes. But it’s gone.