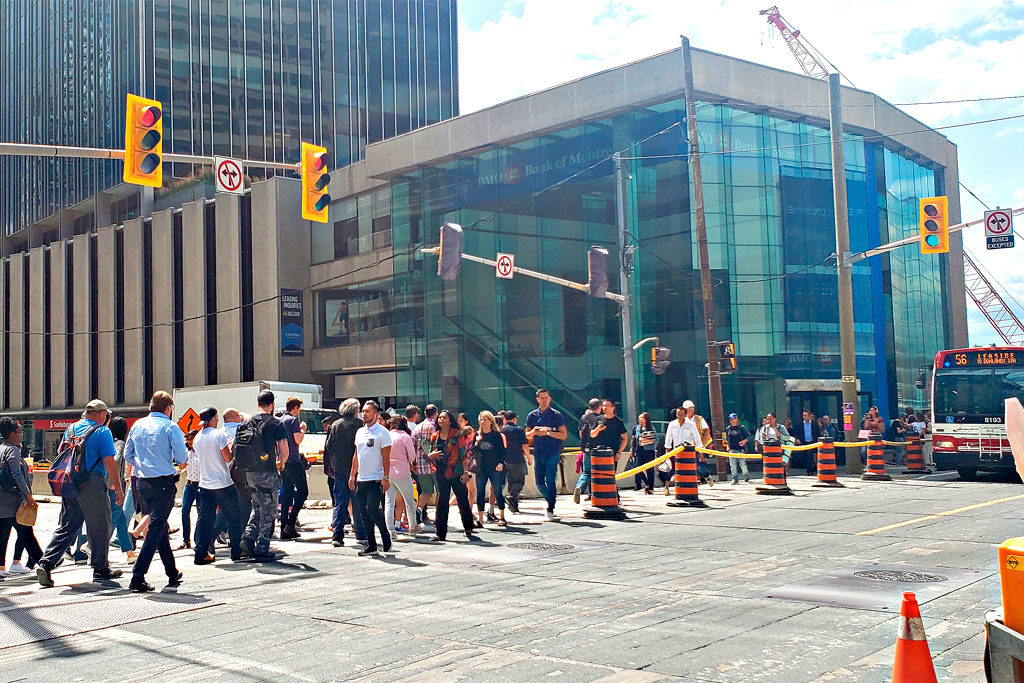 On Sept. 10, a 54-year-old woman was struck and killed by a cement truck while attempting to cross Erskine Avenue near Yonge Street and Eglinton Avenue, an area awash in construction due to condo development and the building of the Eglinton Crosstown LRT.

“We’re ground zero for condo construction. We’ve probably got more construction going on there than the rest of Canada combined,” said Colle. “Cement trucks, dump trucks, front-end loaders, we got everything around the clock.”

Colle recommended requesting the province institute safe city driving training for all heavy construction truck drivers, and implementing full-time crossing guards or paid duty police officers for pedestrians at all major construction projects in the area, paid for by the developers. In addition, he said he wanted to see full-time crossing guards or paid duty officers at all intersections on Yonge from Castlefield Avenue to the Kay Gardner Beltline Trail, also paid for by developers.

The request comes after North York Community Council passed a motion introduced by Colle in May requesting that Metrolinx, the provincial agency in charge of crosstown construction, pay for crossing guards at the corner of Yonge and Eglinton, where construction has been ongoing.

Colle is also calling for the Toronto Police Service and parking enforcement to undertake an immediate traffic and parking blitz in the area. He said enforcement is insufficient given the volume of trucks, traffic, and pedestrians.

“I want the police blitz to start yesterday,” said Colle.

Andy Gort of the South Eglinton Ratepayers’ & Residents’ Association agreed that construction-related safety is an issue, especially during rush hour as well as the time students from two nearby high schools and three elementary schools are dismissed, around 3 p.m.

He also said that traffic issues are not confined to Yonge, since Crosstown LRT construction has funnelled frustrated motorists into neighbourhood roads.

Gort said Colle’s ideas regarding crossing personnel on Yonge have merit but that intersections on Eglinton between Avenue Road and Bayview Avenue, as well as on Redpath Avenue between Soudan Avenue and Keewatin Avenue, should also be considered.

After being adopted by North York Community Council, Colle’s request will now go to Toronto City Council for final approval.