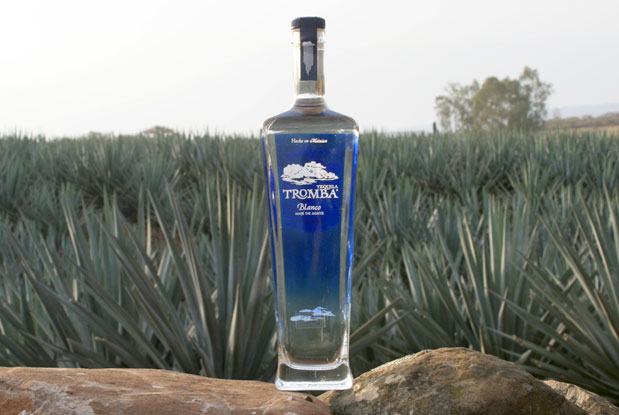 Tromba, the new tequila from young Toronto entrepreneur Eric Brass, is rapidly becoming a favourite among the city’s bartenders. Smooth and fresh, this tequila has been receiving deservedly loud praise and has inspired a slew of tasty concoctions from the creative minds and nimble hands behind bars at places like The Drake and Yours Truly.

Tromba is named after the heavy seasonal rains that sweep the highlands of Mexico’s Jalisco province, rains that literally led Brass to where the blue agave grow.

While on exchange with the Richard Ivey School of Business in 2005, Brass and his roommate-turned-business-partner, Nick Reid, were caught in a Tromba-driven downpour. Unable to continue to their destination through sheets of rain, they were forced to spend the night with a classmate who lived nearby.

As the skies cleared, Brass recalls staring out the window mystified by a sea of strange, prickly plants. He spent the rest of the day touring fields of Blue Weber Agave, the sole agave used in the production of premium tequila, and sampling the golden spirit distilled from the succulent’s sugary heart.

Brass fell hard for a lady named tequila that day, and has been fiercely committed to her ever since.

Returning home to Ontario with a newfound thirst for Mexico’s national spirit, Brass identified a gap in the Canadian market.

“There was really no great quality tequila in the middle that was typical, boutique-produced and affordable,“ he says.

Brass, along with business partners Reid and James Sherry, wasted no time in filling the niche.

The key to Tromba’s quality and authenticity is its master distiller, Marco Cedano, who held the same position at Don Julio for 17 years (the man knows a thing or two hundred about agave alchemy). Cedano’s son, Rodrigo, facilitates bottle sourcing, employs the jimadores (farmers) to tend and harvest the agave plants, and oversees production — making Tromba a true family operation.

This dangerously delicious tequila is currently the only independent tequila available on the general list at the LCBO, a premium product available at terrific value (usually $50 at select locations, you can grab it on sale for $48 until the end of the month). When ordering Tromba, don't neglect to request its signature chaser, Trombito, a snappy blend of mint, cilantro and pineapple that’s available at most bars that carry Tromba.

Tromba Blanco (un-aged) is on LCBO’s shelves, while its rested brethren, Tromba Reposado, will initially only be available by private order. Tromba Anjeo is still in the cask.

Keep an eye peeled for the Tromba cocktail book which should be out this month, featuring creations from 15 talented palates behind the stick at bars including Reposado, Churchill, The County General, Harbord Room, the Fox and TTS.

Tromba is available at a number of fine establishments across the city, including Brassai, Boehmer, Cold Tea, The Drake, Pravda (yes, even a vodka bar carries this tequila), The Thompson, Yours Truly and 416 Snackbar.

Sarah Parniak is a freelance writer, booze nerd and lover of all things delicious. She teaches at the Toronto Institute of Bartending by day and occasionally moonlights as a barfly. You can find her behind the stick at Kensington Market's Cold Tea on weekends, where she cracks a mean tallboy and likes to experiment.