Toronto's share of the new federal funding for cities is roughly the amount it is losing every single week | TRNTO.com
Skip to content 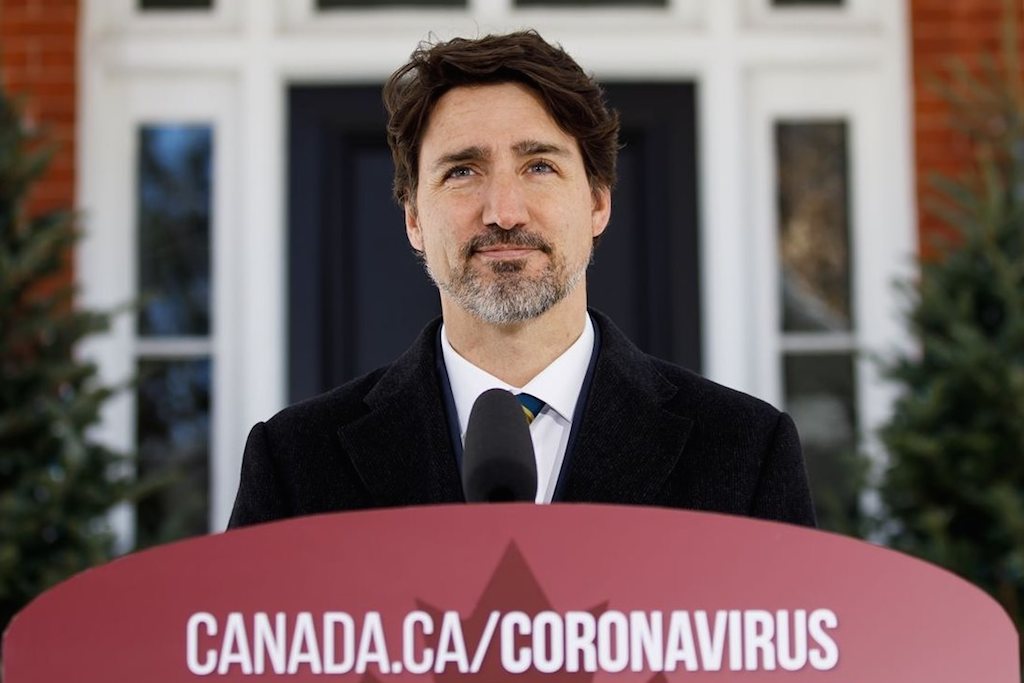 Prime Minister Justin Trudeau announced this morning that he was accelerating an aid package for municipalities across the country. The $2.2 billion in annual federal infrastructure funding will be delivered through the federal Gas Tax Fund in one payment in June—payments are typically made in two instalments, one in the summer and one later in the year.

Communities have the flexibility to use the funding; projects could include access to high-speed broadband, improvements to water and road systems, and the building of cycling and walking paths.

“This is just an initial measure that brings forward money that the cities were going to get six months from now, anyway, but there is a need right now for liquidity, for support as they deal with this COVID crisis,” Trudeau said at a press conference this morning at Rideau Cottage. “We need to do more and we will do more. But doing more needs to happen hand-in-hand with the provinces who have jurisdiction over municipalities.”

Although the $2.2 billion may not be enough for some cities. Last month, Toronto Mayor John Tory said that the lockdown and recovery period could cost the city between $1.5 and $2.76 billion in 2020 and would need to make potential cuts to balance the 2020 budget.

According to The Federation of Canadian Municipalities, Canadian cities are on the front lines of the pandemic, and still face $10-15 billion in non-recoverable losses.

“This modest, preliminary measure may help some municipalities with immediate liquidity issues. But to be clear: this is not new money. This money has already been accounted for in municipal budgets and does not address our crisis of non-recoverable losses—or the stark choices cities and communities now face,” the Federation of Canadian Municipalities said in a statement on Monday in response to Trudeau’s announcement.

“The fact is: there will be no economic recovery without a solution to the municipal financial crisis. We need all governments working together on this—and that needs to happen now. Without emergency funding, cities and communities are out of time and options.”

The key sentence from @FCM_online on Trudeau’s announcement. “this is not new money. This money has already been accounted for in municipal budgets and does not address our crisis of non-recoverable losses—or the stark choices cities and communities now face.” #yegcc #yeg https://t.co/puP4RpN5FG

According to a local media report, Mayor John Tory’s office stated that Toronto’s share of the new funding would be around $166 million, which is equivalent to the amount of money the city is losing as a result of the pandemic every week.

Mayor @JohnTory‘s office says they expect #Toronto‘s share of the accelerated federal gas-tax funding will be “just over$166 million” – about the amount the #COVID19 pandemic is costing city finances every single week.

In Toronto, there is a great concern over the losses being stacked up by the Toronto Transit Commission. Carlos Santos, President of Amalgamated Transit Union (ATU) Local 113, released a statement urging the federal and provincial governments to provide emergency funding to keep the cash strapped TTC moving while addressing physical distancing needs.

“Prime Minister Justin Trudeau’s announcement that the federal government will accelerate gas tax revenue payments to municipalities is a step in the right direction but is not nearly enough to meet the dire financial needs of the City of Toronto and the TTC. The TTC has predicted that it will lose nearly $300 million by Labour Day if it does not receive funding from senior levels of government,” he said.

He explained that, in his opinion, the only way to restore public transit service for essential workers is for the federal government and provincial governments to step up and provide emergency financial relief.