Two top Toronto restaurants are teaming up for a takeout collab | TRNTO.com
Skip to content 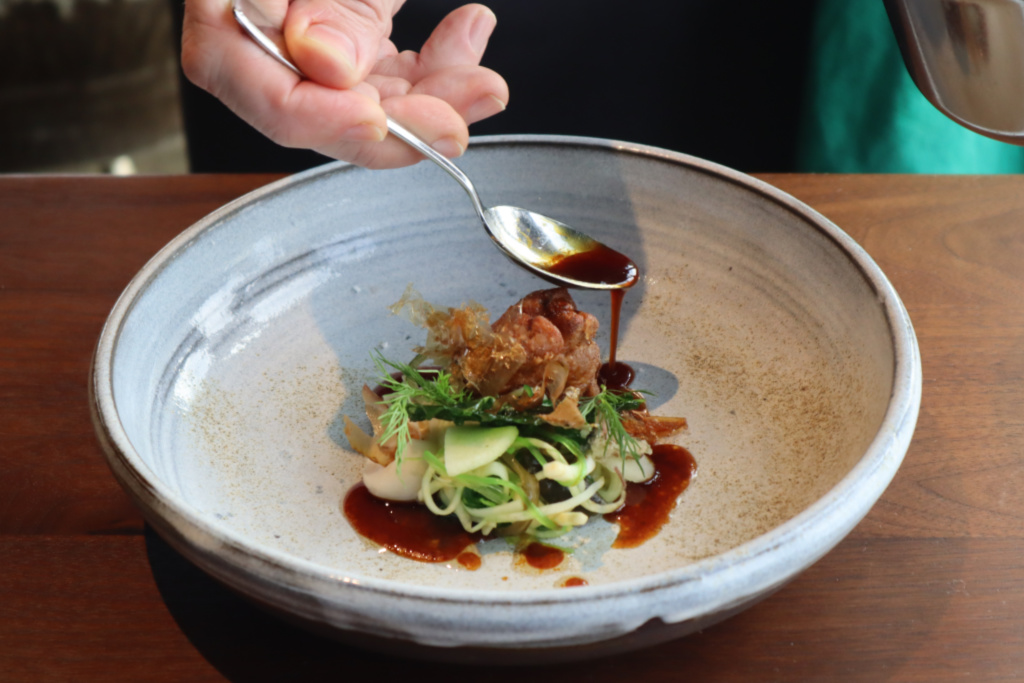 O&B’s landmark North Toronto restaurant Auberge du Pommier is teaming up with sister restaurant Canoe for a collaborative menu series that kicks off this weekend.

Dishes on the collab’s first menu, which debuts on June 13, will include McKinlay’s bison tartare with charred sourdough and Schulte’s lobster ravioli. Pre-orders must be picked up between 5-8 p.m. from Auberge du Pommier tomorrow.

In future weeks, the collab will run on both Friday and Saturday nights and diners can expect a new line-up of dishes every weekend.

For now, dishes are available for pick-up as a set, multi-course menu; however, next weekend, Auberge avec Canoe will also launch a la carte dishes, which will be available for delivery via Uber Eats.

Horne says his team worked to source biodegradable containers, so they could minimize the waste created by offering takeout. “It can all go in your organic bin and will disintegrate in 90 days,” he says. The containers are also oven-safe, allowing diners working their way through the tasting menu to keep each course warm until they’re ready to eat.

The Auberge avec Canoe takeout menu is a trial run of the collaboration between the two restaurants, which will continue as dining rooms gradually reopen.

The road to reopening Canoe, which is set on the 54th Floor of the TD Bank Tower, looks particularly challenging, according to Horne.

“Canoe is a difficult one with the elevators and no real street access to do takeout,” he says, adding the restaurant doesn’t have a patio, which means they won’t have the option to provide outdoor dining service.

Auberge du Pommier’s large garden terrace, however, will be able to begin operating again when Toronto restaurants move into stage two of reopening.

“We’re going to continue the collaboration until we get more clarity on Canoe,” says Horne. “Why wouldn’t we put two iconic restaurants together at one location and get these guys back to work?” he adds.

“That’s the number one thing is getting as many people back to work as we can.”