The most unique hikes in the Toronto area for earth-loving families | TRNTO.com
Skip to content 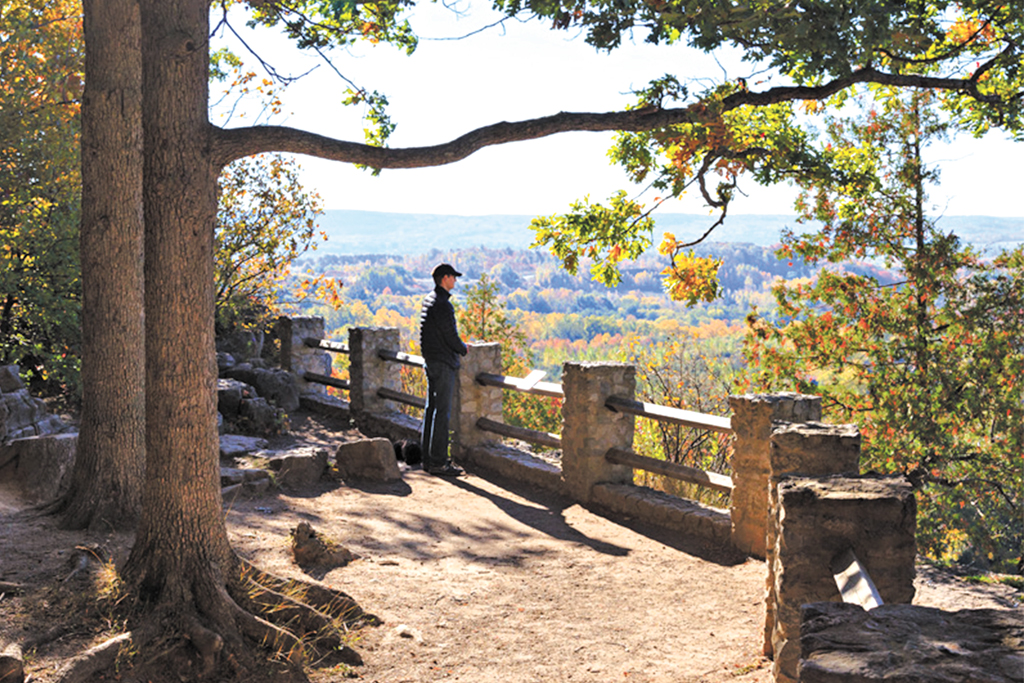 This month we celebrate Earth Day. What better time to take a day trip and explore the unique and amazing natural areas close to Toronto and a few right in the city.

Although Evergreen Brick Works is best known these days for its Saturday morning farmers market and community vibe, it’s also home to some very unique geological features. The north wall of the site at the very back, past the ponds, is a provincial treasure. This wall of exposed earth tells the history of the area going back an astounding 450,000 years to the age of the Georgian Bay Formation. And each section of soil tells of a subsequent era. It’s all topped by a sandy beach layer dating back 12,000 years to Lake Iroquois, one of the defining geological features of the city. Interested in teaching your kids about natural history and geology? Nothing’s better than pointing out some 450,000-year-old dirt. They’ll love it.

Yes, the Scarborough Bluffs are best known for the beaches and boarding, but the unique  towering bluffs are hard to miss, with some rising a staggering 90 metres, or 25 storeys. The natural features and surrounding open space are a wonder to explore, with plenty of birds and other wildlife such as deer and coyotes wandering about. There are some sections of the bluffs, such as at the bottom and just west of the Doris McCarthy Trail, that are so secluded and wild that with just the right weather it feels like one is far from Toronto. The top of the bluffs is the mark of the old Lake Iroquois shoreline that dates back to the last ice age. Tell that to your kids, and it will blow their minds.

There is no natural area in the Greater Toronto Area quite as unique as Tommy Thompson Park and the Leslie Street Spit, which shoots out five kilometres into Lake Ontario from the base at the end of Leslie Street in the city’s east end. The spit itself is mostly made of landfill, construction debris accumulated over the past 50 years. But Toronto and Conservation Authority has worked tirelessly to transform the area into a special part of the city, complete with pretty wooded areas, ponds and trails. It’s best known as a spot for birding and butterflies during monarch season and is home to a massive colony of cormorants. Although there is a pungent aroma, checking out the hundreds of cormorants perched and squawking in the trees stripped bare of foliage is something to behold.

It’s hard to find an area in southern Ontario as unique as the Cheltenham Badlands with its exposed red shale and rolling hills. This Government of Ontario Earth Sciences Area of Natural and Scientific Interest (ANSI) has a bit of a Jurassic Park vibe that kids will love while on a 16-kilometre nature walk through the park.

There are dozens of great spots for caving in southern Ontario, including Eramosa Karst near Hamilton, which has many underground caves to explore. Karsts are geological formations created by dissolving rock, which produces most of the caves in the area. At this park, run by the Hamilton Conservation Authority, there are many sinking streams, overflow sinks and other rock oddities to check out, as well as an epic 335-metre-long cave. There is also a natural limestone bridge to a sinkhole. Great place to explore for an afternoon with the family. 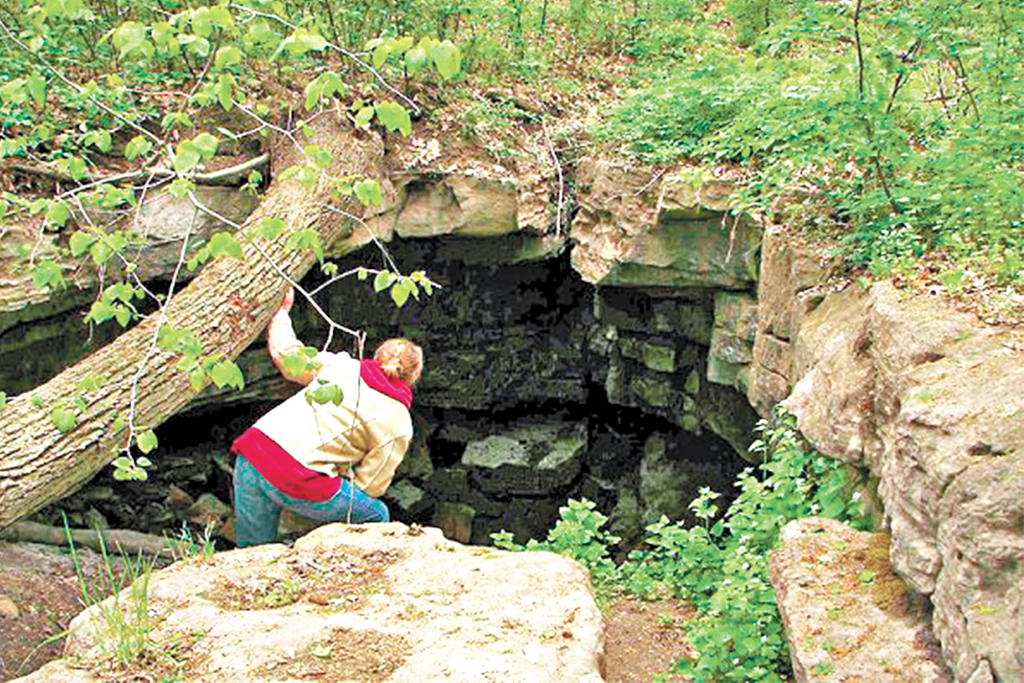 The Niagara Escarpment is a UNESCO World Biosphere Reserve, and there are a slew of parks, waterfalls and green spaces to explore. One of the best spots for families is Rattlesnake Point where visitors can experience the Buffalo Crag Lookout Point and take in the incredible views from one of the escarpment’s highest points. There are some great trails, including one 4 to 5 hour round trip hike from Rattlesnake Point to nearby Crawford Lake. Unknown to some visitors, Rattlesnake Point is home to incredible ancient cedars clinging to and above the massive rock wall that are more than 800 years old.

Lake Erie is not like Lake Ontario: it’s warmer, it’s shallower, and the north shore from Port Dover to Long Point is gorgeous and a burgeoning foodie paradise complete with new wineries, craft breweries, fruit stands and farm-to-table agriculture. Long Point is a sand spit about 40 kilometres long and one kilometre at its widest point that extends into and along Lake Erie. The massive sand dune is the largest erosion deposit formation in the Great Lakes. The area is wonderful for recreational activities, environmental significance and, of course, local food tourism. It is an incredible birding area, especially when some 30,000 tundra swans swing by each spring on their migratory journeys. Much to explore here with the family and some great camping opportunities.