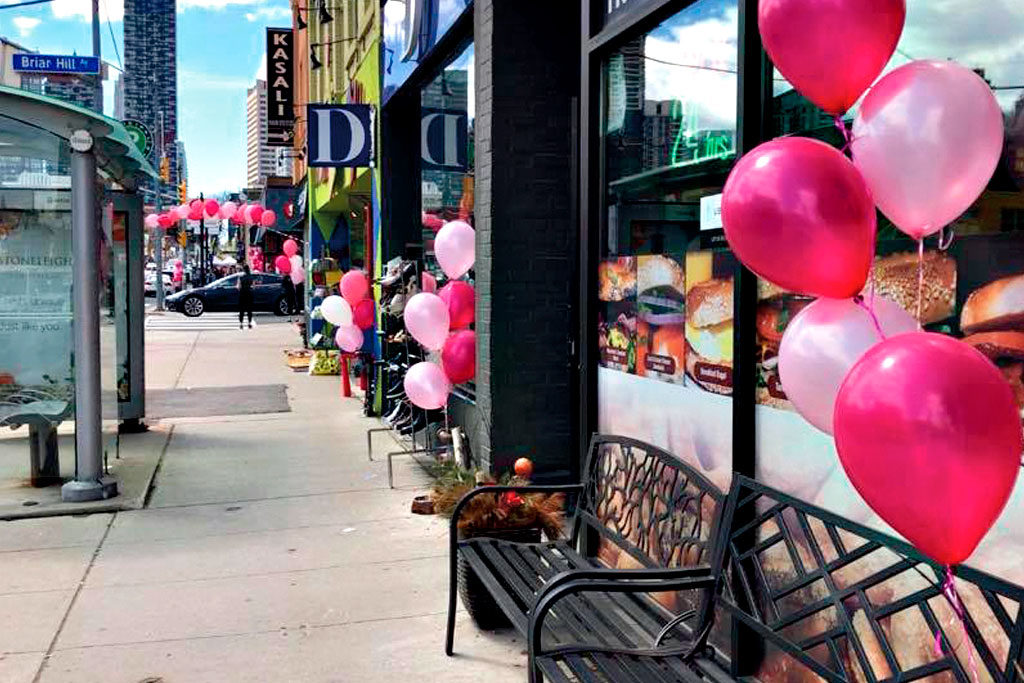 There are 83 BIAs across the city that help local main street businesses survive by sharing costs on everything from banners to benches. Recently, a surprise hubbub at one BIA has thrown a wrench in the main street work that necessitated direct involvement from local councillors to try to rectify the situation.

The Uptown Yonge BIA had a recent management change that replaced half the board with new members that had little knowledge of BIA operations, its mandate for that stretch of Yonge.

Needless to say, it was a surprise to many when the first order of business was to stop any further spending.

For months, the board didn’t meet and there has been nothing happening at the BIA, even though the levies continue to be collected.

Usually, there are events planned throughout the year, but currently the events and updates page on the website has no content, and the fall festival has been cancelled.

Although city councillors are invited to attend meetings, most only go to address parking and tax concerns.

The situation with the Uptown Yonge BIA necessitated the involvement of the local councillors to ensure the association was meeting its city mandate.

In the era of online shopping, retailers are hard-pressed to get the foot traffic through the door that they once took for granted, especially main street retailers. The city created Business Improvement Associations, known as BIAs, to help promote local business.

The 83 BIAs across the city represent over 40,000 businesses — and is the largest number of BIAs in any urban centre in the world.

While BIAs benefit the local neighbourhoods and create a destination on behalf of the retailers, they can sometimes be  considered controversial because businesses within the BIA are subject to an additional levy above and beyond their property taxes.

The levy is based on the value of the property, not the annual sales, and can be quite onerous.

The BIAs are managed by a board of directors comprising representatives from the local businesses. Most of the time, the meetings and the AGMs are sleepy affairs that involve approving decorative banners, dates of sidewalk sales and approval of planter budgets, but there are times of controversy, especially when trying to decide how money should be spent.

For example, one of the most controversial BIA expenditures in city history occurred when former city councillor Giorgio Mammoliti convinced the Emery Village BIA to implement a one-time levy to fund a 125-metre, $3.5 million flagpole. Intended to fly a Canadian flag roughly the size of a football field, the flagpole still has not been built, despite the levy reportedly being collected. In midtown, there are several established BIAs, and these BIAs invest hundreds of thousands of dollars each year in creating a welcoming streetscape and vibrant destination for shoppers.

There used to be a BIA on Avenue Road but it dissolved. There was a great deal of conflict amongst board members and, the final straw was the selection of sidewalk trees.

Once the trees matured, some store signs were blocked and the store owners whose signs were obscured cried foul, which led to a movement that put an end to the association.

Hopefully, the Uptown Yonge does not follow in the footsteps of other failed BIAs.

The stretch of Yonge is a destination and wonderful shopping area that benefits the local residents as much as the retailers.