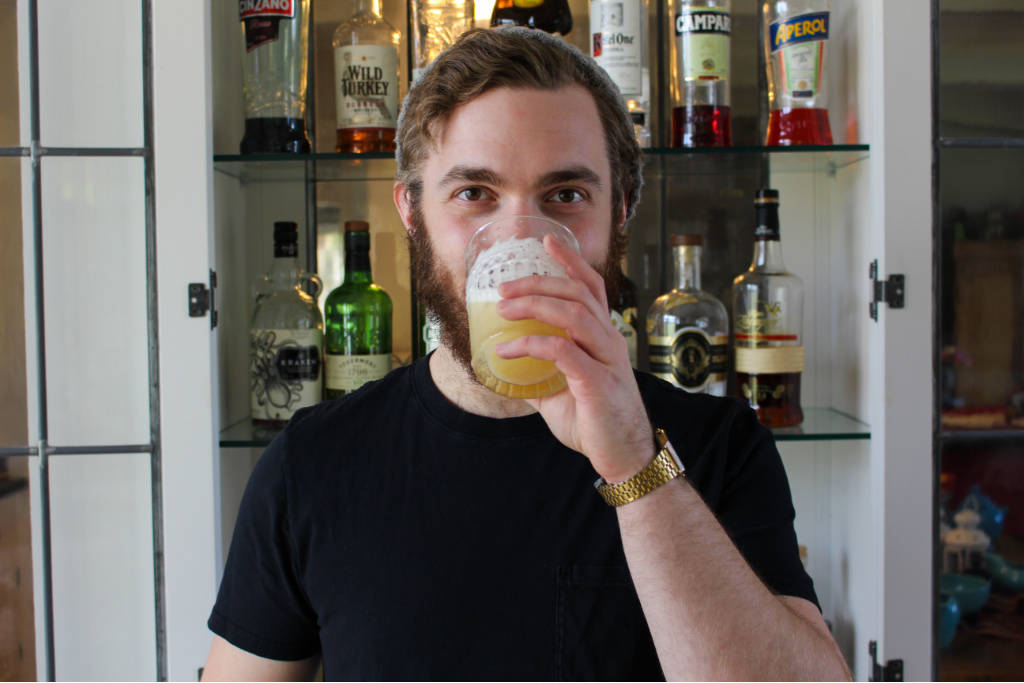 Like many restaurant workers, Harry Hanson, head bartender at Gusto 501, found himself out of a job when the pandemic hit last March.

After living in the U.K. for several years, Hanson moved back to Toronto and took on the role of head bartender at Gusto 501, restaurateur Janet Zuccarini’s Italian eatery in Corktown. The restaurant had been open for barely six weeks when COVID forced dining rooms to shutter.

“I sat on the couch for two weeks like everybody else did,” says Hanson. “At the end of that second week, one of my best friends called me up and he basically said ‘My girlfriend’s birthday is in three hours, can you throw together a cocktail class?’ ”

Hanson was no stranger to putting on cocktail classes, having hosted them regularly when he was living in East London, but this was his first venture into virtual mixology lessons.

“I didn’t actually have any of my stuff with me, so I literally taught that first class with a pink Nalgene as a shaker,” he says.

The success of the first class proved to Hanson that virtual cocktail classes could be a viable business model. Over the past year, Virtual Cocktail Class has hosted more than 800 classes and Hanson has hired two other out-of-work bartenders to help with running sessions. Zuccarini is even joining an upcoming class via Instagram Live on March 21 to help celebrate the program’s one-year anniversary.

Hanson says that the classes are popular with groups looking for remote birthday or bachelorette party activities and as team-building events for businesses. In each 45-minute class, participants are walked through the process of making two different cocktails via Zoom.

Virtual Cocktail Class sends out an ingredient list prior to the event, and participants are encouraged to work with whatever is on hand in their kitchens at home.

“If you don’t have a shaker, you can use a mason jar or a water bottle or a travel mug — anything that holds 250 ml of liquid plus ice that has a lid is going to be totally ok for making a delicious cocktail,” says Hanson.

Hanson says that his goal is to show people that making a great cocktail at home isn’t as challenging as they might think.

“What we try to do at Virtual Cocktail Class is break down those barriers and show everybody that ‘If I can do this you can do this,’ ” he says.