What can Toronto learn about marijuana legalization from other cities? | TRNTO.com
Skip to content 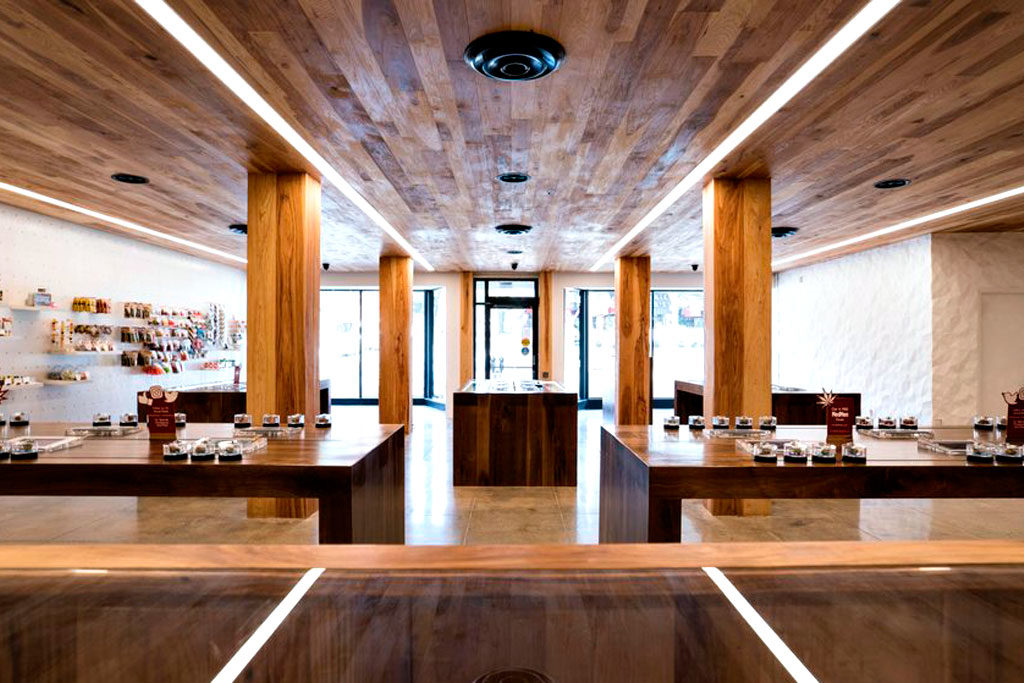 Canada is going to be the first G7 country to legalize cannabis, but we’re part of a global phenomenon. On Oct. 17, Toronto will have legalized weed available online only. In April, the dispensary model begins, although it is hard to tell if that means licences will go to places such as Shoppers Drug Mart or if independent businesses will be able to get creative.

By looking into what other cities are doing, we catch a glimpse of what could happen in Toronto.

DENVER
On Jan. 1, 2014, Denver became the first American city to legalize cannabis. Since then, it has seen tourism, liquor and restaurant sales increase with little to no impact on crime rates.

In the Colorado capital, there are 518 privately owned dispensaries, where users present an over-21 ID to buy weed.

There are high-end independent and chain retail shops such as California-based Medmen, which rival Apple with their gleaming storefronts. 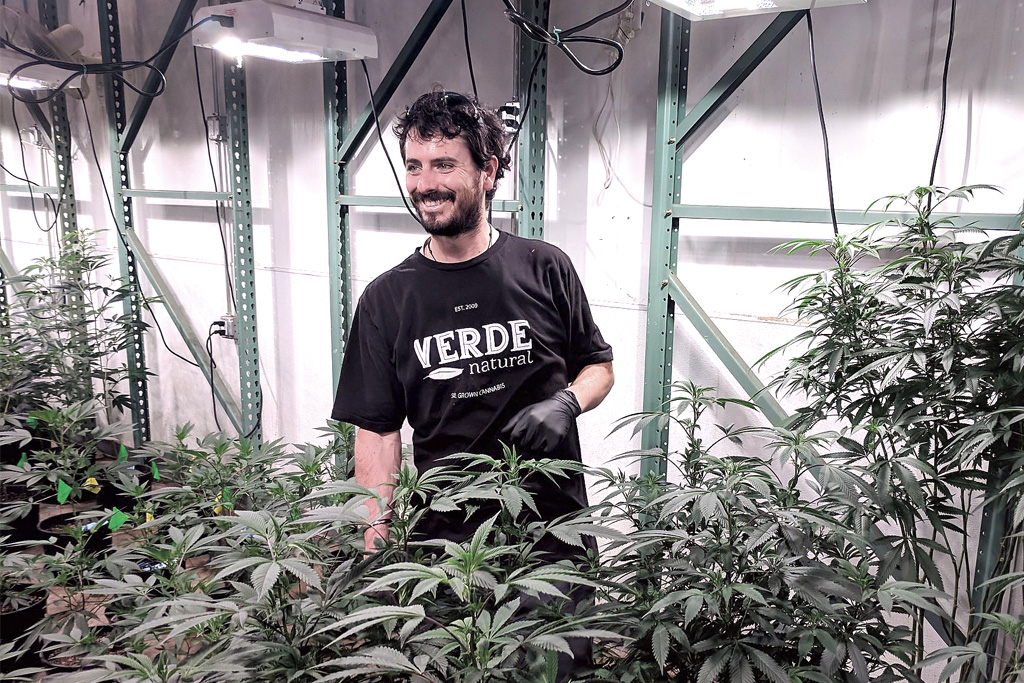 The company was founded in 2010 by Andrew Modlin and Adam Bierman and operates in three states.

Work on cross-border expansion to Canada has been underway since 2015.

Denver’s 2018 Annual Marijuana Report highlights that retail marijuana sales are up 29 per cent, while marijuana-related crime sits at 0.3 per cent of overall crime.

“We took on the daunting challenge of becoming the first major city in America to manage legalized recreational marijuana, and we are having success.”

Earlier this year, Denver issued its first Cannabis Consumption Establishment licence to the Coffee Joint, a coffee shop with a private room for marijuana consumption.

Although no smoking is allowed indoors, patrons are free to vaporize, dab or consume edibles.

AMSTERDAM
It is hard to talk about cannabis consumption in cities without mentioning Amsterdam, the Netherlands, legendary for its “coffee shops.” 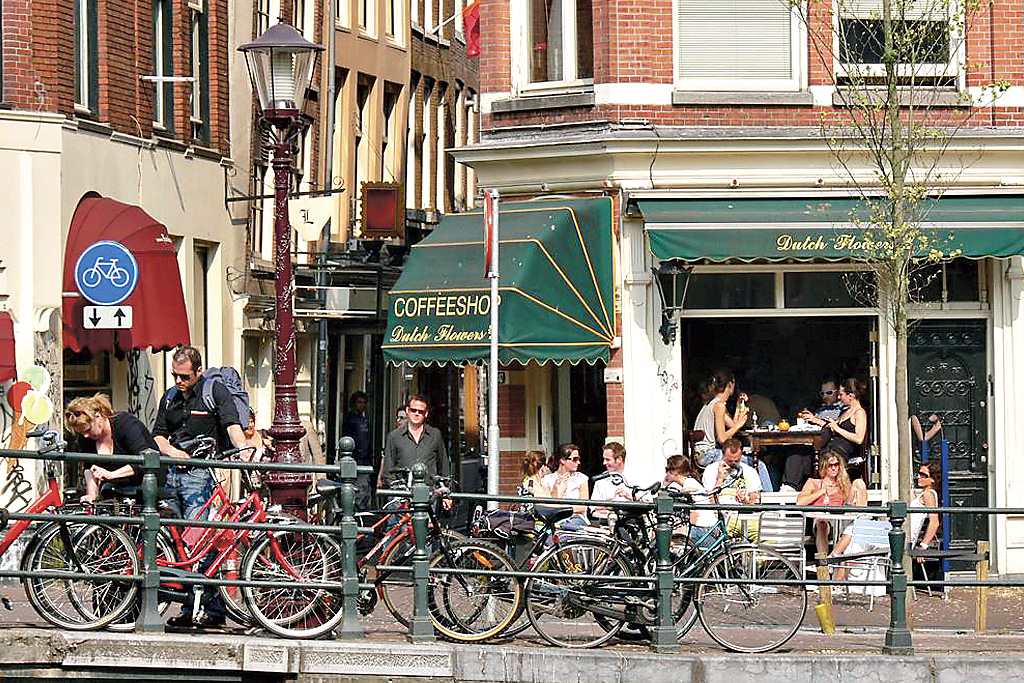 A coffee shop in Amsterdam where people can smoke cannabis

Estimates are that between 25 and 30 per cent of tourists visiting Amsterdam frequent coffee shops to smoke cannabis; however, strictly speaking it is decriminalized, not legal.

There are 173 “coffee shops” in Amsterdam, of the more than 500 in the Netherlands, where it is legal to consume and patrons are usually offered a menu of available joints. But the number of shops is shrinking fast.

Alcohol isn’t sold in the shops.

The most recent analysis from Amsterdam states that cannabis puts 400 million euros into state revenues.

It is a widely held belief that Canada might see similar operations by 2020, but Amsterdam is far from perfect.

“It’s difficult to navigate through Amsterdam’s system, and it is complicated to get the supply,” said Will Stewart, VP of Hiku, the company behind Tokyo Smoke.

“For us, we prefer to open in places on the verge of legalization as opposed to places heavily constrained.”

MONTEVIDEO
On the other side of the legalization spectrum is Montevideo, Uruguay, where the cannabis rollout is seen as a case study in what not to do.

In the city of 1.3 million, there are just 16 pharmacies authorized to sell cannabis and more than 3,000 people designated as “personal growers.”

“Uruguay has not had a very sophisticated rollout, and the pharmacy system, where you’re tracked by the government, is not seen as a model that will be adapted around the world.”

There is not much, since prices are capped at $1.40 per gram, with 90 per cent of that going back to the grower. There are an estimated 147,000 people between the ages of 18 and 65 who consume cannabis, including about a third who use it weekly. But Pharmacies are frequently out of stock, and users must be registered with the government.

“Uruguay has not had a very sophisticated rollout, and the pharmacy system, where you’re tracked by the government, is not seen as a model that will be adapted around the world — Canada’s model will do more,” said Lake.

VANCOUVER
Although nowhere near the numbers of Denver, or throughout California, Vancouver is seen as the unofficial headquarters of Canada’s cannabis revolution.

This British Columbia city may have the most sophisticated cannabis system in the country, which developed independently of the federal legalization timeline.

The city currently has 46 dispensaries with city-issued permits. After Oct. 17, Vancouver, and all of British Columbia, will operate the way Ontario is headed with a mix of public and private dispensaries.

“The cannabis culture in Vancouver is very advanced,” said Lake. “The current illegal dispensaries have been tolerated (and many licensed by the city), and many are on par in terms of sophistication as any you will find. Some of these will apply for legal licences and will likely set the standard for others.”

Will Toronto end up with a bureaucratic, clunky system such as Uruguay’s, or a more grownup version like they have in Denver, where revenues are sky high with minimal impact on crime?

As long as it’s not buck-a-joint, we should be OK.