What I Wore: an homage to the best of Toronto fashion - TRNTO.com
Skip to content 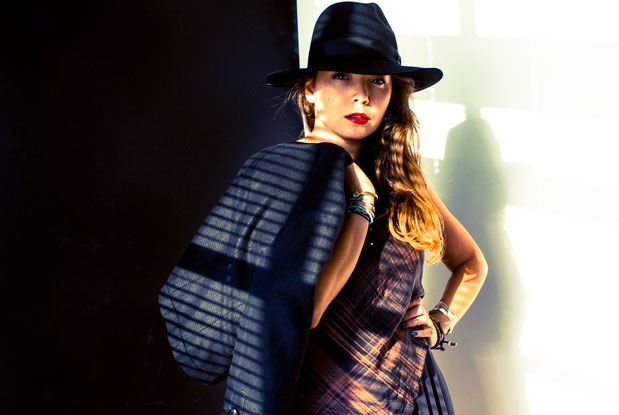 It’s a refreshing feeling to look down at an outfit — one that makes you feel at your most stylish — and realize that every item was bought at home, in Toronto. So often, when I’m asked about items I’m wearing, or when I ask other people, the answer is always: “Oh, I got this in New York!” Or Paris, or London, or Hong Kong… you get the idea.

To me, this outfit is a great representation of the amazing designers and retailers that Toronto, that lil’ ol’ up-and-coming fashion hot spot, has to offer. Now, here’s a newsflash: Toronto is not considered a fashion capital to the rest of the world. Sad, but true, and I know firsthand after having lived in two of the real global fashion capitals over the past few years. Most people just think we’re stuck up here schlepping away in down-filled jackets, reminiscent of sleeping bags, worn overtop granny-knit Christmas sweaters. While this might be true in some parts of the country, it most certainly is not for our metropolitan city. 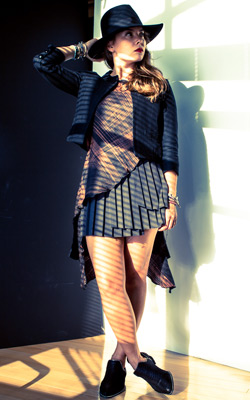 To start from top-to-toe, the hat is by Tiger of Sweden, which is not a Canadian brand, but was found at local e-tailer Shoppalu. The brainchild of two recent McGill graduates, Shoppalu is a labour of love focusing on new and vintage finds.

The jacket is from Joe Fresh, a company that’s gone from your neighborhood Loblaws to taking over Fifth Avenue in New York City.

The bias-cut tartan print top is by Chloé Comme Parris, from a recent studio sale. If there is one label I’m most afraid of losing to the Big Apple in the near future, it’s this one. The Gordon sisters, Chloe and Parris, have changed the design game in Toronto. The craziest part is that they’re hardly into their twenties.

The pleated skirt is by Bodkin from Rac Boutique in Yorkville; a shop known to support some of Canada’s coolest up-and-coming designers. Not only that, but Rac’s recent bazaars have pulled together the best retailers in the city for customers to shop in one spot.

The shoes are the newest addition to my wardrobe, found at Sauvage in the Burroughes Building. This shop started out as an extended pop-up shop over the summer, but it has just announced a move to a permanent location a couple of blocks west of its current Queen West spot. For anyone who has had the opportunity to shop owner Jaya Kahlon’s selection of footwear and accessories thus far, you’ll be ecstatic to know that the new location will carry clothing as well.

This city is chock full of people with incredible taste and talent. So take the time to give them some love, and you’ll get the love back. Meaning, you won’t have to go far to get a look that makes it seem like you did.

Grace Carroll is a Toronto-based freelance writer whose work has appeared in ELLE UK, ELLEcanada.com, Plaid magazine and FILLER magazine. Keep up with her daily blog at www.graciecarroll.com.