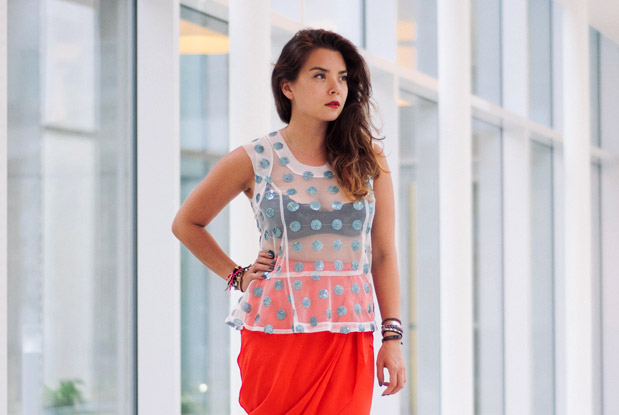 What does one wear to one of the biggest fashion face-off parties of the year? Where it’s not a matter of dress code, but a matter of being stylish enough to make it onto the guest list in the first place?

My first instinct is to head to my collection of designer pieces, which is quite fitting considering I’ve been grouped into “The Brandies” in the second edition of the Toronto Life Stylebook. The party is a celebration to those who made it into the second annual issue. 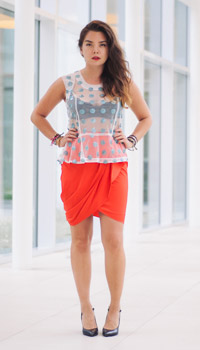 According to Toronto Life, us Brandies are not only “the city’s label queens,” but we tend to have a liking for hair blowouts, polished looks and great tailoring. When I was told to show up to the shoot photo-ready, in one of my signature looks (but with a hint of fall), I showed up with a fresh blowout in my best sleek, tailored and designer pieces. Keep in mind I had no idea I was a “Brandy” until I picked up the finished issue in print. Even further proof that these people know me better than I know myself? Eyelash extensions are part of the “get the look” guide to The Brandies. And what appointment did I have the same afternoon I picked up the issue? Oh yes, an appointment to have my eyelashes extended for the first time ever.

Moving on, this is what I will be wearing to toast Toronto’s most stylish, and to celebrate the opening of the Shangri-La Hotel (where the party will be held). Yes, it is an outfit pieced together with designer pieces; however, they were hunted finds from the summer sales.

The fluo-orange wrapped, ruched and draped skirt is by 3.1 Phillip Lim and was 70 per cent off at TNT in Hazelton Lanes. The sequin polka dot mesh top with a mini side peplum is by Marc Jacobs — a total gem found at Consign Toronto in Davisville for a snippet of its original price tag. Aside from my new super-elongated lashes, there isn’t much more I need to accessorize; except for my Matthew Williamson for Linda Farrow sunglasses to protect me before sunset (and perhaps the sunrise) and a notebook to jot down my Gossip Girl-esque notes. 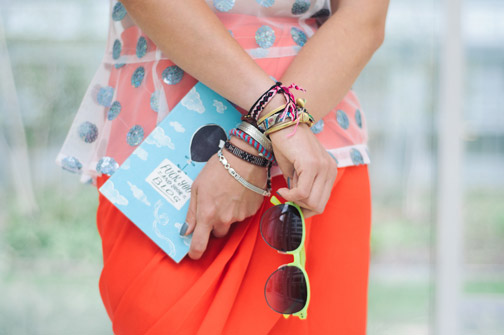 What I Wore: sunglasses by Matthew Williamson for Linda Farrow from Eye Studio, top by Marc Jacobs from Consign Toronto, skirt by 3.1 Phillip Lim from TNT, shoes by Giancarlo Paoli, notebook from The Paper Place.