What I Wore: vintage finds from Penny Arcade and Value Village, plus, the best pair of $8 sunglasses ever - TRNTO.com
Skip to content 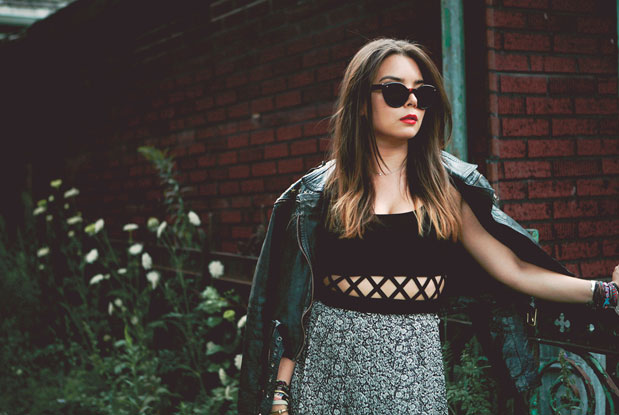 This edition of What I Wore is dedicated, in loving memory, to my sunglasses. We had a good two-year run before they were tragically lost at sea. Well, really, they were lost at lake while I tried to prove to my brother that I am still the underwater gymnast star I was as a child. Note to self: in the future, remove sunglasses before attempting backwards somersaults and handstands beneath the blue surface. Also, you are not as skilled as you once were, sorry.

Despite being the cheapest pair of sunglasses I owned, they were rarely removed from my face. I really can’t think of any other pair of $8 sunglasses that I would purchase in London, replace in New York and repeatedly fix in every city in between each time one of the arms fell off. As you can imagine, that happened often, being from the back of the bus and all. 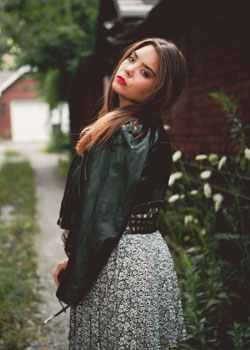 Moving on, the rest of my outfit, thankfully, has not had to suffer the repercussions of any of my other failed attempts at showing off athletically. The entire outfit, in fact, was found over a weekend of shopping and fun spent with one of my NYC-based best friends who came to town for a visit.

The star-studded leather jacket was a gem found at Penny Arcade, one of my favourite vintage stores along the Dundas West strip, after a Caesar pit stop at The Lakeview. The crop top came from the launch party of online shop Nowhereland, right before a break on the Cold Tea patio. The skirt was a treasure found at Value Village in Leslieville, just after a delicious brunch at Lady Marmalade. Would you believe it is a vintage piece from Club Monaco? It’s funny how trends come around — this looks like it could be hanging in their stores this season. I also found chic black Dolce & Gabbana pants at Value Village that same day, but we’ll save that for another What I Wore story.