Where are they now: Zan Tabak, starting center for the Toronto Raptors’ first game in 1995 | TRNTO.com
Skip to content 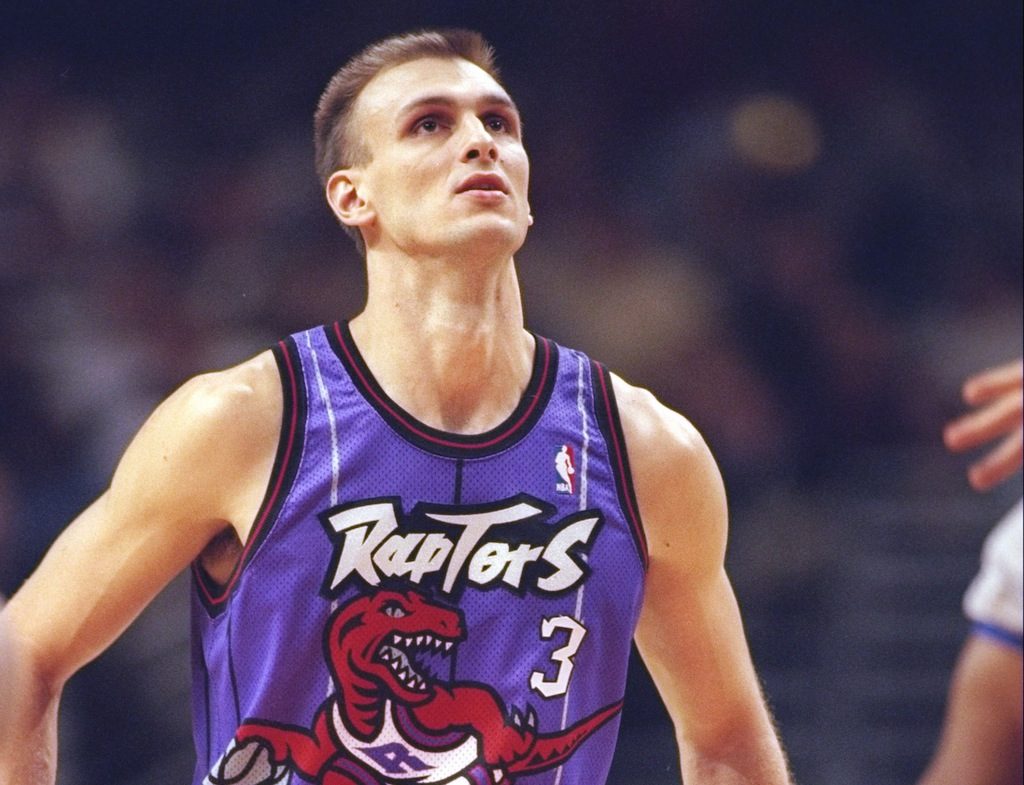 For its 20th anniversary, the Toronto Raptors continue to showcase some of the franchise’s most illustrious players from its storied two decades: Vince Carter has been honoured, Morris "Mo-Pete" Peterson, Alvin "Boogie" Williams amongst others, so we decided to track down someone who might not get the call from the PR department: Zan Tabak.

Tabak was the starting center for the Raptors’ first game. The seven-foot Croatian is currently living in Spain and working as an assistant coach with Real Madrid, a top Euroleague club.

Tabak played on a number of NBA teams, as well as in Europe, but he counts his experiences in Toronto as the best of his playing career.

“The best years I had in my career I had in Toronto, especially that first year,” says Tabak. “Really, I have good memories around Toronto. In my private life, the best time I was having was in Toronto. It felt much closer to a European city, and there was a large Croatian community. I got my first real NBA chance to play, so overall a very positive experience.”

Tabak played during the golden age of that position. Night after night, he matched up against living legends such as Patrick Ewing, Hakeem Olajuwon, David Robinson and Shaquille O’Neal.

“Couple of those guys, were the best players in history at that position,” says Tabak. “Appointing one of them is unjustified, they were all great.”

One particularly illustrious evening the lanky pivot dropped 24 points on the mighty Chicago Bulls, led by a bald-headed fella by the name of Michael Jordan. Yes, they may have lost the game, but Tabak demonstrated how good he could be when healthy. As it turned out, his health would become a long-term issue, his knees in particular.

When Tabak played it was a different game than today. It was far more ground and pound on the inside, guarding very large men who would rather lower the shoulder and knock you out of the way, as opposed to stepping back to hit a jump shot or even a three-point shot like many of today’s so-called ‘big men’ such as Dallas Mavericks game changer Dirk Nowitzki. If Tabak was playing today, with lightweight centers who are more versatile, can shoot and play with their backs to the basket, he would fit right in. The NBA has, for the most part, gone European.

“I think overall I never succeeded in NBA the way I wanted,” says Tabak. “It was a difficult time for the European player. It was not looking the way it is looking right now.”

Tabak was an international scout for the New York Knicks for a couple years before beginning his coaching career.

“I retired when I was 35, and worked for two years as a scout for the Knicks,” says Tabak. “After that, I started my coaching career as an assistant coach, then couple head coaching jobs with top Euroleague teams, last year not working, this year back working for Real Madrid.”

Although he’s happy living and working in sunny Spain, Tabak is hopeful he will return to Toronto.

“I definitely look forward to going back one day, and reliving the memory,” he says. “Like I said, I have really good time and memories with Toronto, it’s a beautiful city to live.”