Where the kids are: on the lookout for new playmates | TRNTO.com
Skip to content 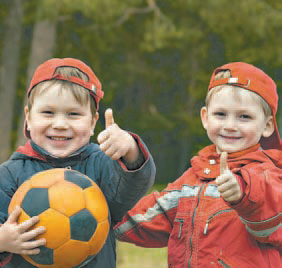 WHEN MY SON was five, he preferred play to work. Educators suggest early childhood development is all about learning through play. They believe a preschooler’s future success is largely dependent on being well socialized. When we were kids, finding friends was easy. The neighborhood streets were filled with kids just hanging out.

Socialization happened naturally. These days our kids live in safe bubbles; they can’t even stand on the front porch without parental patrolling. So this yummy mummy had to go on a playmate prowl for Josh.

The first place I expected to find a friend for my son was at his preschool. However the principal refused to allow a class list to be created, citing privacy concerns for some parents. I was extremely disappointed. With many moms and dads working and drop-off and pickup schedules erratic, catching the parents of my child’s school friends was next to impossible.

Josh had a special girlfriend at this school. With his teacher’s help, I managed to connect with this little girl’s mom and invited her daughter to come play. When she arrived, she was carrying a dozen roses. It was clear her mother was as overjoyed as I was to finally connect with another family outside of school.

My son also attended a French immersion public school. I was thrilled to receive a request for contact information for a class list. I’m sure I was the first mom to sign up. Within a month, a mom of one of the students phoned me to set up a time for our boys to cavort.

The first date her son came to our place. Unfortunately, it ended earlier than expected with our guest in tears, sobbing that he missed his mother. So, we tried again a few weeks later. This time the boys played at his house. When I arrived to pick up Josh, I had to pry him from the arms of his friend who wanted to continue wrestling all night. Social success!

Once I dropped Josh off with his nanny at an indoor play area. When I picked them up, Josh ran to me yelling he had made a new friend. I felt a burst of joy, grabbed a business card and made a 40-yard dash to find the mom of my son’s new pal. I think she was a bit surprised when I ran to her, out of breath, pushing my business card into her hand, saying, “I would LOVE it if we can get our boys together sometime.” Sadly, they were visiting from Barrie but would call if they came into town again.

My son’s social life began to perk up after several pieces fell into place. Two other children his age were attending the same two schools as he was, so I formed a car pool with their moms. This new alliance enabled our kids to bond daily in our minivans and formed a triumvirate of yummy mummies. Within a month, the play dates began. It’s no coincidence that I’m noticing a change in my son. His confidence is growing. He’s showing signs of a sense of humour. He’s even nicer to his little sister! And, most importantly, he’s learning how to be a friend.

Teaching your child to play properly can be hard work, but it’s also very rewarding. One way of connecting your child with like-minded kids is through after-school programs. High-energy boys and girls will love Just Bounce (www.justbounce.ca), the largest trampoline school in Ontario. My son had a blast in semi-private lessons with his car pool buddies.

Coach Jeff, a high level trampoline competitor, was amazing with the kids. With eight trampolines to choose from, they bounced for close to an hour. More impressive was the way Coach Jeff kept the kids howling with laughter as he entertained them with gravity-defying jumps, flips and twists.

And remember, yummy mummies need to play, too! If you’re struggling with a lack of adult stimulation, try inviting other parents to your play dates. While kids romp, moms can talk. It’s like meeting new school friends, once again.