The top 5 up-and-coming neighbourhoods to buy a house in Toronto - TRNTO.com
Skip to content 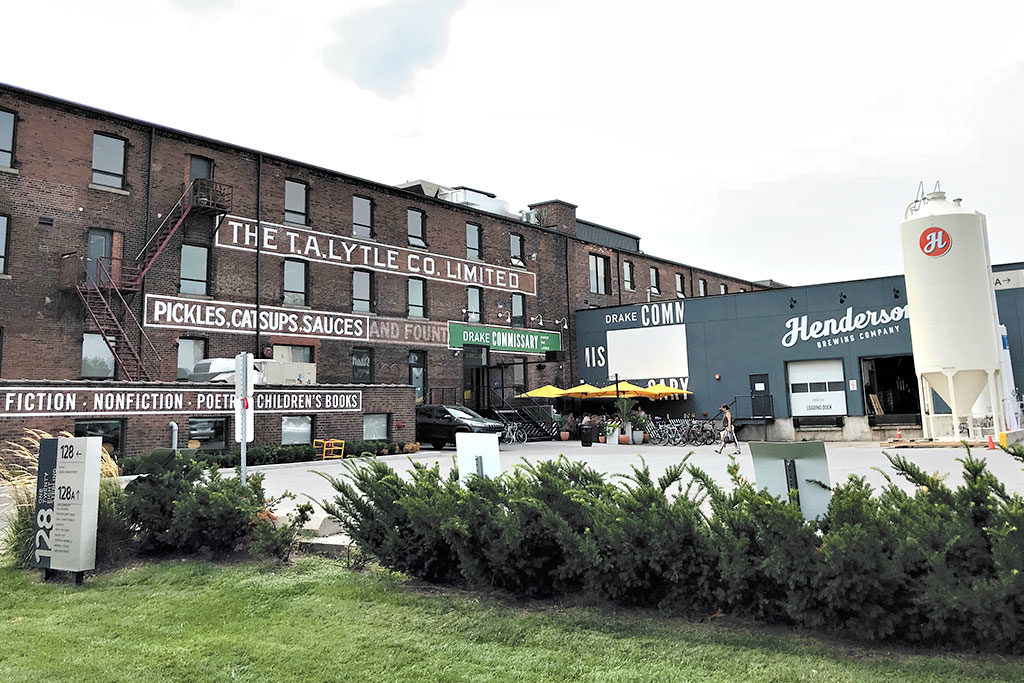 With Toronto’s ever-increasing housing prices, up-and-coming neighbourhoods can provide a sweet deal to buyers and renters who don’t mind going a little outside of the box. But it’s always best to get in while the getting is good before major changes occur that will add more value and make the areas out of reach for some.

Post City talked to David Fleming of Toronto Realty Blog and the top agent at Bosley Real Estate, and ace realtor Jamie Dempster, a savvy realtor who ranks in the top one per cent of agents in Canada, about five up-and-coming neighbourhoods that are attracting people with their affordability, amenities and transit accessibility.

Build it and they will come

Mount Dennis is a small west-end pocket that runs along Eglinton avenue West, bordered by the Humber River to the west and a commuter rail line to the east.

Although the neighbourhood is somewhat isolated now, that will soon change when the new Crosstown LRT opens, giving Mount Dennis residents easy access to the rest of the city.

“The LRT coming across Eglinton that will link everything is definitely going to increase the value of the homes in this area,” Dempster said.

In the meantime, there are great amenities close by, such as the Stockyards Shopping Centre, Fleming said, as well as a lot of green space.

“If you look at it on a map, there’s more green space surrounding that area than most areas in the city,” he explained.

The  parks in the area include Eglinton Flats, which has a cricket and soccer field, Fergy Brown Park, Gladhurst Park and other green spaces around the lovely Humber River.

To go with that green space is a lot of space in the homes you find there, according to Dempster.

“It’s one of the last places in Toronto to get a bigger property with a bigger Toronto older home for a reasonable price,” he said.

Want cheap? Head east. East Danforth, between Donlands Avenue and Woodbine Avenue, gets cheaper the further east you head, Fleming said, and has tremendous potential as development ramps up.

“Between Donlands and Coxwell will cost more than between Coxwell and Woodbine,” he said.

“Once you get on the other side of Woodbine, east of it, it really drops off. There’s a massive price discount.”

Dempster said that, although it’s not as desirable, the area has come a long way in the last 10 years and contains a “nice little pocket.”

The borders of east Danforth keep changing, he added. Once nobody wanted to live east of Coxwell, now that has changed to Woodbine, and the area around Coxwell has increased in value as new restaurants and amenities take hold and millennial couples flock to the area.

Now, according to Dempster, affordability west of Woodbine can be a challenge for buyers, but not impossible.

“What you’re seeing is a lot of people are moving into that neighbourhood, there are newer restaurants, Starbucks has moved in,” he said.

“A lot of people want to move there because their friends are there.”

That social aspect of the neighbourhood is supported by a number of bars, such as the Wren and the Only Cafe, that are enjoying the influx of new clients, according to Dempster.

“There is a lot going on in that neighbourhood,” he said.

For those looking to avoid the hustle and bustle of downtown and get closer to nature, Birch Cliff is there for you.

The neighbourhood runs along Kingston Road between Victoria Park Avenue and Birchmount Road.

Fleming said that although south of Kingston Road is filled with multimillion-dollar homes, there is still good value north of Kingston Road. He said houses can go for around $950,000, which is “phenomenal value” for that area and a new house.

Dempster said it is a “sleeper pocket” of the city and quickly becoming hot due to its affordability and “old Toronto feel” provided by the older homes in the neighbourhood.

There is also a slew of new contemporary condo projects on the way that will further gentrify the area. “I think a lot of people are just discovering it now,” he said.

Dempster said the community out there is a small island to itself with its own established bars and restaurants, as well as beautiful nature that includes old trees, the beach and Lake Ontario.

“You go out there, and you feel like you could be in a forest,” he said. “A lot of people who are runners, bikers or anyone who is outdoorsy, it gives them that access to the beach, which isn’t that far, and the lake.”

For west enders, Bloordale, between Lansdowne Avenue and Dufferin Street, is a hip, up-and-coming neighbourhood.

Dempster described the west end as a number of islands residents can move between, and Bloordale is nicely situated right in the thick of it all.

There is Dufferin Grove, Bloorcourt village, Bedford Park, Christie Pits Park to the east, and then the Junction, High Park and the cool community that has moved in after the Museum of Contemporary Art (MOCA) opened last year.

However, Bloordale does still have some “seedy spots,” Fleming said, such as a couple of strip clubs. But for up-and-coming neighbourhoods, he said you often have to get in while those things still exist.

Dempster said that those spots haven’t stopped young families from moving into the neighbourhood to take advantage of its affordability.

“I think Bloordale is really an up-and-coming neighbourhood for young families, and as a result, you’re going to see the old guard of the less reputable establishments will start to be forced out,” he said.

Destination area on the rise

Another area the Eglinton LRT will likely affect is Little Jamaica, located between Allen Road and Dufferin Street.

Dempster said the area will be “bumping” in the next five years after the LRT opens.

“This area could become the next Danforth of the west, or another St. Clair and Bathurst,” Dempster said.

Dempster predicts a lot of “new upstart restaurants” will hit the area to take advantage of reasonably priced retail spaces.

“We’re going to see some trendier restaurants, some trendier bars, more destination stores and restaurants … meaning people will start to go out of their way to go to Little Jamaica for dinner,” he said.

“That’s how the area has really become stronger and stronger.”