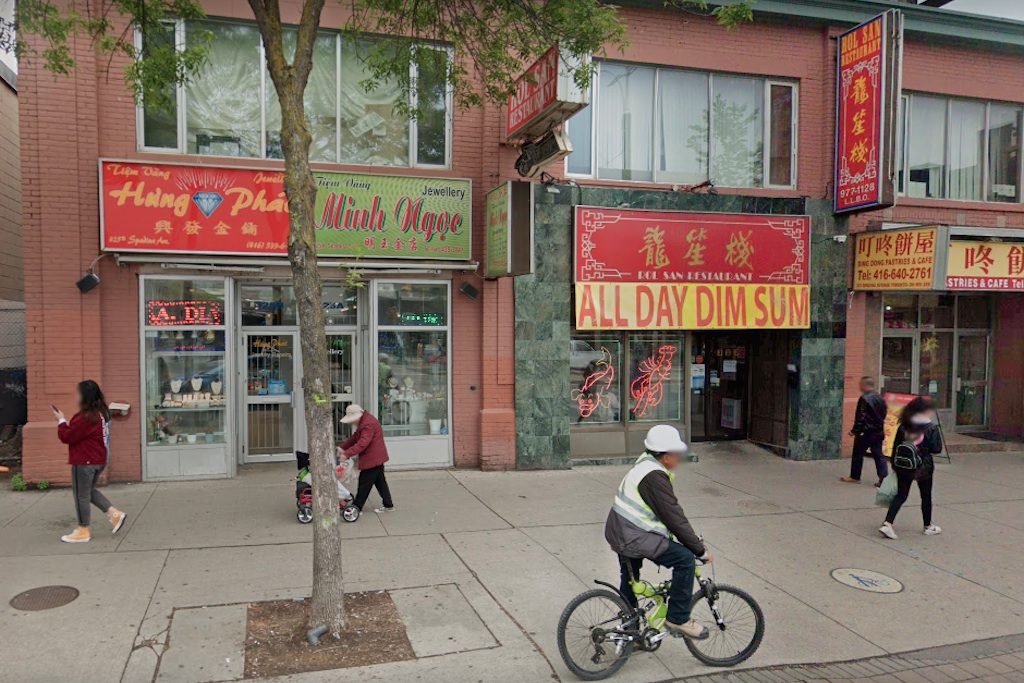 Movement is afoot to preserve the character of Toronto’s Chinatown neighbourhood after a development proposal was filed with the city.

A community consultation meeting is being held in Chinatown in response to a new building being proposed at Spadina Avenue and D’Arcy Street.

Plans were submitted to municipal officials in late July for a 13-storey mixed-use development spanning 315-325 Spadina Ave. If the application goes through, the building would contain 239 apartment rental units, primarily geared to young professionals and students, as well as 987 square meters for commercial retail businesses.

“The site is currently occupied by two undistinguished multi-tenant, low-rise retail commercial buildings,” states the development application, submitted by 315 Spadina Facility Inc. It notes how the complex faces a major arterial road (Spadina Ave.) and has a small surface parking lot located at the rear of the buildings, yet fails to reflect the built form character of Spadina Avenue. “These existing uses represent a significant underutilization of a property on an important street and an important transit route in the Downtown.”

In order for the revitalization to take place, the report proposes to remove both existing structures on the development site – meaning the project could lead to the closure of more than 10 longstanding businesses in the area. Some, such as popular dim sum restaurant Rol San, have been staples in the neighbourhood for more than a decade.

The #FOCT parody sign is now up at the corner of D’Arcy and Spadina, just a few steps down from the official @cityoftoronto development sign. Ours looks a little different tho ~ #flyingbokchoy #KeepChinatownTO pic.twitter.com/xkoFPAGsrp

“It’s called a community consultation for a reason, but it’s clear that neither the city nor developers have reached out to residents and business owners in the area,” said Brian Zheng, a representative of Friends of Chinatown Toronto (FOCT).

The FOCT – a grassroots organization that promotes affordability and inclusivity in Chinatown – tells us that some businesses at the development site weren’t even aware there were plans to tear the building down. They hope the community consultation will keep city planners and developers accountable to what the community really needs, as opposed to what “makes the most money” for stakeholders.

“Our goal is to facilitate transparency between developers and locals, to make sure Chinatown residents have their voices heard, and to know that they have a right to make demands from developers if they’re going to come into the neighbourhood with such a massive project,” Zheng added.

Referring to the developer’s proposal to build rentals units, Zheng says the goal is to make sure the rentals are affordable – that they don’t outprice local businesses with exorbitant rents.

“Plenty of new builds around the city advertise themselves as student-friendly, but still end up renting their units at market price, or more,” Zheng said. “If a development that’s twice the current zoning limit is going to totally change the physical landscape of Chinatown, let’s make sure they make up for it with prices and services that actually benefit the community instead of displace the people that live there.”